During the pandemic, and particularly during the second lockdown, the Care Opticians team noticed a significant change in the mental health of many of our patients who we see in a domiciliary care setting. This has manifested itself in our patients being far quicker to be critical of our service and to verbalise this in a quite an aggressive manner. As a practitioner who prides himself on delivering outstanding customer care, this can be very challenging. As an employer that sends my colleagues into people’s homes, this is an increasing concern.

As an example from December, I arrived 25 minutes early to an appointment with a couple in their late eighties living in their own home. The Care Opticians team have visited them on several occasions over the last six years. As the door opened, the husband advised me in no uncertain terms how poor our service was and how totally unacceptable it was to arrive so early.

I had not entered the house at this point, and he was so agitated I politely suggested that I wait in the car until the correct time. However, this suggestion inexplicably exacerbated his bad mood further – so, with trepidation, I entered his home.

I made the decision not to set up my testing kit, but just to listen to him. We chatted about the new world we found ourselves in, as his wife with advancing dementia came in and out of the lounge. On one occasion she appeared wearing a jacket and woolly hat announcing that she was ‘off out to the shops.’ Her husband calmy went through what was quite clearly a regular routine of removing her jacket and hat, whilst gently telling her that she ‘did not need to go out at this time.’ 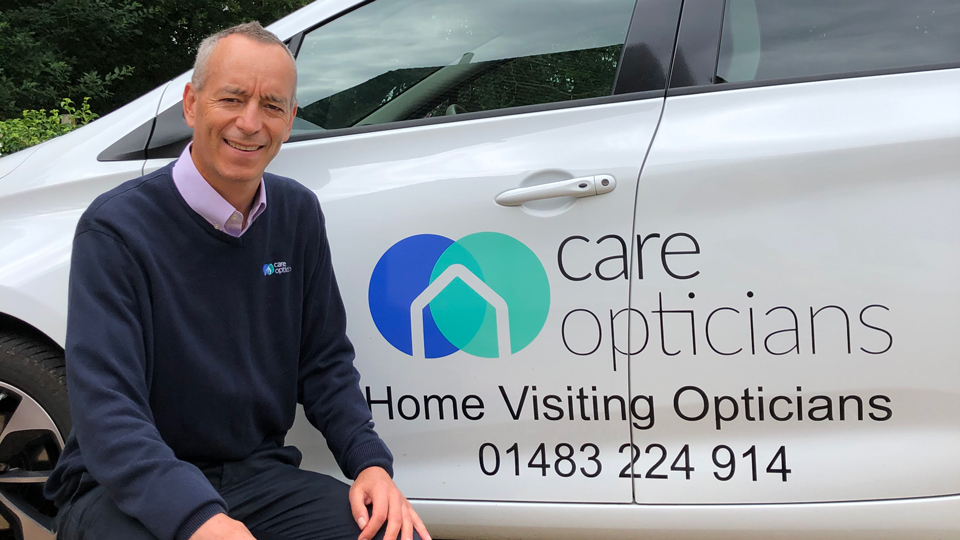 Prior to March, he explained to me, he used to have regular respite care several times a week, but this all stopped during the pandemic.

I completed the eye tests on both of them and prescribed him some intermediate glasses so that he could see his computer screen more clearly, which had been his lifeline with family over the last eight months.

As I went to leave, I turned to say goodbye and the atmosphere at his door could not have been more contrasting to my arrival. He looked at me and said, ‘do you know, you are the first person I have had a chat to, outside of my family, in eight months.’


The price the elderly and more vulnerable members of our society have paid during this pandemic has been huge, especially on their mental health

The price the elderly and more vulnerable members of our society have paid during this pandemic has been huge, especially on their mental health. As a domiciliary optometrist, the ability to listen has become an even more important part of our role to our patients.

Our housebound and vulnerable patients deserve our empathy and kindness more than ever before.

We should also be mindful that, when we encounter this unusual and irrational hostility, it is not really about us or the service we provide. Hard as it is, we should not take these outbursts personally. I am experienced enough to process what happened in this anecdote; my reason for sharing is that I hope this serves as a source of encouragement to my peers who may be less experienced and less resilient when faced with this scenario. It is likely to be a factor in domiciliary care for some time.

Paul Chapman-Hatchett is CEO and clinical director of Care Opticians, and is a practicing optometrist and AOP member who has been conducting domiciliary visits for over 25 years.