Patient Dean Wright, from Cardiff, and optometrist at Specsavers Queen Street, Tahira Rahman, on a sight test that led to detecting a tumour

When, in a time pre-COVID, Dean Wright visited optometrist Tahira Rahman for a routine appointment, he expected it would be a standard sight test. However, inflamed blood vessels led to a referral that eventually detected a tumour the size of a golf ball.

A few years post-surgery, now recovered and back at work, Mr Wright is keen to emphasise the importance of attending sight tests. He speaks to OT about his experience.

Patient, Dean Wright (DW): It was just a routine appointment. I had received a letter to say that my appointment was due so I thought it would just be a standard test. I had no symptoms to speak of. Given what happened and with the benefit of hindsight, looking back, there are a few things that maybe I could attribute to the tumour. I was occasionally getting dizzy spells: particularly when I jumped out of the van I drove for work, I would have to steady myself.

DW: At the end of the test, the optometrist said that there was something not quite right with my left eye, some of the blood vessels were slightly enlarged which wasn’t entirely normal. There wasn’t anything to particularly worry about, but she would like to refer me to the hospital to have a more in-depth test to see if they could figure out what it might be and what treatment it would require, if any, or if it was something that was going to correct itself. 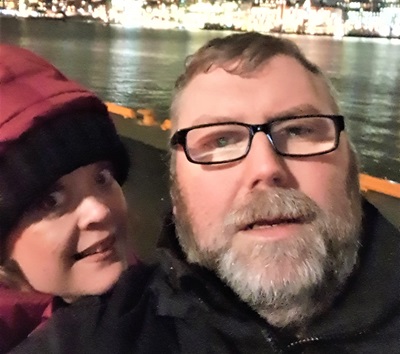 DW: The optometrist was very calm and sensitive about it and reassured me. She just said that there was something not quite right but that the hospital would have the equipment to take a closer look. I said of course, if that was what I needed to do. You put your wellbeing in the hands of the people that are qualified to tell you what they think you need to do.

Did have to undergo further treatment and what has been the outcome?

DW: I received my appointment and had some tests at the hospital. While I was in the waiting room, they asked if I would do the tests again because there was quite a difference between the way the two eyes were working. The results were the same and so then I saw the head of department who said they would like to refer me to have a CAT scan.

The following week I attended for the scan and then I was referred on to neurology for an MRI.

In the hospital everything moved very fast and they wanted to admit me for surgery. When I saw the consultant, they talked me through what it was: cerebral meningioma. A tumour, just slightly bigger than a golf ball, was millimetres behind my left eye and had clamped itself to the inside of my skull. As the tumour was growing, it was pushing my brain upwards. They couldn’t believe I didn’t have any symptoms.

Hospital scans revealed Mr Wright had a cerebral meningioma – a tumour slightly bigger than a golf ball behind his left eye
Thankfully I didn’t really have time to dwell on it because of the speed between the scan and the surgery. The operation went as well as could be. It was meant to be four hours, but I was in surgery for nine hours, because they realised they would be able to get the entire tumour out.

I was there for six days and thankfully, as the days went on, things got better, and I was back on my feet.

I was off work for six months and then I began on a phased return, around this time last year, building up until I was back for a normal day.

DW: I don’t think the general public recognise the importance of a sight test and what it can potentially flag up. I’ve been guilty of it in the past myself and I’m sure plenty of people are the same: you receive the reminder and think ‘I can’t be bothered with that.’

The speed with which I went from a scan at the hospital to an operation tells me that they thought it was something that needed to be addressed quickly. Within six days of the scan, I was operated on, and that is all thanks to the optometrist who referred me in the first place.

A sight test is very important and my story illustrates that – and I’m sure there are plenty of other stories similar to mine as well. It could save your life. If I hadn’t had gone, who knows what would have happened.

I’m very keen that people realise, though maybe my story is at the far end of the spectrum, could you be without your sight?

Be confident in your ability

Optometrist, Tahira Rahman (TR): After I looked at the back of Dean's eyes, I knew his optic nerves looked slightly swollen, so I carried out extra tests including visual fields and motility. I also checked colour vision and red desaturation, which can be present in cases of early optic nerve disease. 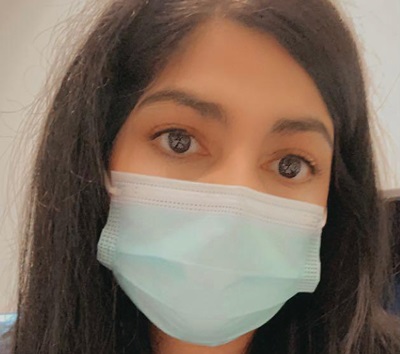 Tahira Rahman, optometrist
The nerves had a slightly swollen appearance, which I knew could be serious, usually indicating underlying issues. This could include something behind the eye, in the brain, pushing on the nerve and causing the swelling. However, this normally would cause a person to have severe headaches and to feel very unwell. But Dean didn't have any symptoms. For that reason, I suspected he may have had optic disc drusen, which can also give the nerve a swollen appearance. Optic disc drusen is more common in people that are very long-sighted, which Dean is.

How do you approach explaining what you had identified?

TR: I explained that the nerves appeared slightly swollen, which can be serious, however I reassured Dean that all the other extra tests I carried out to help diagnose a swollen nerve all came out fine and Dean was asymptomatic. I explained that I suspected he may potentially have optic disc drusen, which is harmless, but that I wasn't comfortable leaving it at that. I made sure I used layman's terms to describe my findings to Dean and explained that I wanted to refer him to the hospital eye clinic, who would be able to confirm the diagnosis, and because I wanted to be 100% sure. I stressed the importance of my referral to him.

TR: I referred Dean to the University Hospital of Wales to be seen by an ophthalmologist for a second opinion. From there the ophthalmologist confirmed Dean's nerves did look a bit swollen and referred him for further scans, which revealed a golf ball sized brain tumour.

TR: I was very shocked to hear Dean had a brain tumour the size of a golf ball, but I was happy that I was able to help someone who was completely asymptomatic. It's a very rewarding feeling to have.

Dean came in for an eye test after his surgery, but I wasn't in clinic that day. He left a wonderful thank you card for me. The next day I called Dean to hear how he was doing after surgery and what happened after the referral I made. He seemed very appreciative. It was like there was a new meaning to an eye test for him and he was encouraging everyone around him to attend their appointments.

1. If a patient is asymptomatic and some of the extra tests are normal, be confident in your ability
2. Do refer the patient if you see something that looks suspicious
3. Be clear to the patient about the reason for your referral and the importance of attending the ophthalmologist appointment.