With the end of term ‘travel window’ open, many students across the country are returning from university ahead of the festive season. OT  heard from students about their plans 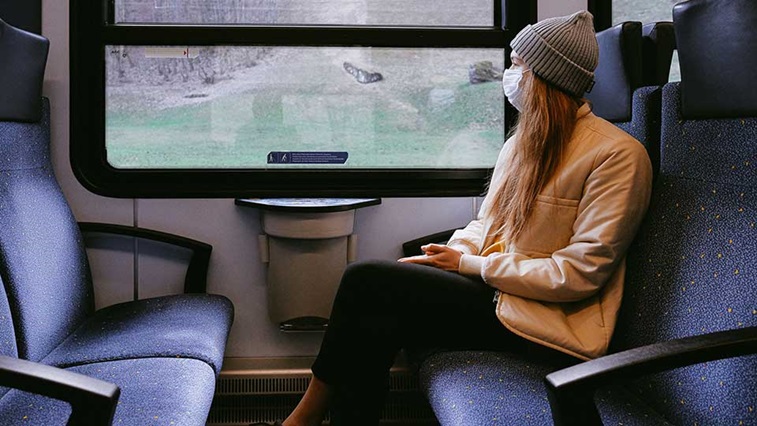 In years past, the journey home from university for the Christmas holidays might have been made once the flurry of final lectures and assessments had finished and following the various social events that are markers of the season.

For some, the end-of-term typically meant long, or multiple train journeys, carrying heavy suitcases filled with a mixture of revision and presents for family.

This year however - and like much of life in the wake of COVID-19 - the end-of-term will look very different, and students have already begun returning home from their term-time addresses.

Many courses are moving online to enable students to return home during the designated ‘travel window’ the Government earmarked for students in England, between the 3 and 9 December.

Universities across the country have established on-site asymptomatic testing facilities, to provide peace of mind to those students planning to travel and minimise the risk of transmission to potentially more vulnerable family members and communities.

When announced last month, the Government’s guidance was largely welcomed, with students expressing a sense of relief, though students and educational unions expressed concerns over the practicalities of the plans.

In a recent poll on OT’s Instagram, students were divided on whether they would be travelling during the designated travel week, with 49% saying they would, while 51% said they would not be.

Some of those who might not be taking up the travel plans include commuting students, those with work commitments, or healthcare students in Wales who are allowed to stay at university until the end of term for clinical placements and face-to-face teaching.

One of those students in England who are heading home during the travel window is Hina Patel, optometry student at the University of Bradford.

Ms Patel will be travelling to meet her brother at his university in Manchester, where their parents will pick them both up. She shared with OT: “This will mean less time on public transport at a time that could be quite busy.”

This also felt like a safer option, Ms Patel reflected, adding, “We wouldn’t want to bring anything home, despite testing negative for COVID-19.”

The University of Bradford provided free testing facilities on campus between 30 November and 6 December for asymptomatic students intending to travel away from university for the winter break. The process involves two tests, booked three days apart, before the intended date of travel.

Describing the system as “organised and flexible,” Ms Patel shared, “I think the testing system at Bradford has been done quite well.”

Having two weeks of clinics, then subsequently two weeks of remote learning, has been a positive experience for me

For the final few weeks of the term, as with many courses across the country, sessions on optometry courses will be moving online.

“I think although it has been hard, the optometry department at Bradford has been great,” Ms Patel reflected. “Face-to-face clinics end two weeks before they were meant to, but all other teaching, including virtual clinics and lectures, will still take place.

“Rather than lose time, the virtual OSCEs that were meant to take place in January have been re-scheduled for the last week of the semester.”

The travel plans won’t affect all students, such as those who commute to university, but the move to online lectures will be familiar to those who first moved to virtual teaching during the first lockdown, and who have perhaps seen a hybrid-approach since.

As a commuting optometry student, Indy Ghuman, from Aston University, won’t be travelling but will see lectures reshaped. He said: “The central university and Vision Sciences department have worked to provide guidance to all students on what the arrangements are, which is reassuring to see.”

“Due to the suspension of on-campus teaching from 9 December, similar curriculum rearrangements have also been made, such as re-arranging practicals and assessments that would be missed in that last two weeks,” he added.

City, University of London, has its last face-to-face teaching day on 8 December, though online sessions will continue as planned. Those leaving their term-time address to travel for the winter break have been advised to travel during the Government travel window where possible, and have been offered the option to book a free asymptomatic test.

Also a commuter, optometry student Fatema Master told OT: “Having two weeks of clinics, then subsequently two weeks of remote learning, has been a positive experience for me.”

She shared: “It’s given me more control over my learning experience by having a greater responsibility to stay well-organised, self-motivated and enhancing a higher degree of time management skills to keep up with the pace of the course.”

At times, video calls can come with challenges such as sound delays, which can make engaging with the content difficult, Ms Master told OT, but shared: “I don’t feel my learning has been disrupted.”

Universities in Wales have also agreed to move the majority of teaching online by 8 December. However, medical students, or those on programmes with clinical placements and face-to-face teaching requirements, have been allowed to stay on after 9 December.

First-year optometry student at Cardiff University, William Bastock, shared that he plans to stay until the end of term and leave on 19 December, explaining, “Cardiff has allowed us to stay so that we don’t fall behind on practical work, which falls in line with the Welsh Government advice of allowing healthcare students to stay on.

“For me, the next few weeks will be much the same as normal, with perhaps a few less people in the clinical sessions,” he shared. “Cardiff has been very open with us and has communicated the rules and procedures in the best way possible.”

Millie Trotter, also an optometry student at Cardiff, told OT: “The next few weeks are looking like they are going to be quite busy as I’ve still got in-person teaching until 18 December, and we also have two assessments in the last week of term.”

Ms Trotter shared that while she had considered travelling during the student travel window, which would have meant she could spend her birthday at home, she didn’t want to miss clinical teaching.

Arranging travel home has been challenging, Ms Trotter shared, with her parents planning to make the drive to collect her. She noted: “Normally I would just go home on the train, however I am apprehensive about getting public transport.”

“I have considered staying in Cardiff for Christmas just so it is less stressful for my parents, as it’s around a 15 hour round-trip from Northumberland to Cardiff and back,” she admitted.

“Staying in Cardiff would be safer as the last day I can get a university COVID test is 15 December, but I have two in-person teaching sessions and a shift at work between then and going home,” she said. “I know that it is highly unlikely that I will catch COVID-19 in that time, but there’s still a risk.”

Reflecting on the challenges, Ms Trotter shared: “Hopefully all the stress and worry will be worth it when I am finally home.”

When the student travel window opened on 3 December, the Government also released its guidance for returning in the new-term, asking students to stagger their return to universities.

From 4-18 January, the Department for Education has suggested medical students, and those on placements or practical courses that require in-person teaching, should return in line with their planned start dates.

Remaining courses are encouraged to offer online learning from the beginning of term so students can continue studying from home, before gradually beginning to return from 25 January over a two-week period. By 7 February it is expected that all students will have returned. All universities will be offered testing facilities to help identify asymptomatic students.

Educational unions have welcomed the plans, with Universities UK sharing in a statement: “A staggered approach will allow enhanced testing capacity to be maximised so that COVID-safe in-person teaching can begin at the start of term for some students, and shortly after for others.”

The National Union of Students also welcomed the plans. However the union highlighted: “It is shocking that on the night before the ‘travel window’ opened students didn’t even know whether they would be returning to campuses at all.”

The union also urged universities to ensure that students who will be remaining in their term-time accommodation are not overlooked during the winter closure.

Although there will still need to be work done over the break, I think being with my family and seeing the New Year through together will be nice

For now, though, students travelling away from their term-time addresses are looking forward to returning home.

“I’m grateful to be able to do so; there are many students who cannot,” Ms Patel told OT. “Although there will still need to be work done over the break, I think being with my family and seeing the New Year through together will be nice.

“So many have lost so much this year, it will make us appreciate what we have so much more,” she shared. “To say this year has not been good I think is a big understatement, but who knows what the New Year will bring. I’m hoping it is a positive change.”