Howard Bainbridge, who was admitted into the Livery of the Worshipful Company of Spectaclemakers in 1995, has retired from the Darlington practice he joined at the age of 15

Optical technician and practice director, Howard Bainbridge, has retired after almost 70-years at Cooper and Leatherbarrow Opticians in Darlington.

Mr Bainbridge joined the practice as an apprentice in 1953 after leaving secondary school. He began working under the guidance of George Leatherbarrow, the grandfather of the practice’s current managing director.

Since then, he has spent most of his career in the workshop of the Hakim Group practice, hand-designing, manufacturing and fixing spectacles, with the exception of two years of national service at the age of 18.

Mr Bainbridge has continued working three to four days a week and after a period of self-isolating over summer, returning to this pattern in September. 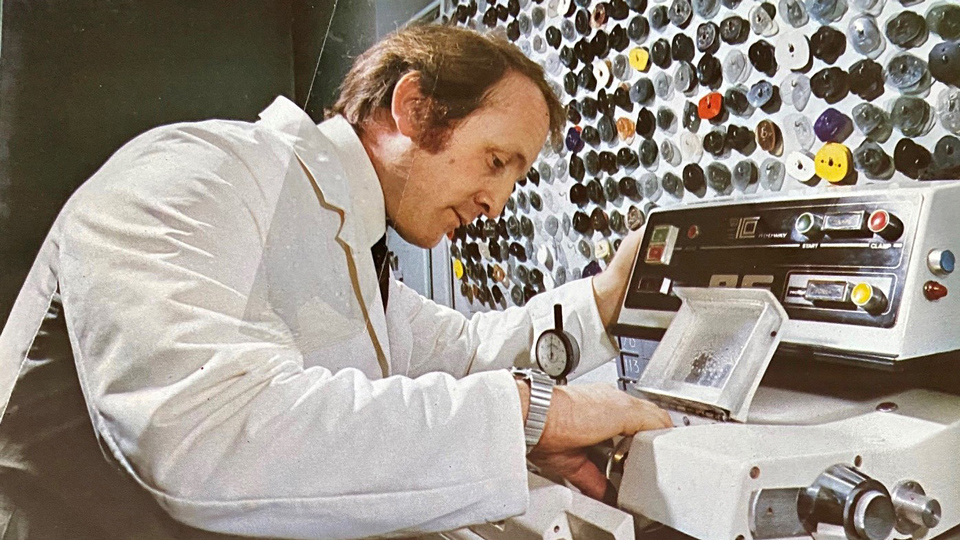 Mr Bainbridge in the workshop in 1975

Mr Bainbridge admitted he had dreaded retirement, but that after self-isolating over the summer, “knew this would be the right time to finally call it a day.”

Thanking “everyone who I have crossed paths with in the optical industry” along with colleagues and patients, Mr Bainbridge continued: “I leave the practice happy in the knowledge that Cooper and Leatherbarrow will continue to be the independent and family practice it has always been, with the same standards and beliefs our patients have come to expect over these years.”

Mr Bainbridge was recognised for his contribution to the profession in 1995 when he was admitted into the Livery of the Worshipful Company of Spectaclemakers, through which he was made a Freeman of the City of London.

Frank Norville, who made the recommendation and has worked closely with Mr Bainbridge, called him “the go-to person” for advice, adding: “There is something just magical about optics in that there are so many like Howard who have enjoyed an entire working life in our wonderful environment. Howard will ever be a legend, ever a friend and gentleman spectacle maker.”

Mr Leatherbarrow began working at the practice as a 15-year-old in his summer holidays under the mentorship of Mr Bainbridge.

“Howard has had almost 70 years of living and breathing the company; he is here every morning at eight o’clock and rarely out of the place before half past six,” Mr Leatherbarrow said. “He has single-handedly run our workshop for 45 years and he’s known throughout the industry as a hard but fair negotiator.

“As a colleague and friend, he has been totally dedicated and reliable, a man of the highest integrity and a pleasure to work with. Although we know it will be hard to stop him popping back into practice after his retirement, we’re going to miss him dearly.”