“There must now be a fairer renumeration for the work we do, and less reliance on products” 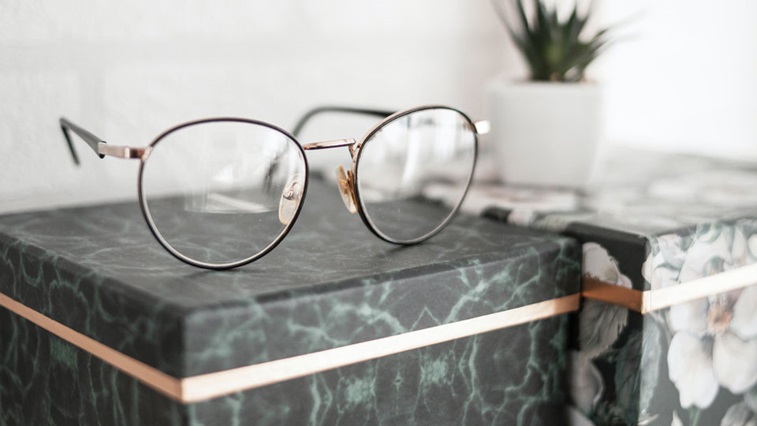 While optometrists across the profession are dealing with the effects of the coronavirus (COVID-19) pandemic, the reality that is emerging for locum optometrists is increasingly complex.

Early concerns were focused on the gaps in government support for the self-employed, with many locum optometrists failing to qualify for the benefits available due to the £50,000 earnings cap. These concerns were raised by the AOP to the Chancellor early on in lockdown, and were noted in a Treasury Committee report on 15 June, which was welcomed by the AOP, who called on the Government to act on the recommendations made by the Committee “as soon as possible.”

In the last month, locum optometrists have highlighted a fall in locum rates over the lockdown period, with employers suggesting this is due to a decrease in demand and revenue across the sector.

Addressing the issue in May, the AOP urged employers to “retain the trust of the locum workforce by treating them fairly in circumstances that seem sure to be challenging for everyone for some time to come.” The association emphasised the need to ensure that rates reflect the value of the work locums do as the volume of activity increases.

OT spoke to three AOP Councillors to ask if a drop in demand is making a decrease in locum rates an inevitability as practices work to survive, and what might happen in the next few months as the sector returns to routine practice.

“It is important for locums to have a dialogue with practices”

Observing the concerns, practice owner and AOP councillor, Tushar Majithia, told OT: “There are numerous reports of practices offering reduced locum rates and many locums feel that some practices are using the pandemic as an excuse to drive down rates.”

“Many feel that there should be a spike in demand and they should be paid a ‘fairer’ rate for their clinical expertise and the fact that they are taking on greater risk from contracting COVID-19 in the course of their work,” he added.

He noted that there have been examples of rates being set based on the number of patients being seen and linked to dispensing rates, commenting: “Many locums feel uncomfortable with being offered much lower daily rates or a performance based daily rate as they feel that their clinical skills are being devalued.”

Mr Majithia confirmed he would not be looking to reduce fees paid to locums at his own practice, Lunettes Opticians, explaining: “We do not rely on high volumes of patients and we value the contribution that locums can make to the practice.”

Considering why practices may be setting rates at a lower level, Mr Majithia said many have concerns about the impact that reduced patient numbers and the restricted capacity could have on income.

Recognising the concerns of many locum optometrists and the desire to encourage fair rates, Mr Majithia shared a note of caution: “They are self-employed or operate as limited companies and they do not have a contract of employment. The locum rates vary considerably depending on supply and demand. Locums have the right to set their own fees but if they unite to set a rate, they could be seen to be operating as a cartel and run the risk of breaching competition rules.”

AOP members have union representation through their membership. This is through the British Medical Association (BMA), and the AOP’s in-house legal team can also advise members on employment issues including equal pay and disputes over contracts.

“I believe it is important for locums to have a dialogue with the practices they are engaging with to express these concerns,” Mr Majithia said. When communicating with businesses, he recommended highlighting the increased risks locums are taking on in their work, the clinical skills they can offer as well as “how they can add value to their work in the new environment.”

Based in Scotland, AOP councillor and locum optometrist, Alison McClune, has seen another side to the issue. The country has followed a different model through the pandemic, though she has maintained a close interest in the discussions around locum rates in England.

With triaging over phone and video consultations, and face to face care offered through designated emergency eyecare treatment centres (EETCs) in Scotland, Ms McClune said, “there has been no locum work, hence no rates are being discussed. This will come clear as practices reopen.”

Elaborating on the key concerns for locum optometrists, Ms McClune said: “Personally, it is the unknown and the lack of finance. I am in the 5% who have not qualified for any government assistance. My greatest concern is around when I will return to paid work.”

As a trustee of the Benevolent Fund, Ms McClune has also seen the concerns of optometrists from early on in the lockdown, before the Government set out aid for the self-employed. As the situation has evolved, the initial fear over finances has changed to concern over the possible reduction in locum rates, and the amount of available positions after lockdown.

“Relating to the wider sector, it is well known that sales are required to supplement the examination fee,” Ms McClune highlighted, noting that while the fees are higher in Scotland, “sales are still vital.”

“Reducing the number of examinations per day will impact on sales and revenue,” she said, suggesting that it highlights an issue “that has plagued optometry for years,” and adding: “If revenue is down, salaries will reduce across all roles.”

Considering the concerns around the amount of work that will be available after the lockdown, Ms McClune commented: “If there is inadequate revenue, some, or many, practices will close. Immediately that reduces work possibilities.”

On the other hand, Ms McClune highlighted that if practices could be booking appointments far in advance to manage the backlog of patients from the past few months, there is an argument that part time practices may require more help to work full time initially.

“It all hangs on the speed of recovery of the economy and also the lack of another phase of the virus,” she continued.

“Personally, I find it reasonable that a business that is not making the same amount of money should offer lower rates,” Ms McClune said. “But how low would I be prepared to go?”

“We are in a profession that carries risk and, with that, responsibility. There must now be a fairer renumeration for the work we do, and less reliance on ‘products.’”

Calling the need for upkeeping communication with practices “vital,” Ms McClune explained: “I have made a point of sharing information and checking in with a couple of practices I locum for.

“One in particular has very much kept me in the loop. That provides me with a bit of confidence that there could be work ahead, and will also allow me to hit the ground running as part of the practice team.”

It will be necessary for locum optometrists to understand what practices expect, and also what they can expect from businesses, such as protective equipment. Ms McClune added: “We need to be communicating and also considering work hours and fees. Are there other jobs we can do, such as triaging? It is all negotiable and could help practices adapt.”

“Everyone has got to work together”

Jonathan Bennett, Boots franchisee and AOP councillor, agrees that it may not be a drop in demand that is leading to a decrease in locum rates, he told OT: “We have 25% of our year’s worth of patients ready to come in, plus we have what we’d expect to see between July and December, six months of our year. We’ve got to somehow fit nine months’ worth of patients into six months.

“On top of that, we’re seeing patients every 45 minutes rather than traditionally 30 minutes. So we’re only able to see two patients where we would typically see three,” he said, adding that while the demand will be there, there won’t be enough appointment slots to accommodate it.

“That means we can only earn 60–70% of what we normally earn. Realistically, if our turnover is down by 30%, I think locum optometrists have to understand if their wages are down by 30% too,” he commented, adding: “It’s not a case of cutting locum rates to increase profitability, it’s a case of having to cut the locum rates to be able to survive.”

Mr Bennett currently works with locum optometrists for holiday cover and said he plans to pay those locums he works with at the same, or a similar rate, to before COVID-19.

He added that practices face a difficult situation where they may already have a full-time employed optometrist, suggesting “you can’t really cut their salary, at least from an employment law point.”

Recognising the challenges locum optometrists are facing, Mr Bennett suggested the profession needs to work together to find a balance going forwards, suggesting associations such as the AOP are best placed to suggest solutions that represent everybody.

Mr Bennett also emphasised the importance of communicating through this transitionary period, adding: “I think we have to look at it from both sides of the fence. Everything has changed and everyone has got to work together.”

The AOP will be hosting a webinar for locums on 30 June at 6pm, covering key considerations for working in practice during the COVID-19 outbreak. The ‘Top tips for negotiating contracts’ webinar will provide an overview of the challenges faced, and explore how effective contract negotiations can help locums back into the practice setting, covering key considerations and communication tips.

The Optical Benevolent Fund is available for those facing financial difficulty or an immediate crisis, and can provide financial support or put applicants in contact with agencies for further support.

The AOP Peer Support Line is there for members and non-members to talk through problems or concerns with a trained peer in a dedicated non-judgemental space.