Patient has 68-year old pellet removed from his eye

A US ophthalmic surgeon has removed a BB pellet that had been in a patient’s eye socket for 68 years.

The 78-year-old patient had been referred from his general ophthalmologist for the removal of the foreign body in preparation for an MRI scan.

The half-centimetre BB pellet had not affected his vision, and though the patient could feel it when he looked to the left, he hadn’t felt that it needed to be removed in the years prior.

The patient had explained to professionals that the pellet had come to be in his eye socket following an accident where his brother accidentally shot him with a BB gun when he was nine.

“Because he didn’t have any vision changes, his brother had said at the time: ‘Look, you’re fine. Don’t say anything because if you do we’re going to lose our BB guns,’” explained Srinivas Iyengar, ophthalmic plastic surgeon at San Diego Eyelid Specialists. “So they decided they weren’t going to say anything to their parents. He continued on to get married, have kids, grandkids.” 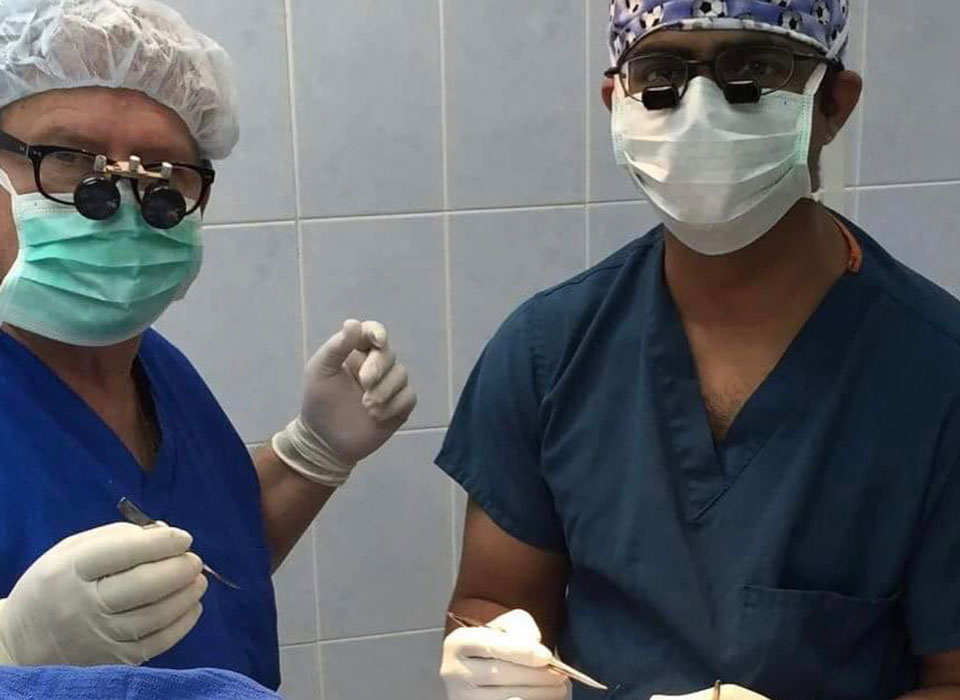 “To put this in perspective, the BB pellet had been there since Dwight Eisenhower was president of the US and Winston Churchill was the Prime Minister in the UK,” he continued.

To put this in perspective, the BB pellet had been there since Dwight Eisenhower was president of the US and Winston Churchill was the Prime Minister in the UK

There are also studies to show that a BB is safe in an MRI, but there is the risk it could potentially move, Mr Iyengar said, adding: “if it is easily accessible and you have an experienced surgeon who can take it out, why not remove it and decrease the risk?”

“He’s lucky it didn’t go in his eye. He had no vision complications and it ended up sitting in his eye socket,” the surgeon added.

Asked if the BB pellet is the oldest foreign body in the eye socket he has seen, Mr Iyengar said: “It is definitely the foreign body that has been there the longest.”

“I do a lot of volunteer work and one of the interesting cases I’ve seen was in Cambodia, where I had to remove a large piece of bamboo from a child’s eye socket that had been there for six to seven months and the child had developed a bad orbital infection. I thought that was a long time for something to sit there, but this is 68 years,” he continued.

Before the surgery, Mr Iyengar offered to give the pellet back to the patient, who wanted to mail it back to his brother as a surprise. The patient said that while he would have liked to hand it to his brother in person, it would be a while before he could see him due to the pandemic. 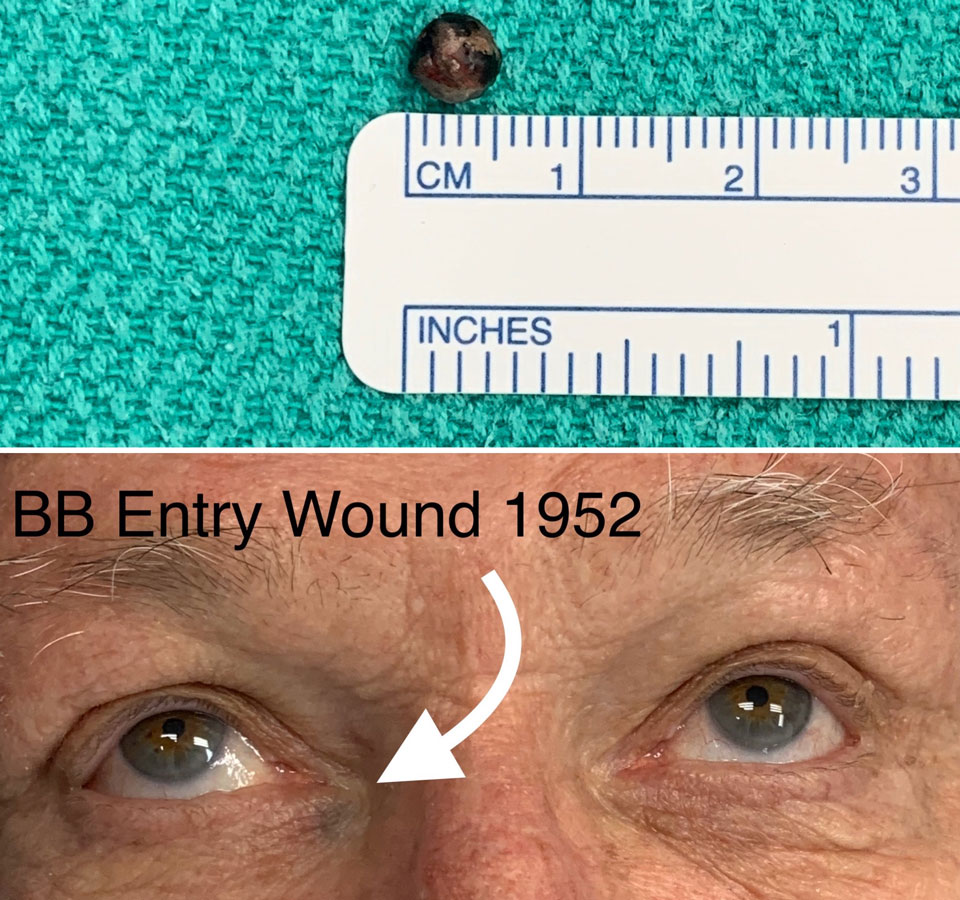 Considering the length of time the BB pellet had been in the patient’s eye socket, Mr Iyengar said he had tried to imagine the historical context of 1952, when the accident occurred. He said: “I thought this was an interesting story from a historical perspective. In the US this was kind of a critical time, when people talk about the ‘Greatest Generation’ of those who had come back from the second world war. It is interesting that more than half a century later we are doing surgery on this guy.”

“I have a younger brother, so the first thing I did after surgery was to call my brother and tell him the story. I thought it was kind of a story or a pact of two brothers that they wouldn’t say anything,” Mr Iyengar continued.

He added: “I think now he can safely have it removed without his parents finding out and confiscating their BB guns.”

Mr Iyengar said he feels this is an important story to discuss now, highlighting: “We see all these people protesting and at least in the US, there are people being hit by rubber bullets.”

Mr Iyengar explained: “If rubber bullets are employed, the risk of eye injury is pretty high. Something travelling at that high speed, if it hits the eye it can result in vision loss, optic neuropathy, hyphema, or ruptured globe.”

“I think we’re going to see a lot more eye injuries here in the next year with some of the protests. Not only with blunt projectiles, but also with the tear gas,” he said, emphasising the importance of taking a good history from patients with potential projectile injuries.

I have a younger brother, so the first thing I did after surgery was to call him and tell him the story. I thought it was kind of a story or a pact of two brothers that they wouldn’t say anything

“This story relates to what is going on because of these projectiles,” he said, but added, “However, it is also a positive story at a time when most of the news these days is not so positive, and shows two brothers in their 70s who still have a sense of humour.”