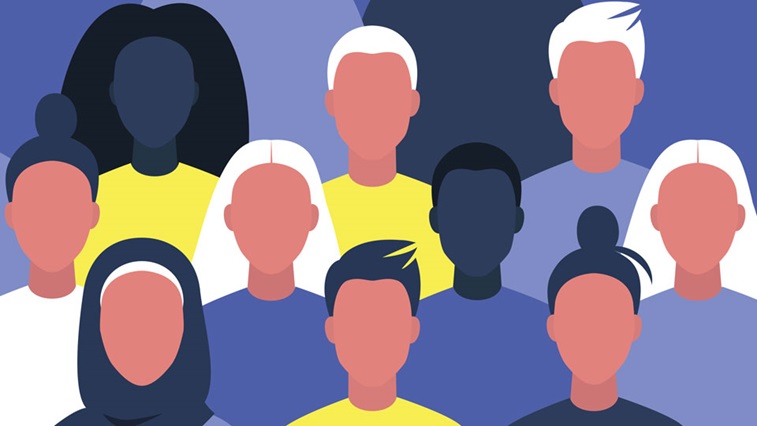 Getty/nadia_bormotova
A series of posts shared on social media have highlighted optometrists’ experiences of racism within eyecare, with calls now being made for the retraining of management and enforcement of zero tolerance policies.

This comes amidst heightened discussions around racism, as a series of campaigns and protests have been held worldwide in support of the Black Lives Matter movement.

Optometrist Hamza Mussa, who posts on Instagram as ‘The Crazy Optom’, organised a series of polls via Instagram stories and has shared over a hundred testimonies, exploring experiences of racism within the optical profession, and how these incidents were handled in practice.

In a poll of 895 people, 82% (731 respondents) agreed they had experienced racism in practice.

“What started this for me was a friend’s post on an Instagram page called ‘POC (People of colour) Voices of the World’ where she talked about how she had been treated as an optometrist,” Mr Mussa told OT.

While the majority of patients had been “lovely,” she had said: “You do still get that one percent who ask specifically to be seen by a white optometrist.”

Mr Mussa said of the story: “This post made me think. It’s not new to me, I’ve experienced this myself and with my platform I decided to put the poll up.”

Encouraging optometrists to also share their experiences, he told OT he had received approximately 250 direct messages.

Especially with everything in the news at the moment, you hear about racism but do we ever take a closer look to home to see if there is racism and bias in our own profession?

“From there, you could get the idea that these aren’t being handled very well or at all in practice,” Mr Mussa said.

This led to a further poll (of over 590 people,) which asked what happened after raising an incident of racism to a manager or director. Some 81% of respondents said the patient had still be seen, and only 19% said a zero tolerance policy was enforced.

“That poll was probably the more shocking to people, that these patients were still seen quite casually in practice, despite being racist or discriminatory to a member or staff,” Mr Mussa commented.

He continued: “Especially with everything in the news at the moment, you hear about racism but do we ever take a closer look to home to see if there is racism and bias in our own profession?”

Discussing common themes amongst the experiences shared, Mr Mussa explained that the question, ‘Where are you from’ appears most often, adding: “It is very important how it has been said… You know when someone is being offensive or discriminatory about it. It is the first thing out of their mouth, and when you say British, they ask, ‘Where are you really from?’”

“From there you normally get, ‘You speak really good English,’ as if we weren’t born and raised here and aren’t British.” Mr Mussa added: “The next that pops up is, ‘I want to see a white optometrist.’”

Among the testimonials were also stories from white optometrists who had been asked to accommodate a patient who had refused to be seen by another colleague, Mr Mussa said. “That’s a very awkward position for them to be put in as well, because that in itself should be wrong. A lot of colleagues who replied in messages said this was eye opening for them and they didn’t want to become part of the problem in accepting to test these patients.”

Optometrists who wear the hijab also often feel discriminated against, the testimonials found, along with optometrists from abroad.

At least I’m able to help someone feel better. Shining a light on it, however hard it is to read, has achieved some good.

When reflecting on how incidents had been handled, Mr Mussa said the common experience from the testimonials highlighted “the biggest theme is management trying to do something, but which in its essence is wrong – the accommodation of it.”

“By saying to the patient, ‘Yes we’ll find somebody else to see you,’ or keeping them to one side until you have a work around for it, it’s like management going out of their way to please the patient,” he said.

He pointed out that in some examples where optometrists have spoken against discrimination and customers have become loud or threatened to leave bad reviews, the customer had been offered a discount.

“These patients are rewarded for their behaviour,” Mr Mussa said.

He also pointed out that where companies might have policies in place, some optometrists felt they were seen in a negative light “for causing a scene.”

“Zero tolerance is on the front of it, but it should be enacted in all situations and it shouldn’t be a case that practitioners are embarrassed to need to use that policy, for fear of what management will do after the fact,” he added.

Discussing the responses of management in incidents of racism, Mr Mussa suggested: “I think some managers might think they are doing the right thing by getting the patient in with someone else so as not to cause any more hurt to their optometrist. That comes down to the level of training.”

In some examples where optometrists have spoken against discrimination and customers have become loud or threatened to leave bad reviews, the customer had been offered a discount

The optometrist has since been in touch with optical organisations and employers to highlight the issue and also to ask for a number of steps to ensure racism in practice is “taken seriously.”

This includes recommending retraining at director and management level to ensure zero tolerance policies are enforced, a renewed stance or statement from companies to stand against racism, and a recommendation for a “discreet or confidential” reporting process for optometrists who feel they have been “dismissed on an issue of racism in practice.”

Reflecting on the testimonials and poll responses, Mr Mussa said: “It’s nothing new to me.”

He added that the scale of responses had made clear that this is a regular experience for some optometrists, continuing: “It’s heartbreaking for me. At the same time it’s good to shine a light on it, because this stuff was all there in the first place – it’s not new. At least I’m able to help someone feel better. Shining a light on it, however hard it is to read, has achieved some good.”

Responding to the issue, AOP policy advisor, Kathy Jones, said: “This is a very troubling issue that needs urgent consideration.”

“The AOP will shortly be publishing member guidance for employees and employers on the points raised in the poll including reminding employers of the legal requirements in respect of equality, diversity and inclusion, and what to do if faced with racism in the workplace,” Ms Jones added.

If you have been affected by any of the issues covered in this article, the AOP Peer Support Line can provide a space to talk. While no advice will be given, the confidential helpline connects callers to trained volunteers to discuss any issues.