“You really feel like you are making a difference”

Optometrist at Clearview Opticians in Lincoln, James Bramley, and patient Derek East discuss how a cataract treatment follow-up earlier this year led to the discovery of a pituitary tumour 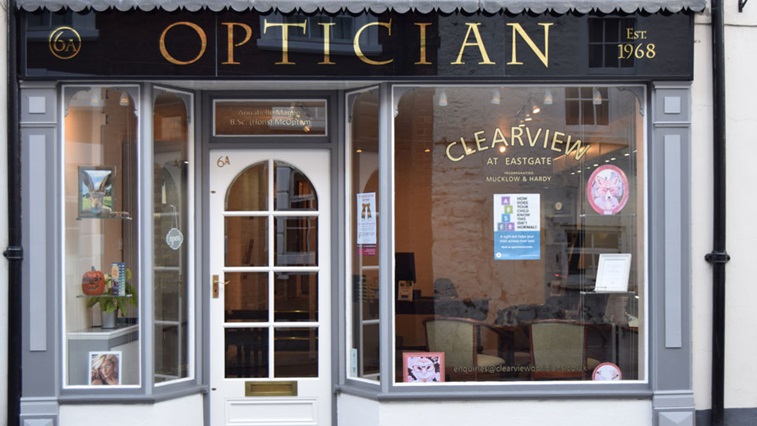 Before you went for a sight test had you experienced any symptoms?

Derek East (DE): When it started, I was out fishing with friends and while they were catching fish, I struggled to see my float. Mr Bramley did different tests and worked out that something was wrong. If it hadn’t been for him I could have been blind.

What did the optometrist find and how did they explain it to you?

DE: I had been receiving treatment for cataracts and I went to see Mr Bramley after it had been removed. He said the cataract treatment was perfect so he couldn’t understand why I was still having trouble seeing. He sent me back to the hospital to have a scan.

DE: I thought it was a bit strange going into the hospital so early. In the hospital the doctor told me: “I’m afraid I’ve got some bad news for you. You’ve got a tumour on the brain.”

He asked me if there was anything I wanted to ask but at the time you can’t think. You just think of the worst.

Did you have to undergo further treatment and, if so, what has been the outcome?

DE: The operation went well and my eyesight is perfect again. I went to the opticians to get new glasses and they are absolutely perfect. I can see alright and feel alright.

DE: Yes. After this I will be going to the opticians to have them tested every year and I will always have my eye tests done at Clearview Opticians now. I tell my friends they are the only opticians I am interested in.

DE: I was hoping to get out fishing again but coronavirus (COVID-19) has meant I have to stay in. But I’m keeping myself busy, cleaning and polishing – it’s all you can do. 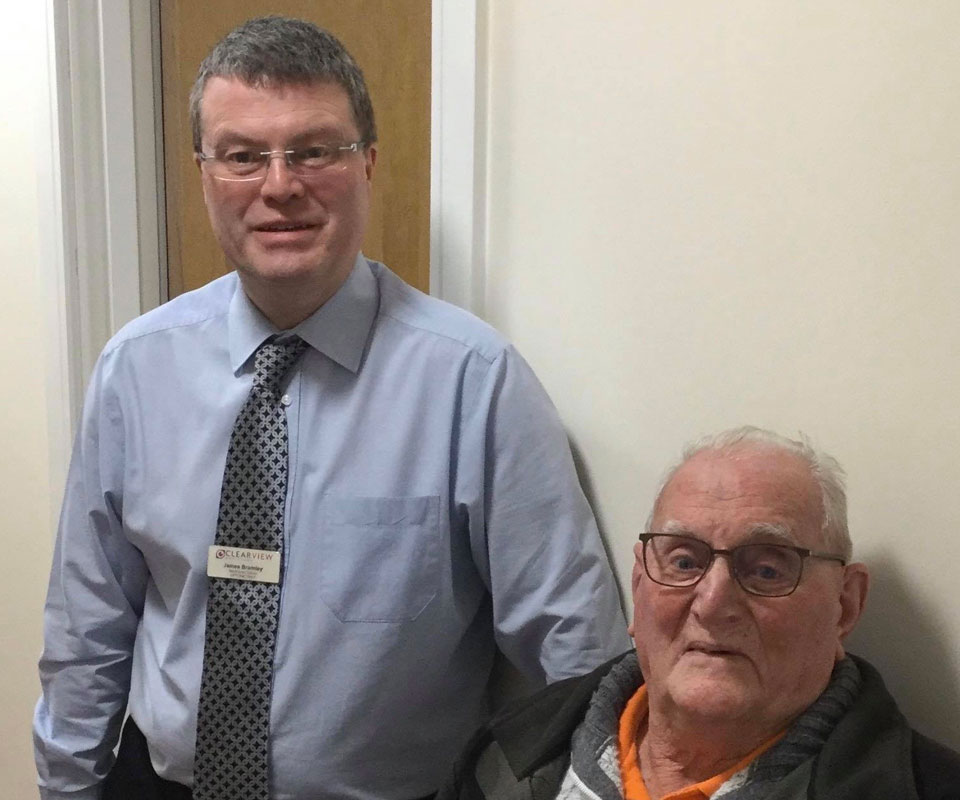 What did you identify during the sight test earlier this year and what was your reaction?

James Bramley (JB): The patient had been struggling with his vision and one eye had a fairly dense cataract. I had referred him and he went for cataract surgery, but when he came back to the practice afterwards his vision was not as good as we both wanted. He was complaining of some field loss and reduced vision. While the cataract surgery went well, he just wasn’t seeing as well so I began to think something else was wrong.

I don’t think my first thoughts were that it was a pituitary tumour but it was one of those occasions where you get a hunch that the patient should be seeing better. I felt something else was going on so it was time to refer him.

JB: At that stage I was not 100% sure of what could be wrong so I wasn’t too specific. I explained to him that it looked like the cataract treatment had been great but as the vision was not as good as either of us would have liked, I wanted to refer him back.

I think the cataracts could have been masking some of the symptoms that became more obvious once he had received the treatment.

We don’t just help people to see, we pick up all kinds of issues related to general health

JB: Once the patient had been treated he came back into the practice for a pair of glasses and so I could check to see how his vision was coming along, particularly his field of vision, which was starting to improve. I am expecting him to have some visual field defects, but I think some of it will resolve. Some of it has, and he is coping pretty well.

The patient was very happy with the outcome, which is always a nice part of the job. I’m pleased to say we don’t pick these up all the time but when you do, you really feel like you are making a difference.

This is actually not the first time I have picked up a tumour in an eye exam, I think I’ve had more than my share. One particular case really stands out for me where, a few years ago, a young lady was passing the shop and decided to book an eye test as she had never had one before. During the test something didn’t seem right so I referred her and it was found that she had a brain tumour. After an eight or nine hour operation she was okay and even came back to the practice a few years later for a routine sight test.

An eye test is always a good thing, and patients might think it is routine but it isn’t always; it can save a life. We don’t just help people to see, we pick up all kinds of issues related to general health.