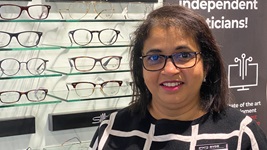 "Getting a guide dog was like winning the lottery" 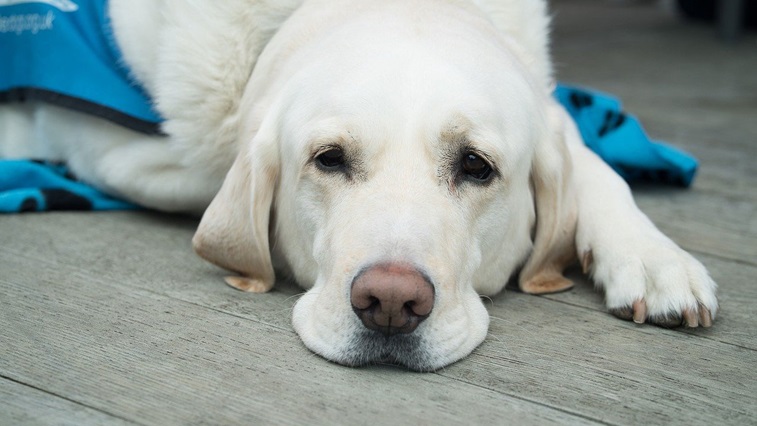 I left school at 15 and did an apprenticeship at Burnley Football Club. On your 17th birthday they call you in to say whether they are going to offer you a professional contract or not.

I got the contract. During my football career, I played for Burnley, Queen’s Park Rangers, Everton and Wolverhampton. In the professional game, it is every player’s dream to try and represent their country. I was lucky enough to do that eight times. I had a wonderful career. I value that so much. There is no better life than a professional footballer.

As a sportsman, there are lots of highs and lows. You are mentally prepared for certain things. Having a positive outlook on life has certainly helped me with the massive change in my life that has come through becoming a guide dog owner.

I had been approached in the past about an autobiography but I turned it down. The thing that convinced me this time around was that David Roberts, the publisher, has produced a commentary for blind and visually impaired Watford fans during every home game over the past 20 years. He doesn’t get paid. I thought ‘He is my type of guy.’ Sometimes in life it is not about getting paid. It is about giving something back.

I found out 20 years ago that I had glaucoma. When I did the medical for the football clubs, the one thing they never tested were my eyes. If I had my eyes tested all those years ago, I might not have been in the position that I am in now. I was 50 when I was diagnosed.

It was the optometrist who picked it up. I felt like I needed glasses for reading so I went to the opticians. He told me I needed to see a specialist. I probably had the condition without knowing for years. Glaucoma is that sort of disease – it is a silent condition that comes in on you.

When I lost my driving licence, that was a massive change in my life. A brown envelope came through the post one morning. It said, ‘Dear Mr Thomas, I’m sorry to inform you that you have failed your fields of vision and you cannot drive again.’ It was an absolute bombshell. You have two choices: you can either sink or swim. I was shocked but I got over it.

The most awful thing before I had the dog was when there were loads of people around. When your peripheral vision goes, you feel as if you are going to walk into people. On the odd occasion we would go to people’s houses when there was a crowd and I would just sit in the corner. It made me less social. I didn’t want to talk to people.

Getting a guide dog was like winning the lottery. It is incredible how they match the dog to the owner. We are in the countryside. There are no footpaths or kerbs and we have one bus every hour in the village. We have horses, ducks, geese and chickens. You don’t want a guide dog who is chasing after the chickens. They think of everything. My dog Hannah is the most wonderful dog ever.

She is a golden Labrador. Wherever I take her, I trust her so much that it gives me the confidence to go places where there are lots of people around. I can’t tell you how much difference the dog has made. It is just absolutely fantastic.

Dave Thomas is a former professional footballer and guide dog owner. His autobiography, Guiding Me Home & Away, is published through Hornet Books.