“I started crying down the phone and told them, ‘You’ve saved my life.’” 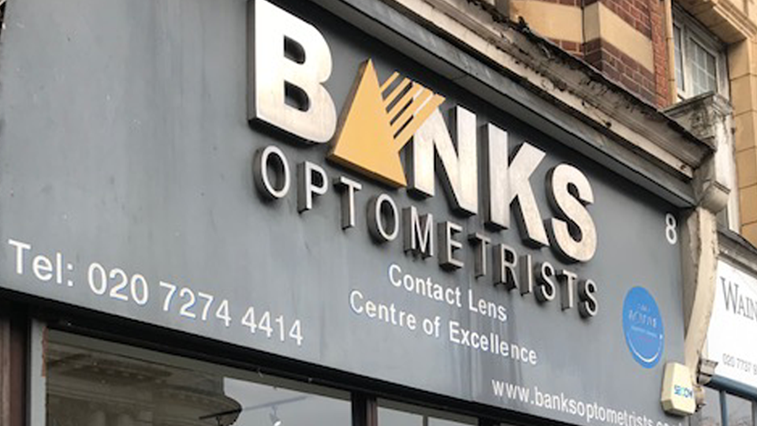 Carol Barnet (CB): I had been getting really bad headaches and sometimes it would make me sick. I went to the doctors for something else but mentioned the headaches and they told to make an appointment at the opticians. The optometrist at Banks Optometrists did loads of tests and said, ‘I want you to go the hospital now.’ They said that there was something at the back my eye that needed looking at with an MRI scan.

CB: It took me a long time to realise what was going on. I had been getting headaches but I thought that I probably just needed new glasses. I couldn’t stand any noise or having the light on. The surgeon said to me that I probably would’ve died had it carried on. It was hard to take it all in and I couldn’t understand what was going on. It was a shock. It has changed my life completely.

Did you undergo further treatment and what has been the outcome?

CB: I went to St Thomas’ Hospital in London and after some tests they sent me to King’s College to have an operation. They found a big cyst in my head and apparently it had been growing for years. It was the size of a golf ball. It was wrapped around my brain and it took seven and half hours to remove.

My optometrist phoned me up on the Monday to make sure that I had gone to the hospital. I started crying down the phone and told them, ‘You’ve saved my life.’ I feel so much healthier. I can’t thank Banks Optometrists enough. I’ve been back to the hospital for an assessment and everything looks ok. I’ll go back for another scan in August.

CB: It has definitely changed my view on the importance of sight tests. My daughter gets headaches too and she wears glasses, so I keep telling her to go the opticians.

What was identified during the sight test?

Uma Patel (UP): The patient had been experiencing black spots in her vision for a few years. She’d had a blackout a few weeks before the test and was having intense migraines. The GP had given her painkillers but it wasn’t really helping. She came to see us and in the test we noticed that her optic disc was swollen in the left eye more than the right eye.

UP: We explained that the examination showed us some swelling on the nerve at the back of the eye and these findings required her to go to the hospital urgently to rule out any serious issues. We don’t go into too much detail because it is a lot for someone to hear from us about what could be going on. We try not to speculate and tell the patient that they need to be seen at A&E straight away. We describe what we see but don’t give a diagnosis.

What are your three top tips to other practitioners when making a referral?

UP: 1. The first thing we do is to take a detailed history and ask about the symptoms they are experiencing because that’s key in an urgent referral. During the test, we spend a large amount of time speaking to the patient to find out what’s been going on and piece it all together

2. Be thorough in your report because the more information provided to the hospital, the easier it is for them in their assessments. They can look at what you did, compare it to their results and spot patterns

3. Make it clear what department you want the patient to be seen in, whether it be corneal or retinal, for example, because it will save a patient going to the wrong clinic and delay their treatment further.