“Organ donation has given me my life”

UltraVision project engineer, Nick Stonehouse (pictured), on paying tribute to the memory of his daughter and organ donor through discus

At the age of 12 and a half, my daughter was 5ft 10in. Everybody knew her at her school. Even if they didn’t know her personally, they recognised her because of her height and her smile. She stood out.

The first time she threw a discus on school sports day, her tutor stood out in front of them waiting to measure it, knowing that most kids can’t throw it past 10 metres. Then Nicola came out and the tutor had to duck. She broke the discus record for the entire school at 11 years old. She had long arms – long levers as they say. I’m 6ft 2in and she was going to be 6ft 2in.

She went to hospital on a Sunday night with viral encephalitis and five hours later she had a massive seizure and died. Three years after Nicola’s death, I had an adverse reaction to St John’s Wort and suffered acute liver failure. I went from feeling very tired to needing a liver transplant in six weeks.

Organ donation has given me my life. It means that I can see my son grow up and hopefully settle and have children of his own

The games are about celebrating the donors and doing things that you couldn’t do before. At the national games, we all compete for the hospital or transplant unit where we were treated. Some people couldn’t get out of bed or walk to the toilet before their transplant. Now they are swimming and running 50m, 400m or laps of the track. One heart transplant recipient told me he couldn’t even turn over in bed without breaking into a sweat. We both then raced in the 50m freestyle in around 37 seconds. 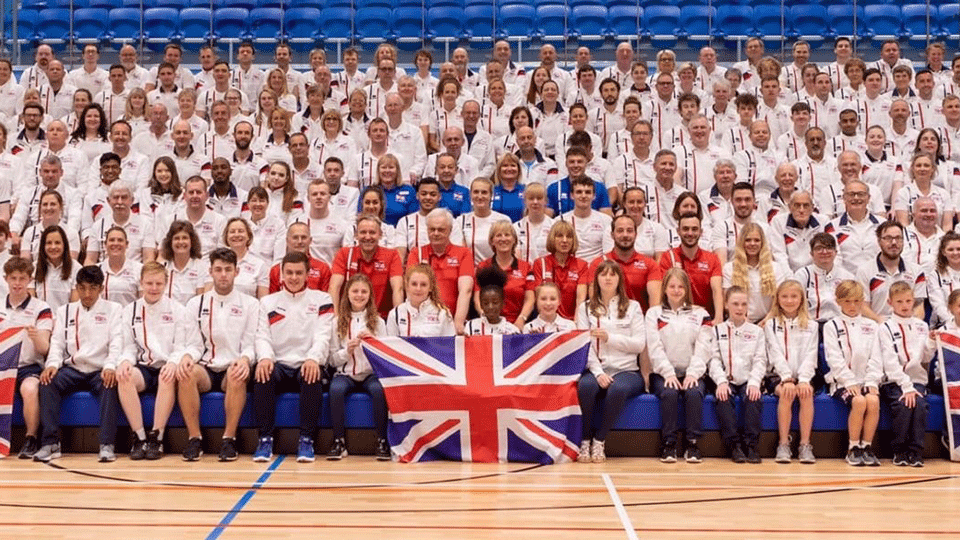 The Great Britain and Northern Ireland team at the World Transplant Games
There is a huge sense of comradery with so many people with so many stories. You feel right at home. Some of the biggest cheers are for those who come last because they are the ones who are really battling physical and mental adversity.

It’s an emotional moment when you see the kids racing. They compete from three years and up. There was one young girl at the Birmingham games who had only started to learn to walk again two weeks before.

I have met my donor’s parents. Organ donation is an incredible thing to do. In my daughter’s situation, we were told that she was brain dead, and within half an hour you are being asked about organ donation. For families to turn around and say yes, in what is a horrendous situation, is beyond remarkable.

Organ donation has given me my life. It means that I can see my son grow up and hopefully settle and have children of his own. There are fathers and mothers who get to see their children marry and go on to university, others that go on to start their own families and achieve their dreams in life. It is endless. I know that as I go through life, I will see things that I wouldn’t be here to see without organ donation.

The British Transplant Games runs in Coventry from 30 July–1 August 2020.

You can register as an organ donor online. Remember to take the time to talk about your decision with family and friends.