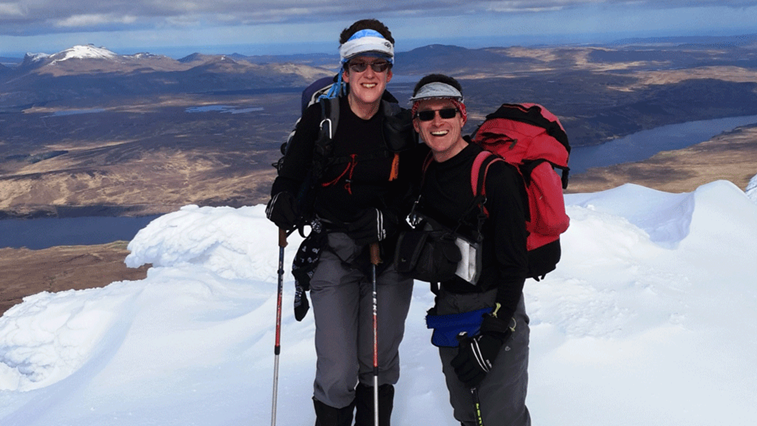 Scottish optometrists Sue and Ron Howie will complete a skydive in March next year to raise money for Dundonnell mountain rescue team (MRT).

Ms Howie, who works at Goskirk Pettinger Optometrists in Dingwall, and Mr Howie, from Asda Opticians in Inverness, are keen mountain climbers and chose to raise money for the service after being involved in the rescue of a fellow mountaineer.

Speaking to OT about the rescue, Ms Howie said: “We have never had to use the services of an MRT but were actively involved with a rescue of a fellow mountaineer in Skye in 2012.”

“We were full of admiration for the MRT members who gave up everything to make their way to the mountain rescue base that day to involve themselves in the rescue of the unfortunate individual. We really wanted to do something out of our comfort zone to raise money for MRT,” she added.

Weather permitting, the pair will complete the skydive on 1 March 2020 at Strathallan Airfield in Auchterader.

Goskirk Pettinger Optometrists has three collection tins, one for each of its practices, which are based in Dingwall, Inverness and Golspie for patients to make donations. A JustGiving page has also been set up for anyone who wishes to make a contribution.