More employees are excited about Monday mornings at the Hakim Group than any other small business in the UK according to a 2018 Sunday Times poll. OT  talks to Imran Hakim for his secrets to HR success

Walk into the boardroom of the Hakim Group’s headquarters in Darwen and you are greeted with the quote: ‘It is always impossible, until it is done.’ The converted cotton mill looks out on a chimney that was the tallest and most expensive to build in England when it was constructed in 1867.

“This is home,” Imran Hakim said.

“It is where I have grown up, where my father and grandfather grew up. People know each other, they have the time to keep the door open for you, to say good morning and thank you,” Mr Hakim shared.

Patriotism for what Mr Hakim affectionately describes as ‘the gritty north’ occasionally baffles his wife, a former Londoner.

But it is this sense of pride of place that is infused throughout the Hakim Group, which now has more than 100 independent practices under its wing.

Each business maintains a sense of individuality and offers eye care that is tailored to the community it serves.

“I love the fact that if you went into any two of our independent practices you would not link them together. They each celebrate their uniqueness, their heritage and what makes them different,” Mr Hakim shared.

While having the freedom to offer a bespoke service, independent practices within the Hakim Group benefit from back office support in aspects of the business such as human resources, procurement, marketing and finance.

“Our business strategy is built around the notion that being an independent doesn’t mean that you must go it alone,” Mr Hakim emphasised. 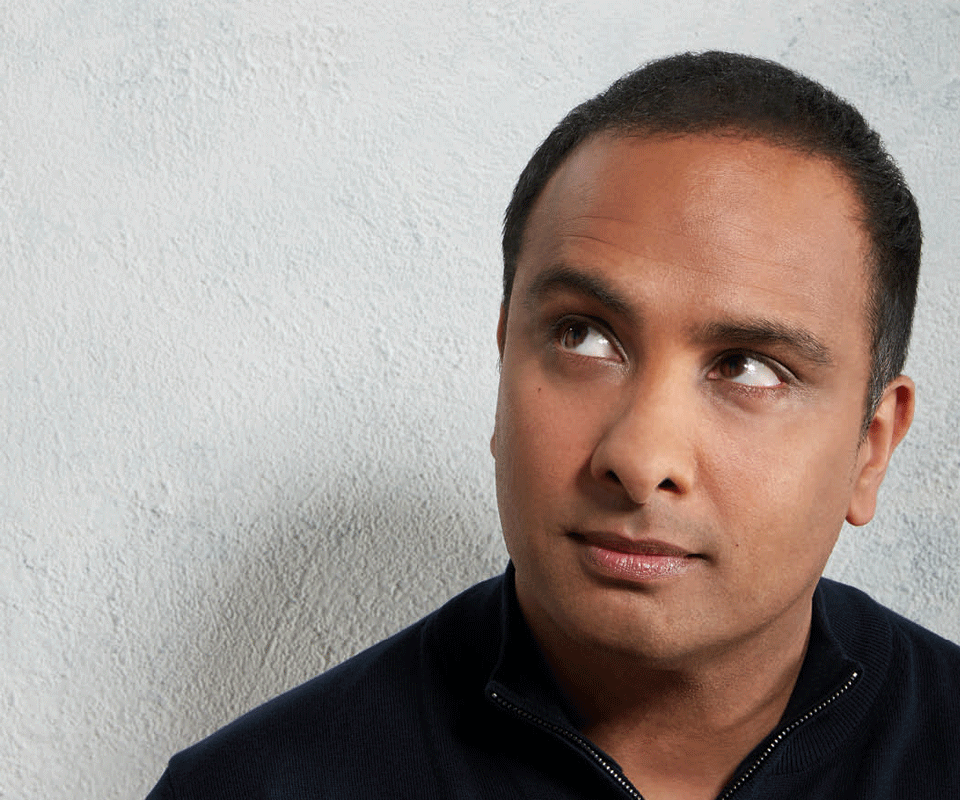 His is a strategy that has received several accolades, with the Hakim Group topping a list of 100 companies across a range of industries as the 2018 Sunday Times best small company to work for in the UK. Mr Hakim was also recognised as the Best Leader within the awards, which is determined by feedback from staff at 799 participating organisations. He is the joint winner of the Scale-Up category in the EY Entrepreneur of the Year Awards 2019.

Aside from official recognition, Mr Hakim notes with pride that every single joint venture partner who has joined the group is still with the business.

Mr Hakim established his first practice following qualification, working as a locum during the day and spending his evenings on joinery and decorating ahead of the practice’s opening.

A successful appearance on Dragon’s Den saw Mr Hakim spend time in China sleeping on factory floors while he worked on a children’s toy that would eventually be distributed in 45 countries worldwide.

“It was a real baptism of fire. I have always been very challenge orientated. I found that I wanted to try something different to seeing patients all day every day,” he said.

I love the fact that if you went into any two of our independent practices you would not link them together. They each celebrate their uniqueness, their heritage and what makes them different

After establishing the Hakim Group, Mr Hakim’s most challenging year in business came with the death of his father, Ismail Hakim, in 2010.

“It was a year where it was difficult getting out of bed every morning. I struggled to energise and empower people when I wasn’t feeling that way myself. After a period of grieving and then accepting the loss, the way I coped with it was that I threw myself into my work,” he said.

His father had worked two jobs while Mr Hakim was growing up and provided inspiration for his approach to business.

“My father was the entrepreneur who never was. He came to the UK with 50 pence to his name and made many sacrifices to ensure that I got the opportunity to pursue my dreams. When I opened my first practice he lent me the £2000 I needed and his words still ring true in my ear. He said, ‘Son, don’t let me down.‘” 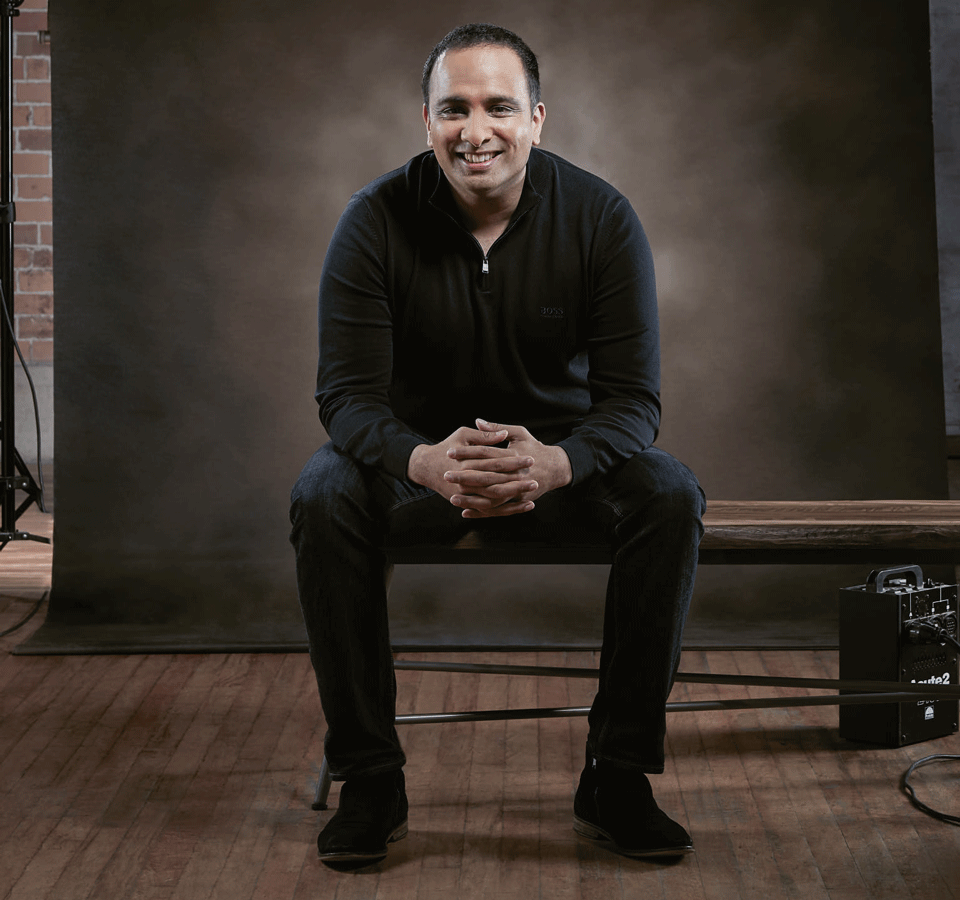 The Hakim Group now has a staff of close to 1000 employees across England, Scotland, Wales, Northern Ireland, Ireland and the Isle of Man.

Benefits that Hakim Group employees receive include a health plan, a financial flexibility fund and an extra day’s leave for every employee on their birthday.

The health plan covers services such as dental treatment, physiotherapy and emergency appointments. Within the Hakim Group, the financial flexibility fund gives employees the ability to borrow money from the business interest free if unexpected costs come up – for example, at Christmas time or following the birth of a child.

The Hakim Group Giftbox offers employees a range of perks, including cashback on weekly shopping, half price restaurant meals and holidays.

Support and training is provided through the HG Academy, while the business also offers financial support for employees who want to advance their careers.

If you are in charge of a business, then that business will inevitably end up adopting some element of who you are

Optical bodies, such as the AOP of which Mr Hakim is a member, can also play a role in supporting professionals. “Especially in a marketplace that is competitive and challenging I think these communities have a huge role to play.

They can provide some of the support that is needed during good times as well as bad,” Mr Hakim shared.

A unique aspect of the Hakim Group is that each independent practice retains a unique identity. Mr Hakim shared his belief that a company does not have to have one name above the door to be successful. “You can celebrate your legacy and heritage and still be just as commercially successful if you have a clear direction of who you are, what you stand for and where you are trying to get to. Being independent is one of our biggest strengths.”

Asked how he has managed to stay true to the vision of the business as it has expanded, Mr Hakim emphasised the importance of a consistent culture based on strong values.

Within the Hakim Group there is a focus on all employees being honest, ambitious, kind industrious and meticulous.

“These are timeless values that are at the heart of every one of our independent practices, which creates cohesive teams,” Mr Hakim said.

He highlighted that throughout the time that the business has developed, there has been a focus on enabling people within the business to develop and flourish.

Business is the opportunity to make a genuine difference

Emphasis is placed on carefully selecting the right employees with the right mindset and attitude and then trusting them to perform the job, Mr Hakim shared.

“The culture that I have always tried to create is one where you don’t have to micromanage people. Hire people with the right values and behaviours and then empower them to make decisions.”

Mr Hakim highlighted that a successful human resources strategy is about breaking down barriers between different teams and different departments.

“Any successful business has a really strong connection between the people who are working in different parts of the business,” he said.

“You don’t want people working in silos for objectives that are individual but may not be productive for the rest of the team.”

“Our people management strategy is less about work and selling frames; it’s the happiness of the individual that’s the most important thing. That’s not always about work. We encourage goal setting, both inside and out of work. We take a leadership approach when it comes to management, ensuring that colleagues are proactive and strive towards common goals rather than micromanaging people.”

Mr Hakim is a firm believer in leading by example and making sure that his actions follow his words.

“If you are in charge of a business, then that business will inevitably end up adopting some element of who you are,” Mr Hakim observed. Before he steps through the door on weekday mornings he will have meditated for an hour, worked out with his personal trainer, dropped his three young daughters off at nursery, preschool and school, before stopping by at his mother’s house for a catch up and a hot drink (half coffee, half hot chocolate).

Exiting the Hakim Group boardroom there is another quote that serves as a daily reminder to look past the mundane: ‘Dream big.’

“You don’t have to come from a certain place, wear a certain suit or have a certain type of background to really make a difference on this planet where we have such a limited amount of time in life to spend,” Mr Hakim said.