City, University of London optometry undergraduates, Sadaf Khan and Iram Ahmed, share their experiences of a Vision Aid Overseas project in Africa after being awarded the 2019 Irvine Aitchison memorial bursary 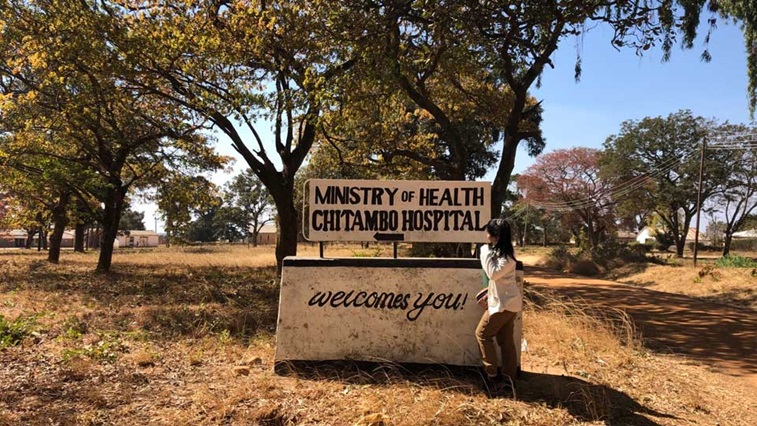 Our recent trip to Zambia with Vision Aid Overseas (VAO) was one of the most memorable trips of our lives.

The local people were very happy to receive their glasses, with many of them telling us how their lives would be enhanced as a result of their improved vision

Our first week in Zambia involved working at Chitambo Hospital in Chitambo. The group on our project consisted of three optometrists, Mark Esbester, Caroline Clarke and Laura Bennett, as well as us, two optometry undergraduates who joined the team after being selected for the annual Irvine Aitchison memorial bursary.

Neither of us had been to Africa before, or travelled anywhere alone, so, although we were excited, we were also nervous. However, we soon realised that there was nothing to worry about as the team, and the Zambian people, were very welcoming.

During the first week of the project, we successfully tested the eyes of over 250 people. We also dispensed ready reader glasses to those who needed them and ordered spectacles from the VAO’s Vision Centre for prescriptions that we weren’t carrying with us. 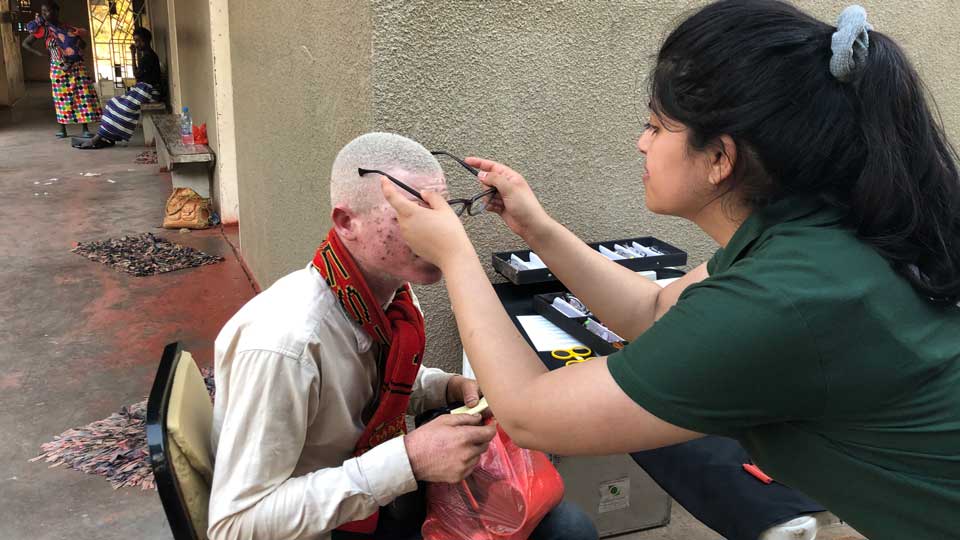 The difference correction can make

The local people were very happy to receive their glasses, with many of them telling us how their lives would be enhanced as a result of their improved vision. This included teachers who were having difficulty reading their students’ work and could now do this with ease with spectacles. There were others who shared that they that could now read their bible again after not being able to since becoming presbyopic. As well as glasses, we provided low vision aids where appropriate.

We also saw young patients who had never had their eyes tested before. They presented with refractive errors that they had never noticed. We’re sure that the glasses they received will greatly help with their education and prospects for the future.

The hospital that we visited was a teaching hospital so we often had nursing students popping in and out of the clinic, becoming great friends with them as a result.

We both managed to see pathology that we had only previously seen in lectures, such as leukocoria and even a cup disc ratio of 1.0

During the second week of the project, we spent time at Mpelembe health centre, which was based in a more remote area. We noticed that there were fewer people who spoke English here so the few phrases of the local language, Bemba, that we’d picked up came in handy. One phrase we often used was ‘salenipo frame,’ meaning ‘choose a frame.’

We dispensed to fewer patients here as the community was much smaller. However, we both managed to see pathology that we had only previously seen in lectures, such as leukocoria and even a cup disc ratio of 1.0.

Unfortunately, a number of the patients had already reached the end stages of glaucoma. For these patients, we educated them about the hereditary nature of the condition, and as a result many later brought family members in to be seen who we were able to diagnose early and refer for treatment.

Overall, the experience of taking part in this VAO project was one that we will remember for the rest of our lives. We hope to return when we are qualified optometrists and that others will consider volunteering with VAO in the future. 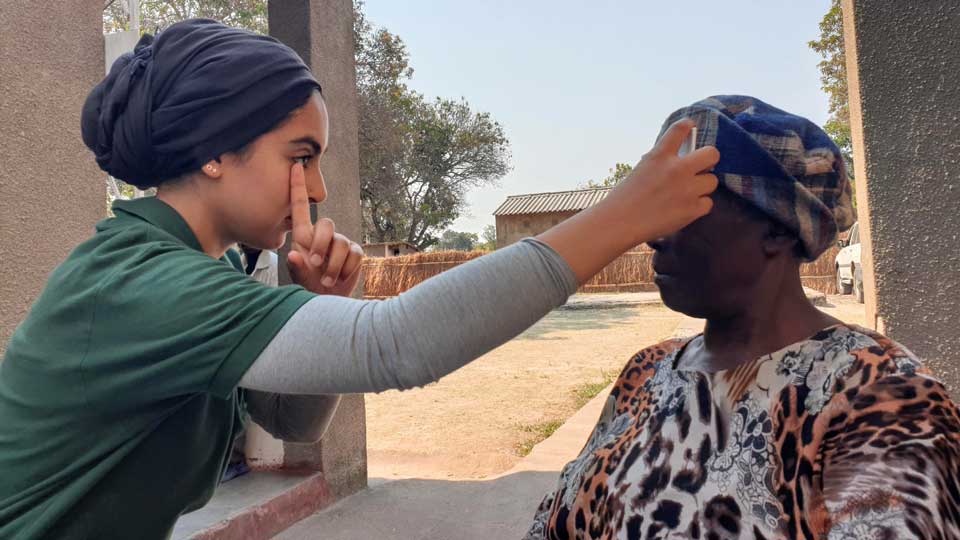 Testing a person's sight in Zambia

We would like to thank Vision Aid Overseas for giving us the opportunity to take part in this project.