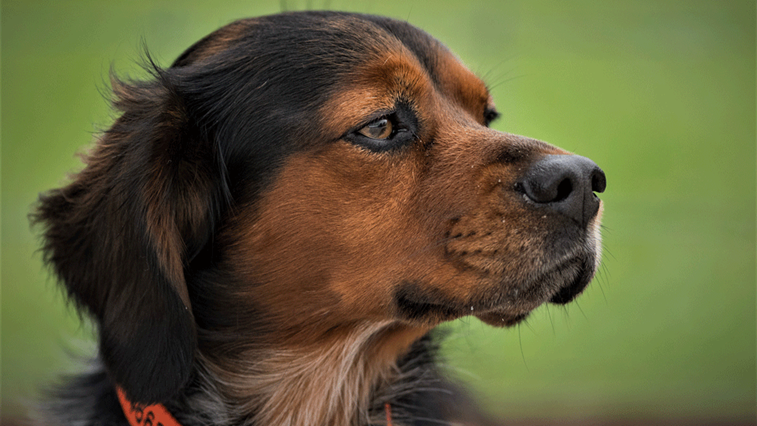 I’ve wanted a companion with a waggy tail forever, but circumstances meant that it was not sensible. I used to be a conventionally sensible person, but my dog is helping me change. He is named Phoenix as a symbol for reformative new beginnings and because he is a dude.

I have always run. It seems that most people need a reason to run, but I am the opposite in that my default is scampering around on foot. It is the same with my dog and we share an affinity for exploring and tomfoolery. We normally run side-by-side, but sometimes one of us will naturally drop in behind the other when the track narrows or spurt ahead for the other to chase for the thrill.

It is lovely when you see that your dog is having the best time in the world. There is unadulterated joy on his face. That is contagious to some extent. You can’t spend time with someone who is that happy and not be a little bit happier for it yourself.

The two of us are very fortunate to live in a chocolate box cottage in the middle of an area of outstanding natural beauty where our adventures serve as a contrastive relief to the day job of running an independent optometry clinic. 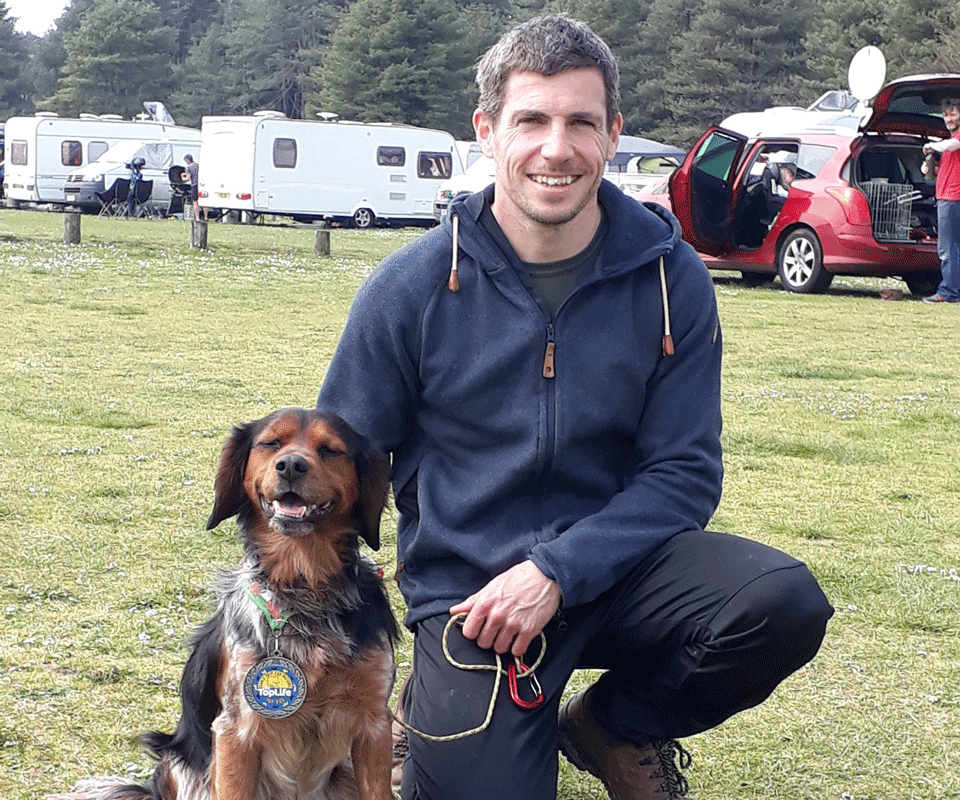 Phoenix and Michael
Phoenix doesn’t appear to have any expectation of me. With him there is a disabling ‘talk-to-the-paw’ nonchalance to achievements and faults. My dog may be the only person who simply wants to make me happy. He’s also very good at being cosy.

Whilst not our focus, we will sometimes race together where it is necessary to attach ourselves with a bungee-type lead. The idea in these events is that the dog runs ahead and pulls you along. This originated in the Nordic countries where it was devised as a summer activity for their sled dogs to keep them fit when the snow had melted. It developed from there and now it is possible to find races across the world. In the UK, the premier competition is the Fur Nations, which consists of a series of off-road events in Wales, England and Scotland.

Phoenix will drag me out in all conditions. He doesn’t worry about rainclouds. He just thinks right foot, left foot

Before the races, the dogs get really excited. It can sound like a baying pack of hounds before a hunt. If you came across the event you might be forgiven for thinking that wild animals had escaped from the zoo.

A lot of the dogs at these events are large and powerful breeds that tow their owners along at unnaturally fast speeds for as long as they can keep their legs spinning at double-tempo. Phoenix is a Brittany, which is a compact gundog of French origin. He can look a bit diminutive on the start line, but I’m convinced he has the biggest heart. 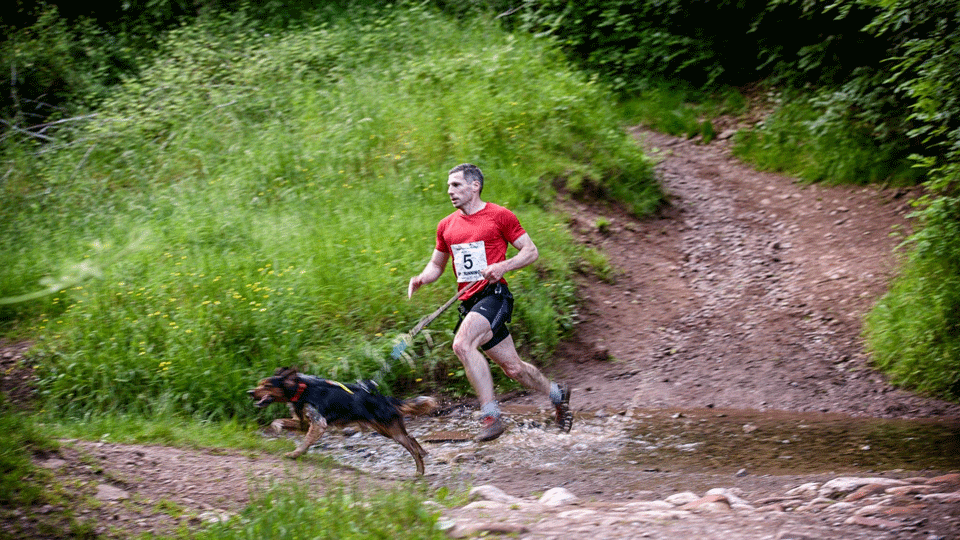 Michael and Phoenix on a run
At the moment, our pace is nicely matched. I am not telling him to slow down and he is not telling me to speed up. For as long as he enjoys it, we will continue running together. When I get my running shoes and he hides behind the sofa, then I will acknowledge this to be time to stop, but hopefully that won’t be for some time yet.

As we get older, I am becoming inclined to be more of a fair-weather runner. I used to embrace the mantra that you should only decide whether it is a good idea to go running after you have been out for a mile. Now, if it’s raining, I might think ‘Hmmm, maybe not.’ No chance. Phoenix will drag me out in all conditions. He doesn’t worry about rain clouds. He just thinks right foot, left foot.