“It is about using your imagination”

Dispensing optician Sarah Hardy tells OT  about rebuilding the High Street of her childhood, one miniature house at a time

My first doll house was a seaside kiosk. My grandparents lived in Hadleigh in Essex which is by sea. The next one was sweet shop with a penny chewing gum machine either side of the door. In those days ice cream was bought in a brick and it cost two shillings. They used to wrap it in newspaper so it didn’t melt as you went home. That is in the sweet shop as well.

I have lost my parents and the dolls houses are happy memories of what I used to do with them. My mum was very interested in knitting so I did a wool shop. I made all of the balls of wool from scratch. Every doll house I have made is either where I have been or a memory. They all mean something to me. 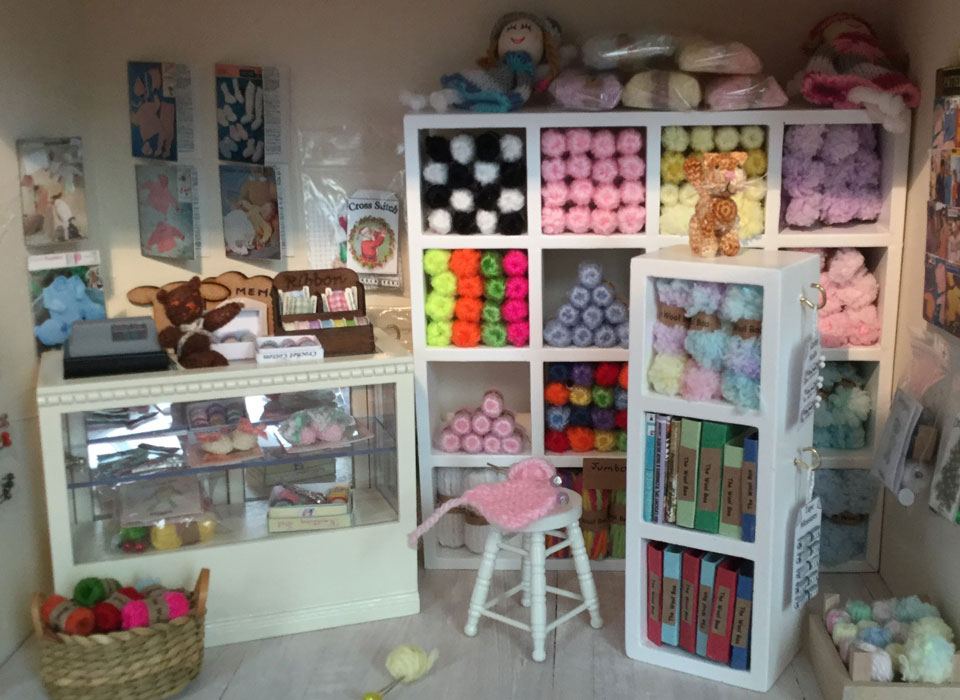 I find miniature things fascinating – how you can make something in twelfth scale and it looks real. When I go shopping, I look at things completely differently. I think ‘What could I make that into?’ I have used jotter pads to make a reception desk. I’ve made a swimming pool at the top of a hotel with a picture frame. It is about using your imagination.

Once I have finished them, I don’t know what to do with them. They take up a lot of room and I have about 25 in total now. I have sent photos to the lady who runs the Havering Museum and she was very interested in having them as an exhibit.

My next doll house is a 1960s record shop where I bought my first record when I was four; Gerry and the Pacemakers. After that I am making a bakers that will go next to the butchers.

Once I run out of shops in Upminster I am going to have to do something else, but I have always got ideas bumping around in my head. I wake up in the middle of the night thinking about dolls houses, not work.