“People are fascinated by the insight into his thinking” 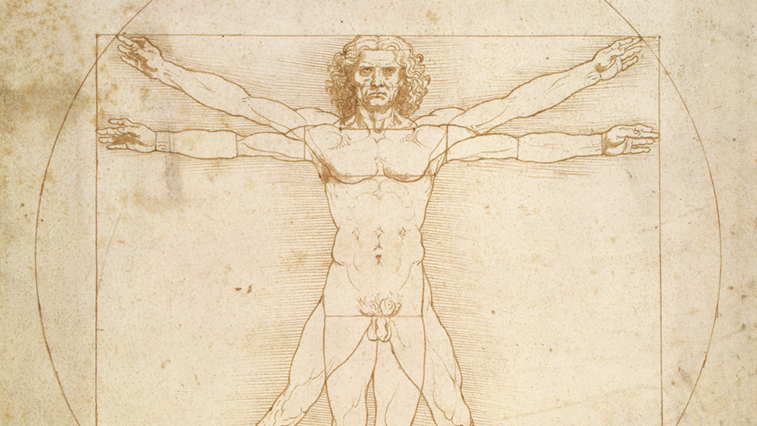 There is a long history of research examining the effect of vision on artwork. One of the first books was by Patrick Trevor Roper called The World Through Blunted Sight. He identified several 19th century artists with strabismus, myopia and other conditions. It is one of the first books that I am aware of that relates ophthalmic conditions to how artists paint. The different view that an eye condition gives an artist can make the style particularly interesting.

Based on the evidence I collected through my research, it seems quite likely that Leonardo da Vinci had an eye misalignment. His vision could well have shaped his style to some extent. For example, he is renowned for his ability to portray three dimensions on a two-dimensional canvas, which was substantially beyond that of his peers.

The only established portraits of da Vinci are when he was older, but I wanted to know what he looked like when he was young. One clue to this is the sculpture by his master [Andrea del] Verrocchio, which is reputed to be based on the young da Vinci when he arrived at the studio at the age of about 14. This is a statue of David, who is the symbol of Florence as later epitomised by Michelangelo’s version. If you look at the face, it becomes obvious that the eyes are not properly aligned. They are gazing into the distance and noticeably diverged.


His vision could well have shaped his style to some extent

This finding encouraged me to try to identify other portraits of him when he was young. All of the ones that I found that were by others had the same kind of divergence that tended to confirm this condition. However, there were two plausible self-portraits, the Vitruvian Man and his Salvator Mundi, that have the eyes straight.

Because his self-portraits have the eyes straight and the other portraits have the eyes diverged, this suggests that he has a version of exotropia that is intermittent and would straighten his eyes when focusing on his mirror image for a portrait. Thus, he would have the ability to switch between 2D and 3D vision, which would be helpful in transferring a visual scene onto the 2D canvas.

I think the effects would have been fairly subtle on his artwork. You can achieve the same effect by closing one eye, but if you think of your behaviour in an art gallery it is not something that you would do normally or that artists would necessarily have done in the Renaissance.

He would have the ability to switch between 2D and 3D vision, which would be helpful in transferring a visual scene onto the 2D canvas

Da Vinci had such a wide-ranging mind. For example, he is renowned not only as an artist but as a cartographer and even created a world map, which is in the Windsor collection. The map has all kinds of amazing features, including showing Antarctica at the right size, which was not achieved by any other cartographer for the next 300 years. It is also only the second map in history to show America, which had been discovered not long before he drew it.

There has been quite an extensive press response to the study across the globe, from Italy to Japan. People are fascinated by the insight into his thinking and how this kind of study allows us to probe back 500 years and get a view of how someone perceived the world. That is the general fascination with painting – it reveals what the artist understood.