Director of Specsavers Bridport, Chris Newall, talks to OT  about the etiquette-rich sport of real tennis – also known as ‘the sport of kings’

When I worked in Newcastle I was examining a patient’s eyes and when I asked him what he did, he said he was a real tennis professional. At first, I thought he was just being a bit pompous, but then he got talking about the sport and explained that it was a different type of tennis.

I went along and started playing at the court at Newcastle, then I started playing again roughly 10 years ago when we moved to Bridport because there happens to be a court just on the outskirts.

It is like playing tennis on a very large squash court with a cricket ball and a bent racquet. It is quite difficult to hit the ball out of play. The court extends right up into the rafters. Because of the way the balls bounce, when you first start playing it is more like playing pin ball. Then you begin to read how the ball moves and your opponent.

Real tennis was originally played within royal courts and monasteries as a way of relaxing. There is a lot of etiquette in the sport. It is all a bit tongue in cheek, but you can tell that the game has been around for hundreds of years. I think it is great that there is still a game that people were playing 500 years ago that is still pretty much the same.

What is the most enjoyable game of real tennis I have had? It was playing a doubles tournament recently with my son who is 11. He has been playing for about a year. 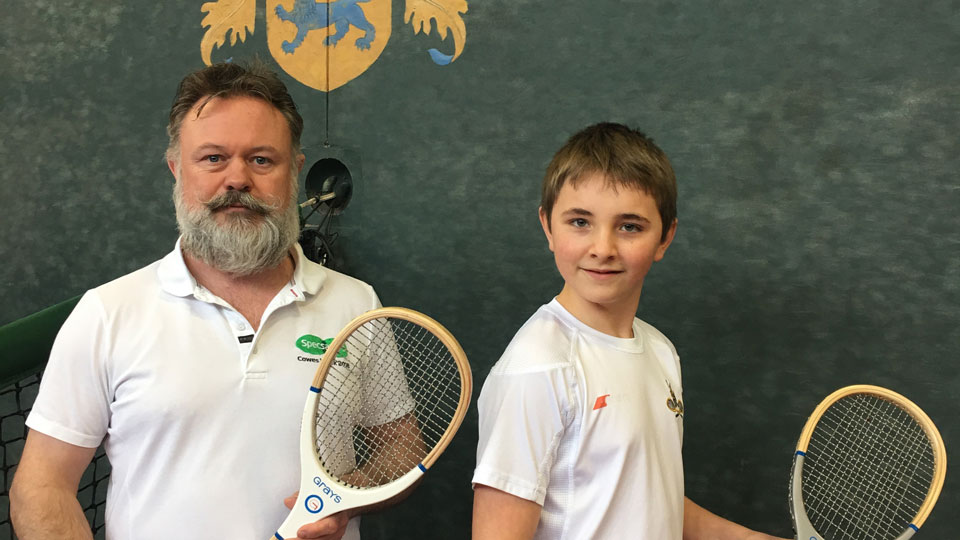 The way that the sport is set up and governed means that each player has an individual handicap. As a social game it is very accessible. I play teenagers right up to 80-year-olds. Occasionally they will beat me just because they are better players.

Real tennis has certain aspects that are similar to squash, but it is a much more complicated game. People say it is more like playing chess than tennis because of the way that you have to plan where the ball is going. You don’t need to be superman to play. It is more about technique and strategy.

Those interested in having a go can find a court online.