Optometrists, sisters and founders of the Optom Academy, Shamina and Sana Asif, and sales director of Mark Allen Exhibitions, Wasim Hamid, discuss spotting a case of orbital cellulitis while at a conference 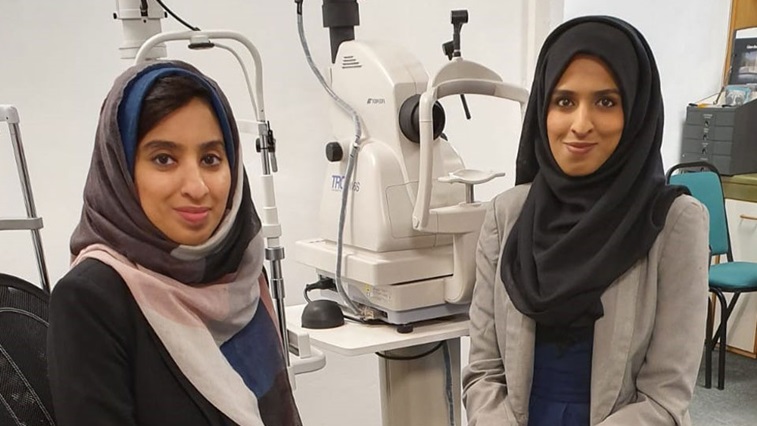 What symptoms had your son experienced?

Wasim Hamid (WH): His symptoms were pain behind the eye, temperature, vomiting and nausea.

What advice had you sought?

WH: We took him to the GP who referred us to A&E. They were more concerned with meningitis or sepsis and ignored the complaints about the eye. Once they were satisfied that it was neither of the above conditions, they got ready to discharge us. It was at this point that my son pointed out the pain in his eye, so the paediatric doctor looked and diagnosed it as conjunctivitis. We were sent home after five hours. 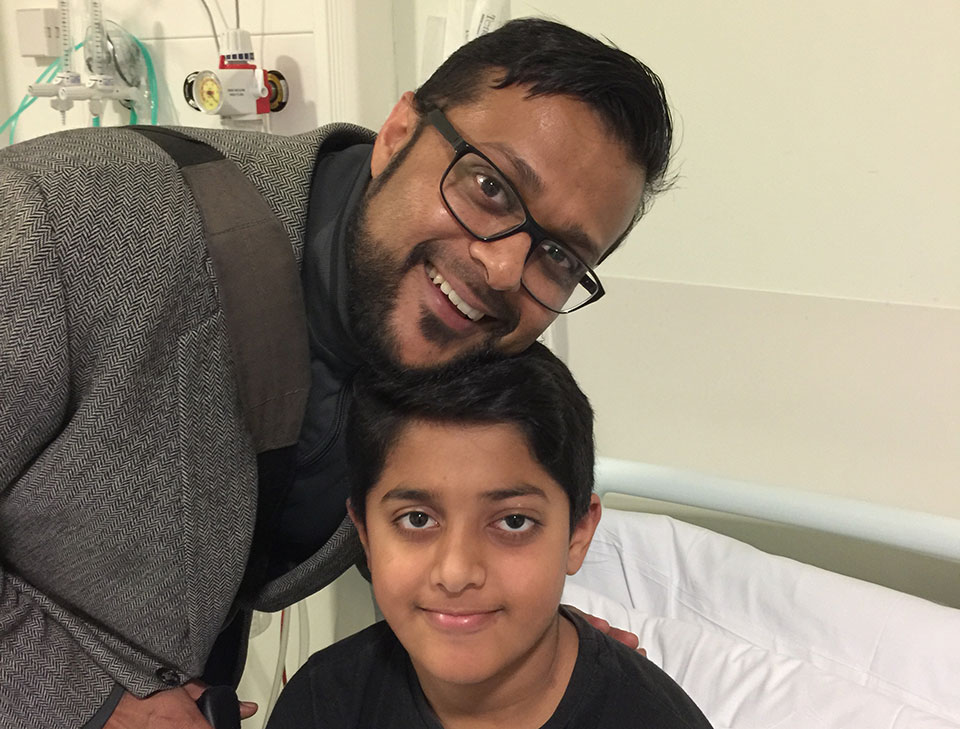 When did you speak to an optometrist?

WH: The first time I spoke to an optometrist was when I met Shamina and Sana Asif at the Eyecare conference in Glasgow four days later. It was a case of being in the right place at the right time as we were preparing to go for dinner after day one of the conference.

Shamina innocently asked, “How are your kids?” I mentioned my son’s condition and showed them a photo. They were both immediately concerned. They instructed me to send more photos and arranged a telemedicine consultation from the restaurant in Glasgow with ophthalmologist Dr Robert Petrarca, who was one of the speakers at the event who had joined us for dinner.

Can you describe how you felt?

WH: I was extremely concerned and worried, especially as my son was in London and I was in Scotland. But I was reassured having Robert, Shamina and Sana’s expertise and advice. With their help I was able to dictate to the hospital in London what the next steps to take were.

Did your child have to undergo further treatment and what has been the outcome?

WH: As per the advice of Robert, Shamina and Sana, he was admitted and given IV injections. Thankfully, his condition improved drastically over the next few days.

WH: Absolutely. I cannot tell you how grateful I am to the eye professionals whose diligence, knowledge and expertise potentially saved my son from sight loss, or worse.

I am now a firm believer and advocate of regular eye tests as you never know what underlying conditions may occur. Also, the eye experts and the equipment they use are perfectly placed to be able to detect these conditions and can save lives.

WH: Had it not been for the diligence and expertise of the eye experts at my disposal and being in the right place at the right time, I wouldn’t want to think about the possible consequences.

What did you suspect when Wasim told you about his child’s eye infection?

Shamina and Sana Asif (SA): We were at the Eyecare conference in Glasgow to give a presentation as the Optom Academy when Wasim happened to mention that his child had an eye infection. When he showed us the picture of his child’s eye we knew straight away that this was not a simple case of bacterial conjunctivitis. We asked Wasim to show us more pictures with the child’s eye open and we noticed that he had a slight exotropia and the eye looked proptosed.

Most importantly, we asked if he had a temperature, which Wasim confirmed. All of these symptoms led us to believe that this may be a case of orbital cellulitis.

How do you approach explaining what you had suspected and the importance of further treatment?

SA: Because of the situation we were in – just about to go out to dinner at a conference in Scotland and his son was in London – we were very direct and told Wasim that this could be a case of orbital cellulitis and explained that not only is it sight threatening but life threatening. We told Wasim to Google the condition on the way to the restaurant. Once at the restaurant he understood what we were talking about and was quite worried.

SA: Fortunately, at our dinner there was an optometrist turned ophthalmologist, Dr Robert Petrarca, who had been presenting at the conference, and we asked him to look at the child’s pictures and confirm this to Wasim. The next stages that followed were very quick. Wasim arranged for his wife to take his son to the eye casualty, with Robert directing doctors on how to manage the case.

SA: It was confirmed that same night that Wasim’s son had got orbital cellulitis and he was admitted and given IV injections. His condition improved drastically after that.

What advice would you give to other practitioners when making a referral?

SA: This was not a straight forward case of referral from optometric practice to hospital eye services, but a play of fate that started with the simple question of us asking, “How is your son?” It was all to do with being in the right place at right time.