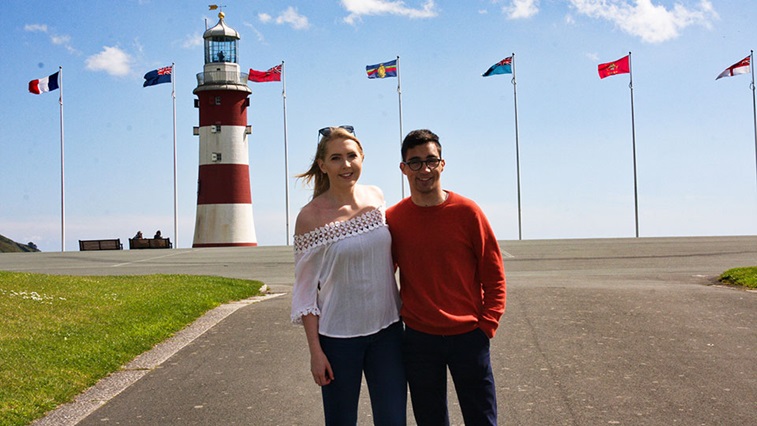 Optometry undergraduate at the University of Plymouth, Chloe McGregor, and optometry student of the University of Valladolid, Diego Arlanzón Lope, have participated in an exchange programme between the UK and Spain as part of their dissertation projects comparing the provision of education in the two countries. They have shared their experiences with OT

I visited the University of Valladolid in June 2018 in order to gather research for my dissertation project, which focuses on students’ perceptions of optometry placements in Spain and the UK and how they compare.

It was eye-opening to see how different optometry is in Spain with the main focus of the role being refraction and students not having to complete a pre-registration year.

I learned that during the four-year Óptica y Optometría course, students spend the first two years mainly studying core sciences and optics. The only vocational experience that students receive during the course is a 300-hour placement during their fourth year. This is the only opportunity for students to experience testing real patients before they qualify.

I was most surprised to hear that optometrists rarely assess the fundus of patients, and the use of ophthalmoscopy is very inconsistent among practices

A career in optics

Optometry as a career in Spain is regarded very differently to how it is in the UK.

Optometrists in Spain are regulated directly by the Government rather than an organisation like the UK’s General Optical Council. Although there are organisations such as the Colegio Nacional de Ópticos-Optometristas and its regional branches, which provide legal cover and education for optometrists, specific guidance for checking eye health is more relaxed.

I was most surprised to hear that optometrists rarely assess the fundi of patients and the use of ophthalmoscopy is very inconsistent among practices. The use of diagnostic and therapeutic drugs is also prohibited, unless performed by the few optometrists who work in ophthalmological clinics or hospitals. This must be supervised by an ophthalmologist.

Speaking to optometry students at the University of Valladolid gave me an insight into how they can feel undervalued as professionals and how the public may perceive them as “people who sell glasses.” This can be very disheartening after spending four years studying to become a primary health care professional, they told me. It is an opinion that will hopefully change in years to come. 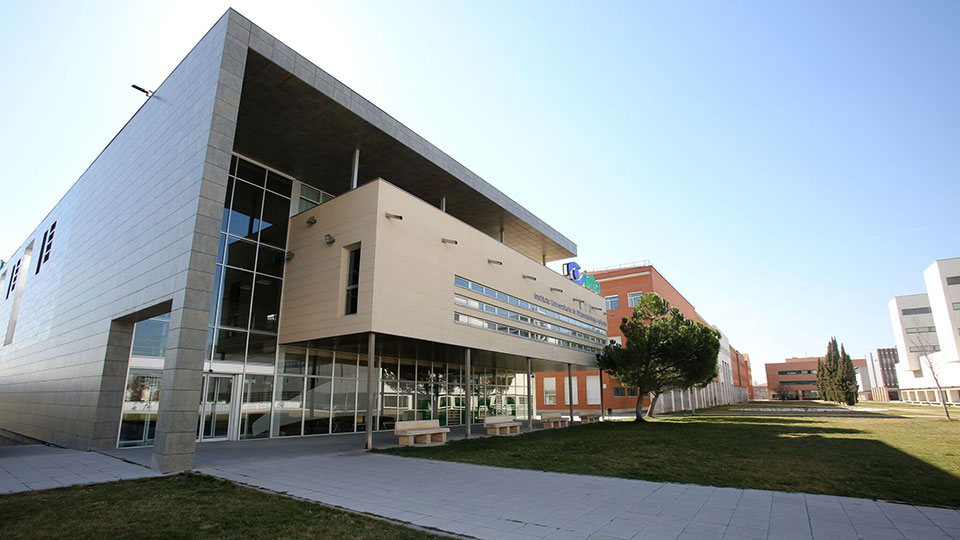 On arrival at the University of Valladolid, I met optometry student Diego, who welcomed me to Spain. He was an excellent tour guide and is now a good friend.

The city of Valladolid is around an hour’s train ride north of Madrid. It is packed full of history and culture. The summer was in full swing when I arrived and almost every day was warm and sunny, something that I greatly appreciated being used to the British weather.

I was lucky enough to experience the Spanish culture first-hand, including trying some scary looking seafood tapas and calimocho, which is an interesting mix of coca cola and red wine.

On 21 June, I was invited to a man-made beach for music and bonfires to mark the Noche de San Juan, celebrations for summer solstice. This was a truly magical experience where people write down their wishes and throw them into the bonfire hoping that they will come true.

Together, Diego and I have been learning about the differences between our courses and hope to be able to use our experiences as a tool to potentially improve and change the future of optometry education.

In January 2019, I travelled from Valladolid in Spain to the University of Plymouth where I spent four months analysing the main differences between the optometry programmes in the UK and Spain for my final year dissertation.Through my dissertation, I hope to be able to come up with some measures to implement at the University of Valladolid so that we can improve the education and training of future optometrists at this Spanish university.
It is really interesting to see how in the UK, optometry programmes are more focused on practical elements, while in Spain they are more theoretical and heavily centred on optics.

In fact, in Spain, the programme is called Grado en Óptica y Optometría, which in English, translates to a Degree in Optics and Optometry. Thus, the scope of practice varies as well.

In Spain, as well as refraction, optometrists are expected to know how to glaze lenses and insert them in the frame, taking on the role of what would be considered a dispensing optician in the UK.

Furthermore, newly-qualified optometrists can start to work immediately after obtaining their degree, with no pre-registration period required.

In Spain, as well as refraction, optometrists are expected to know how to glaze lenses and insert them in the frame, taking on the role of what would be considered a dispensing optician in the UK

On the first Friday following my arrival in Plymouth, the university organised an induction day for all international students. During the day, they gave us a tour and showed us how to use things, such as the library. They even invited us to a fish and chips supper at the students’ union.

During that day, I met people from all over the world, many of whom I am good friends with now.

Culturally, there were also quite a lot of things that struck me. For example, when I went to the supermarket for the first time and saw that there was an entire aisle dedicated to teas, I thought ‘I know that English people love tea, but not this much!’