OT  speaks with optometrists, Dr Martin Smith and Sheena Tanna-Shah, about how they prioritise wellbeing within their working lives

For one person it may be a coffee and a moment of quiet before seeing the first patient of the day. For another, it could be a pre-work run or a lunch with friends.

How people relax and recuperate within their daily routine varies hugely, but the importance of prioritising balance – whatever form that may take – has been repeatedly emphasised by studies illustrating the high impact of stress on UK workplaces.

The Office for National Statistics reports that mental health issues, including stress-related conditions, accounted for 15 million days of sickness absence in 2017.

Within optometry specifically, research conducted by the AOP on health and wellbeing in 2016 revealed that 14% of optometrists rated their workplace stress levels as either nine or 10 out of 10.

To showcase the diverse ways that optometrists take care of their mental and physical wellbeing, OT spoke with practitioners, Dr Martin Smith and Sheena Shah, about staying healthy at work.

I have always done it on the basis that no weather is bad, there is only inappropriate clothing

When most people picture their happy place, it would not be biking 17.5 miles to work along a snow-covered disused railway track.

But that is exactly what optometrist and practice director Dr Martin Smith did when the ‘Beast from the East’ brought arctic conditions to much of the UK in March last year.

Inclement weather is no barrier to his daily pedal-powered commute, which takes about an hour each way.

“I have always done it on the basis that no weather is bad, there is only inappropriate clothing,” Dr Smith said.

“There have been times when I have managed to ride the roughly 17.5 miles in on my bike only to discover that not a single patient has made it in because of the weather,” he added.

Dr Smith shared that the route he takes to work is traffic-free and is a good way of preparing for his working day.

“It is lovely to have an hour to get yourself built up in the morning and calm down in the evening. Generally exercise is a really good way of getting your head back in order,” he observed. 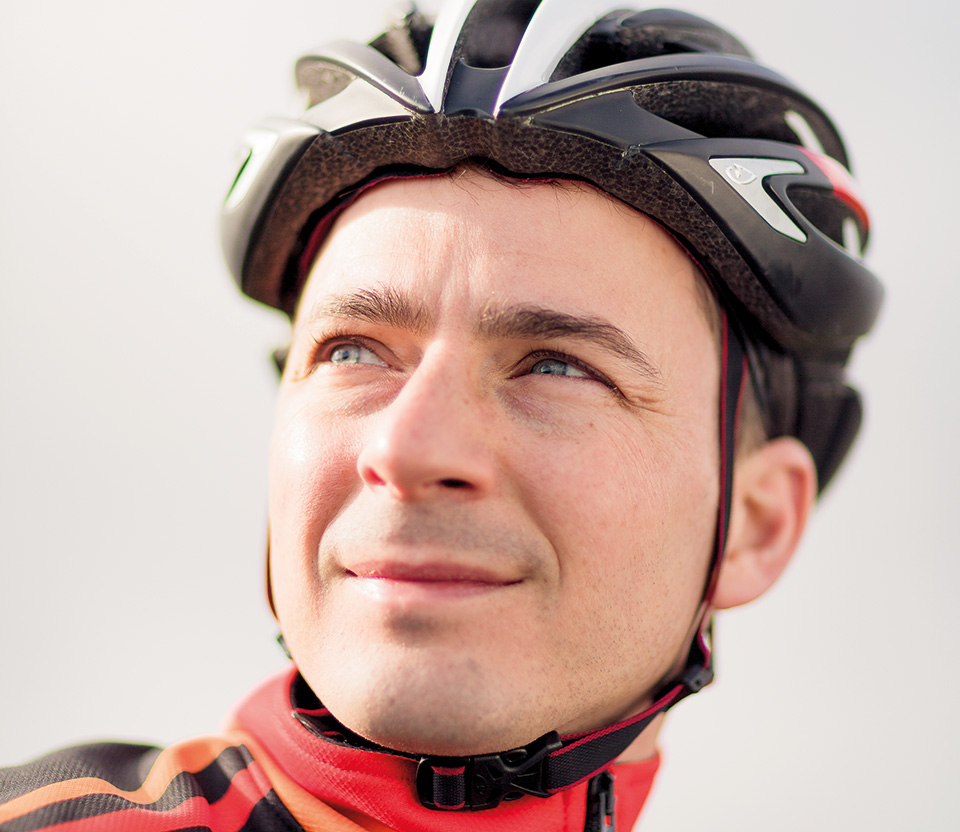 As well as bookending his working day with physical activity, Dr Smith makes an effort to move regularly while on the job.

He prefers to use an automated refractor head to reduce the time that he spends stooped over while on the job and has invested in a quality chair.

A focus on wellbeing within the workplace extends to his practice staff.

“Both physical and mental health are very important. Having a policy where staff can discuss their problems openly is helpful,” he said.

“If you are getting people who are coming in tired and not really up to it, they are not then going to provide great customer service,” he highlighted.

“As an optometrist, if you are not on the ball, you might miss something,” Dr Smith added.

Ms Tanna-Shah told OT that she began practising mindfulness as a way of alleviating the anxiety that she experienced for much of her life.

She emphasised that most people think of optometrists as confident people because of their interaction with the public.

“I thought I was the only one going through this; who felt lonely, insecure and had all this anxiety. When I spoke to other people, I realised there were others who were going through the same sort of thing,” Ms Tanna-Shah highlighted.

After finding that mindfulness affected her own life in a positive way, Ms Tanna-Shah completed a mindfulness module and began doing sessions for 10-year-olds at her daughter’s school just before their exams.

The sessions involve different activities such as deep breathing, talking about one good thing that has happened to each person during the week and using a sounding bowl to practise meditation.

“You tap the bowl to hear a beautiful vibrating sound and you focus on that until it stops,” Ms Tanna-Shah explained.

“The key part of mindfulness is not to think about yesterday or tomorrow but to focus on the present moment,” she added.

After the sessions proved popular at her daughter’s school, Ms Tanna-Shah began taking classes at two other schools and running sessions for parents.

When asked how she applies mindfulness in her work, Ms Tanna-Shah said that for her it comes down to her daily interactions with patients and colleagues.

“I started practising mindfulness in terms of focusing on that patient as an individual and really engaging in talking with them,” she highlighted.

“My husband, who is also an optometrist, is very bubbly and he was doing that all the time. He seemed to be really enjoying his job so I took a leaf out of his book,” Ms Tanna-Shah said. 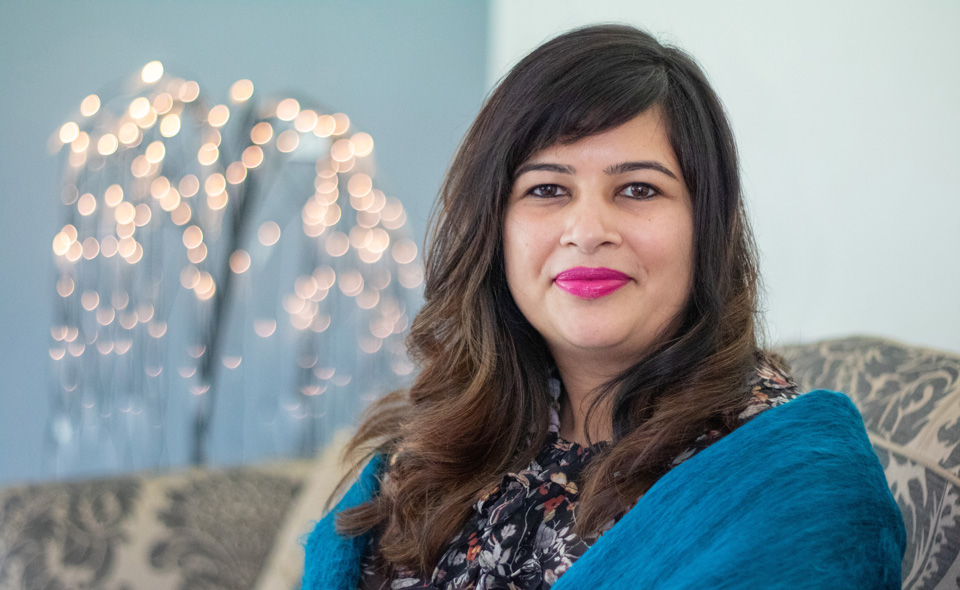 She makes handmade chocolates, brownies and energy balls, while her most popular treat is a peanut butter cheesecake. The treats that she bakes are vegan and sugar-free.

“I love taking the kids to the supermarket and asking them what they want to try. I let them pick the recipe and then we do it together,” she shared.

More on health and wellbeing