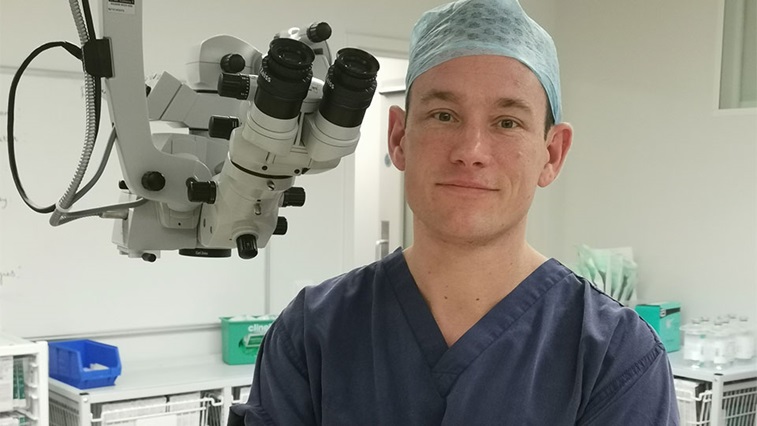 Consultant ophthalmic vitero-retinal surgeon, Stephen Lash, has been appointed medical director of eye hospital group Optegra Eye Health Care. He speaks to OT about his ambition for the business.

How does it feel to be appointed medical director of Optegra?

It feels a privilege to be appointed and to have some involvement in how ophthalmology is rolled out across the UK. With my background in optometry, in the 1980s when the sales of spectacles was deregulated, there was a time when there was not enough optometrists and the profession was in a really good position. Yet, for some reason, it went down the retail route. There is a now a move towards up-skilling, which I think is fantastic. I have always felt that eye care is a partnership between primary and secondary care.

How do you see Optegra evolving under your leadership?

Under my influence, I would like to see Optegra look more closely at what it calls the medical side of its offering. Optegra offers vision correction, such as refractive surgery and lens exchange. Laser surgery has become a commoditised market and is price sensitive and driven by marketing. But my hope on the medical side is about working together with consultants to develop an offering that they are happy with and for them to want to come and work with Optegra – not for or at Optegra, but with. In today’s sector, where ophthalmologists are very specialised, to deliver ophthalmology comprehensively, you need many people involved supporting each other.

If I am successful in influencing, we will see an increase in the medical work that Optegra provides across all specialities, with enthused surgeons and staff who enjoy working at Optegra.

What are your main goals for Optegra over the next 12 months?

I’d like to achieve a common point of view with the board and I am currently doing my best to understand the business side of Optegra. I would then like to encourage increased engagement with consultants at Optegra and an increase in the medical care that is offered by the business.

I’d like to see Optegra’s focus, especially on the website, shift towards the quality of care that we are providing. I think that it’s really important that we stand for high quality and we can prove it.

We will see an increase in the medical work that Optegra provides across all specialities, with enthused surgeons and staff who enjoy working at Optegra

Having originally trained as an optometrist, what made you enter optics?

As a four-year-old I wanted to be a motorbike policeman in California. The next thing that I wanted to be was a fighter pilot, but at the age of nine I became myopic. Floods of tears and brown NHS spectacles later, that dream was over.

From the age of 11, I wanted to be a doctor, but as I went through school I didn’t think that I was good enough. I knew I wanted a healthcare-related career that involved working with people, so I applied for pharmacy. However, I met a friend of mine’s brother in law who was an optometrist and I thought it seemed like a really interesting career. After that meeting I went into school and changed my UCAS form and applied for optometry at Aston.

What made you retrain to be an ophthalmologist?

While I enjoyed optometry, there was a part of me that still wanted to be able to solve the problems and treat them. Therefore, during my pre-reg year I began the application process to study medicine. After I qualified, I worked for a year as a locum optometrist in order to fund my medical studies and continued to

practise as an optometrist on Saturdays throughout my studies.

Why should optometrists and ophthalmologists work more closely together?

During my career as an ophthalmologist, I have always tried to build close relationships with local optometrists and I will continue to do that. We need closer ties between the two professions.

When it comes to the treatment of stable glaucoma or cataracts, we could have patients worked-up thoroughly by optometrists. I also believe that optometrists could provide post-operative care for these conditions when trained appropriately. I am all in favour of the independent prescribing and shared care schemes that are being rolled out.