“A boot that I was taking off mistakenly flew off stage”

Dispensing optician, James Dawson, had never set foot on a stage before his daughter convinced him to perform in The Full Monty. He explains to OT  what confronting his fears taught him 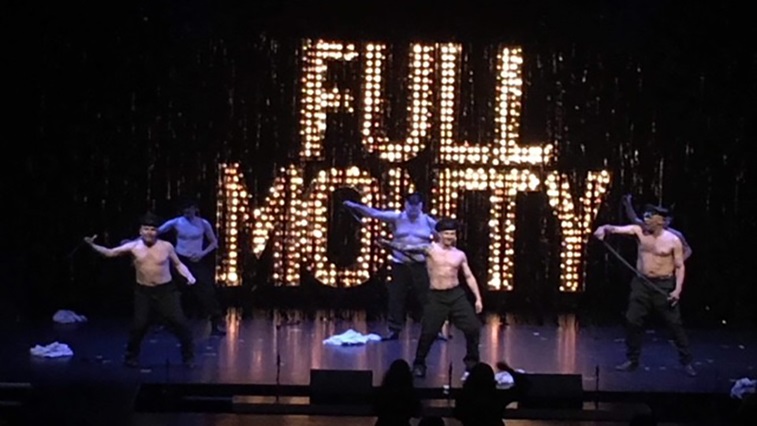 My daughter has always been involved in amateur dramatics. She and a friend convinced me to take part in the next show but didn’t tell me what it was going to be. It turned out to be The Full Monty.

It was my first time acting, singing and dancing. I had never been on stage or done anything like this before. I was taken back a little bit when I found out what the show was, but I knew it was going to be for charity. We raised around £5000 for breast cancer and testicular cancer research.

It was a three-night performance at the Bedworth Civic Hall. I played two parts. One was Teddy, the fiancé of the main character’s former wife. The other was the foreman of the factory. After casting, there was eight months of preparation with weekly rehearsals. As the show got closer, we rehearsed two times a week.

I had already done a charity sky dive that year, so I thought ‘Surely it can’t be any worse than jumping out of a plane’

I considered backing out many times but because I had promised my daughter I decided to do it. I had already done a charity sky dive that year, so I thought ‘Surely it can’t be any worse than jumping out of a plane?’

On the first night before I went out on stage, the nerves were kicking in quite heavily. As soon as the curtains came up, because you couldn’t really see the audience, it was actually OK. The crowd realised that the show was for charity and really got behind the cast.

There were a few wardrobe malfunctions where bits of clothing that should have come off, didn’t come off. On the first night, a boot that I was taking off mistakenly flew off stage and hit someone in the audience.

What I learned from the experience is that it’s OK not to take yourself too seriously. In terms of dancing, I learned that you should always listen to the choreographer because they know best. My singing voice has never really been great, but I surprised myself by not being quite as hideous as I expected it to be.

I don’t have any regrets about taking part. It was one of the most exhilarating and fun things that I have ever done. I was pushing myself a little bit further than I had ever thought I would want to go.