“The damage lingers on”

Gillian Jones’ father, Ambrose Skingle, died after being hit by a motorist with vision below the legal standard for driving. She shares her story with OT

The driver of the vehicle was around the same age as my father. He had cataracts. Every time he went to the opticians, he assured them that he was not driving, but he was. When the police spoke to him, he said that it was a man’s right to drive.

A witness to the accident told the police that after the accident the driver brought out a huge magnifying glass out to look at his mobile phone so he could ring his daughter.

I had the awful knock at the door from the police telling me that we needed to get to the hospital as soon as possible. When my mother and I walked into the hospital room, my father was unrecognisable. His face was just a mass of red. He had these things that looked like bricks by the side of his neck because it was broken. His first words were ‘Go home Gillian, you’ve got enough to do’. That just sums up my dad. He spent his life trying to look after everyone. We were all with him at the end. He knew he was loved and cherished and I think that’s all you can hope for.

I think my mother, who was having cancer treatment at the time, lost the will to live without my dad. They had been married for 63 years and they were a couple that did everything together. At the funeral she said, ‘I will just have to try to make the best of it,’ but I don’t think her heart was in it. She died three months later.

I have two sons and my father was a big part of their lives. Dad taught them how to ride bikes and play golf. We had a family dinner together every Sunday. Life has never been the same. I lost my beloved parents and the boys lost their grandparents. It is like the centre of our lives has been ripped out. 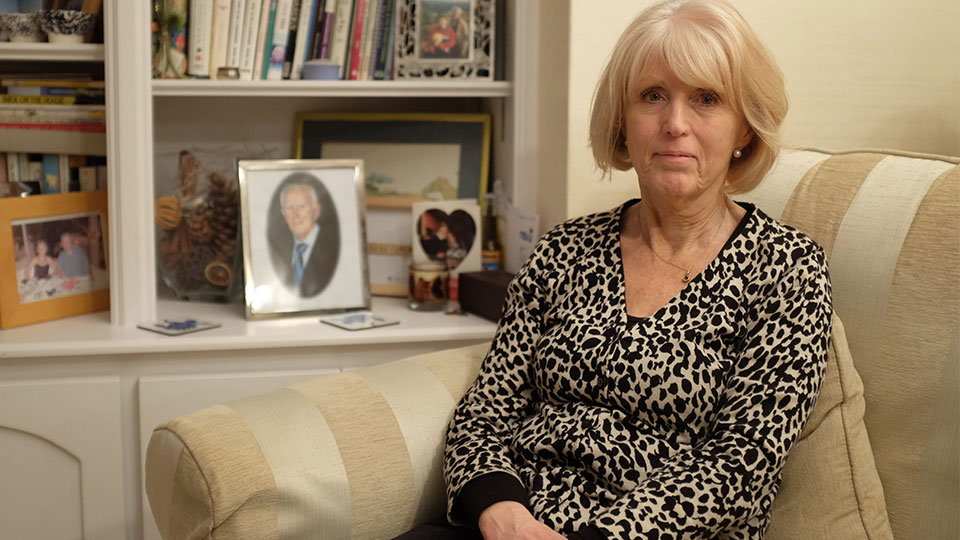 The damage lingers on. I pass the spot daily and my hairdresser's salon faces the place where the accident happened. One of the stylists, a lovely girl, had rushed out with armfuls of towels to staunch the blood when my dad was lying in the road. We spoke once about the accident and I thanked her for her kindness, but we have never spoken about it since because it's just too painful. When I see her in there we just give each other a smile and we both well up.

I know some people don’t want to have a sight test because they don’t want the bad news that they have to stop driving. I’d like them to think of the consequences, both to themselves and to others. I think most people would feel awful knowing they were responsible for taking a life.

I have friends and acquaintances who have elderly parents who are facing the situation where they don’t think their parents should be driving, but they are not sure how to tell them. They always say ‘They only drive locally and they don’t drive at night.’ I point out that the driver who killed my father only drove two miles and it was a bright afternoon. You might not want to take away the convenience of driving, but that person could be taking away someone’s physical mobility or even their life. People have got to look at the bigger picture.