“You can remember something special about every single race”

Southampton marathon runner and triathlete, Chris Goodwin, talks with OT  about personal bests, retinitis pigmentosa and why motivation has to come from within 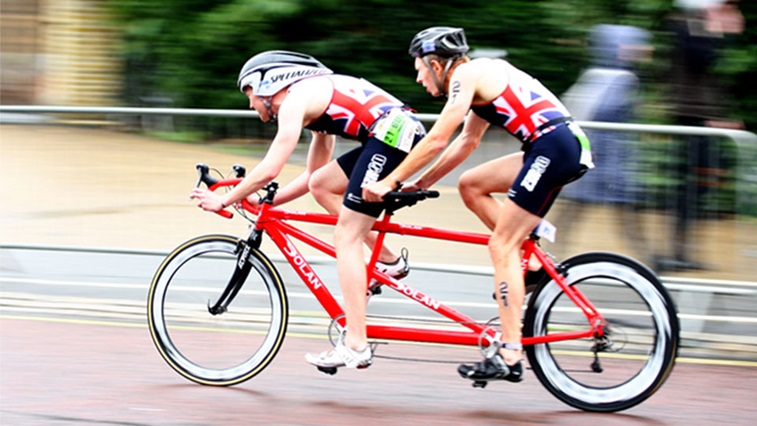 I’ve always done sport. In 2008, I became involved in triathlons through an initiative called VIper. A man called Mark Stride set it up as a way of getting as many visually impaired athletes as possible to take part in the London ExCeL triathlon.

They provided the kit, the equipment, the tandems and guides. All you had to do was the training and turn up. We did a practice triathlon then we went to London’s Docklands and completed an Olympic distance race.

After Docklands, I was hooked into the British team and went on to do many events for Great Britain. I was lucky enough to do a lot of travelling as part of that. I went to Ireland. I competed in Budapest, London, Japan, Italy, Spain, Germany, Britain and Canada.

I was hopeful that I’d be able to go to the Rio 2016 Paralympics but due to limited spaces for events the International Paralympic Committee dropped my classification from the games.  This was quite a blow and having probably reached my peak in paratriathlon I hunted around for something else to do.

In 2016, I took the plunge and signed up for the Valencia Marathon. My target was to come in under three hours and we did that by about three minutes. I was over the moon. But my coach said ‘Chris, you can do better than that, I think you can go faster’. We entered the Brighton Marathon the next year in the Spring and I did do better. Then I went to Frankfurt where I got my personal best time of 2 hours 43 and a half minutes.

My sporting achievements are not really my main thing. What I am really proud of is that, as a visually impaired person, I have a family and I am able to support them with a good job. People say to me ‘You’re a great inspiration.’ If I am feeling a bit bolshy, I will ask them ‘Are you doing any extra sport because of what you see me do?’ Invariably they say no. If someone wants to do a sport, they have to do it for their own reasons, not because they have seen someone else do it.

I’ve got retinitis pigmentosa. The form I have means that I have lost central vision. My peripheral vision is slightly affected as well. During daylight, I can’t see anything in front of me. When it is dusk or dawn, I can see a lot more but I still walk around with a cane. 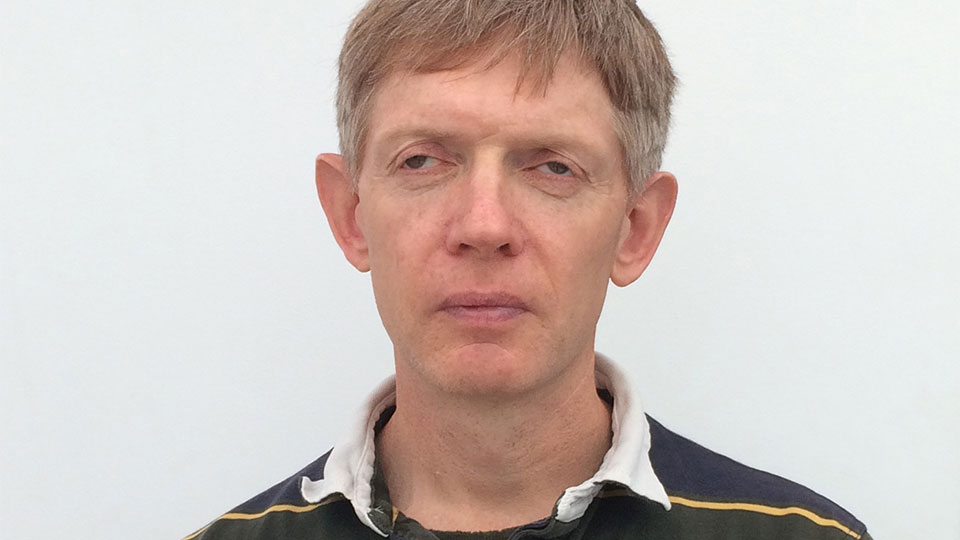 Running as a visually impaired person is relatively easy. You just need a T-shirt, some shorts, a pair of running shoes and a friendly person who is willing to be a guide. If you start doing a little bit of running two or three times a week it will pay you back in so many ways. It gets you fit but it also gets you out of the house and you get to meet so many people. You can travel the world entering different races. But you can also just go running in your local area. Taking the opportunity to get to know your neighbourhood better is a joy.

The great thing about races is that you can remember something special about every single race. All the training sessions merge and blend. They are completely forgettable. But doing an event is great. From a local 5km to an international marathon, there is something memorable about each one.