“I knew something wasn’t right” 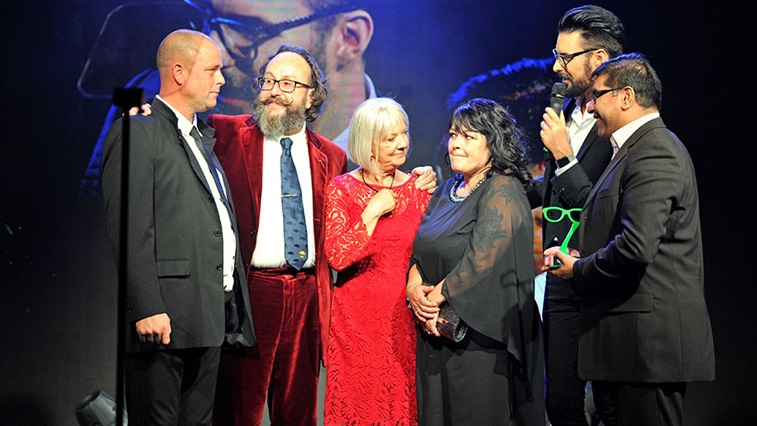 Why did you first take Kian for a sight test?

Cherryle Levett (CL): I was due for my sight test, so I decided to get all the grandkids in at the same time. We didn’t realise how serious it was for Kian at first. I was called back in and shown the pictures on the screen. The optometrist said she’d get Kian an urgent appointment at the hospital because he had a swollen optic disc. They phoned a week later to ask how Kian had got on and I explained that we were still waiting for an appointment. The optometrist wrote a letter for me to take to A&E. We went straight to the opticians and then to the hospital.

CL: The hospital carried out tests. The doctor said they weren’t too concerned but booked him in for a brain scan and asked if we could bring him to the eye clinic the next morning. The eye clinic did some tests and we waited for the brain scan results.

The doctors were all talking among themselves, so I went over and asked what was happening because I knew something wasn’t right. They explained that they had found something, but that more in-depth tests were needed.

Kian was playing with his toys as normal on the ward when the doctor and a nurse came over to explain that they had found tumours and that Kian needed to be taken to the Queen’s Medical Centre in Nottingham. Kian had brain surgery later that week.

The tumours they removed had been blocking the spinal fluid in his brain and the fluid was building up. They explained that there were two tumours and one was blocking the fluid. They managed to get the whole tumour out and he now goes every three months to be monitored. The other tumour will grow, but they don’t know when.

CL: I was quite disgusted with myself for not knowing that going to the opticians could pick up on something like this. I just thought it would be a check to see if he needed glasses or not. The reason we’ve been speaking about this experience with Specsavers is because we thought that even if it could help one family then it’ll be worth it. The optometrist said that since speaking about the experience, they’ve got a three-week waiting period for children’s sight tests.

Pratish Bhundia (PB): My colleague, who is a locum, carried out the sight test. There were no visual symptoms, but she suspected papilloedema so made the referral. The next day she called me to handover and asked that I follow up with the patient to check that they had received an appointment as it is unusual that an eight-year-old is referred for this. I had to express the urgency of the referral and used language that the patient would understand.

When did you hear about the results of your referral?

PB: It wasn’t until Kian’s grandparents came in to the practice and told us the results that we found out that he had to undergo surgery. The surgery hasn’t affected his vision at all.

How did it feel winning the Dame Mary Perkins Award at the Spectacle Wearer of the Year Awards 2018?

PB: It was a very surreal evening, but great fun. Dame Mary Perkins presented me with the award on stage with Dave Myers from The Hairy Bikers.