“I remember thinking, ‘What a beautiful place to die’”

Photographer Giles Duley lost three limbs after stepping on a landmine in Afghanistan. He shared his story of finding hope in the bleakest places at NOC 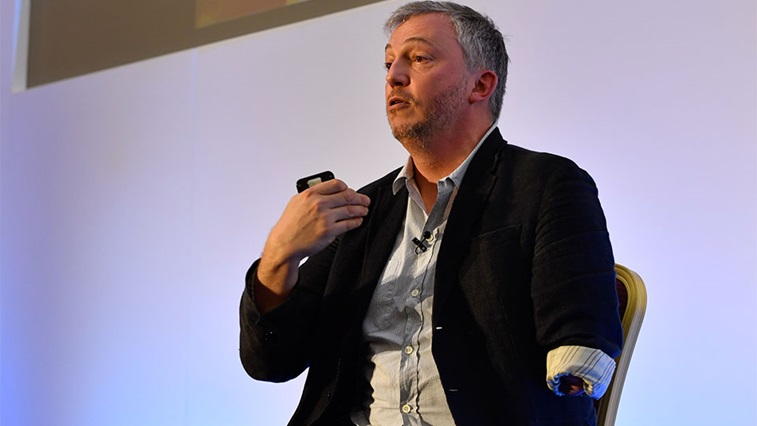 Giles Duley’s first memories after losing both legs and a forearm to an improvised explosive device in Afghanistan in 2011 are of a strange kind of calm.

“I remember being flung onto my back and looking up at the sky,” he said.

“It was a beautiful, crystal clear morning. The birds were singing. I remember thinking, ‘What a beautiful place to die.’”

But Mr Duley’s premonition would not be realised. He would go on to return to Afghanistan 18-months later, after 46 days in intensive care and a painstaking recovery, to complete the work he had started, shining a light on the impact of war on civilians.

While many grappled with upheaval at an organisational level at the National Optical Conference (14–15 November, Chesford Grange), it was Mr Duley’s personal story of change that formed the most emotive speech of the day.

Mr Duley recalled remaining conscious throughout the medevac flight and the close bond he formed with the two medics on board.

“The relationship that we built up is hard to explain: how did we end up feeling like family after 20 minutes?” he said.

“I said if I survive this I’m going to buy you a drink,” Mr Duley added.

After three months he was able to take a wheelchair to the shower for the first time and described being “horrified” at seeing his own reflection.

However, Mr Duley did not remain disheartened for long.

He later fulfilled his promise to buy a drink for the two medics, on a night where the trio got matching tattoos of the date that the accident happened.

“That’s when I realised how much that particular day meant to them too,” Mr Duley said.

Mr Duley initially became interested in photography as an 18-year-old after a car accident ruled out an early ambition to become a boxer.

At his lowest point, he was told that his godfather had passed away bequeathing him an Olympus OM-10 camera and a book by war photographer, Don McCullin.

“I was so moved by those images lying in that hospital bed, I realised, ‘This is what I want to do,’” Mr Duley said.

By taking photographs of fruitbowls, doctors and nurses, Mr Duley began to teach himself photography while he was recuperating.

He then landed a job as a tour photographer for the Black Crowes, “accidentally” becoming a music then fashion photographer.

Over a 10-year career, his photographs appeared in Vogue and GQ, before he decided to shift his focus and moved to Angola to document the effects of conflict there. He went on to complete photography projects in South Sudan and Bangladesh.

Although the work was vastly different, he found this form of photography much more rewarding.

“For the first time in my life, I felt happy. I felt like I was in some small way creating change,” he shared.

It was during the course of this endeavor that Mr Duley stepped on a landmine while shadowing a US cavalry regiment in Afghanistan.

A year and a half after the accident, he was back in Afghanistan continuing the work he had been doing before the accident.

I travel to some of the worst places imaginable, but what I find is love

Mr Duley shared stories of the people he met while photographing Syrian refugees living in Lebanon.

He told the audience about Abdel, who lived on rooftop and kept gazing at the horizon instead of directly at the camera.

When Mr Duley asked him what he was searching for, Abdel explained that he was looking out towards Syria in the distance.

Mr Duley recounted that Abdel slept on the rooftop so he could see his homeland each morning when he woke up and each night when he went to sleep.

Another couple, Khouloud and Jamal, lived in a makeshift tent with their children.

Jamal cared for Khouloud, who was paralysed from the neck down after she was hit by a sniper while she was working in her garden.

Mr Duley described how Khouloud would tease Jamal about too much salt in his cooking, saying she ‘had to keep him on his toes,’ while Jamal confessed to Mr Duley that he worried he loved his wife more than she loved him.

“There was always laughter ringing through this tiny little room despite so many hardships,” Mr Duley shared.

“I travel to some of the worst places imaginable, but what I find is love,” he said.

Mr Duley finished his presentation by encouraging the audience to focus on what is within their control.

Examples of Mr Duley’s work can be viewed through his website.