The great blue beyond

Trevor: I was 14 when I first started diving. I later joined the university diving club, which is where Lyndon and I met. It’s also where I met my wife. I got to know Jane when all three of us were directors of the AOP. That was when we found out that she was also a diver. The three of us try to do two overseas diving trips a year.

The Cenotes in Mexico are spectacular. There are thousands of miles of freshwater networks, with underwater caverns and connections between sink holes. If you are diving when the sun is overhead then the lighting effects that come through the small openings to the surface are amazing. I remember being in a cavern with a single hole above. The beam of light that came down was about 30 centimetres across and looked like a laser beam or something from Star Trek. There was another one that was like a huge blue curtain. 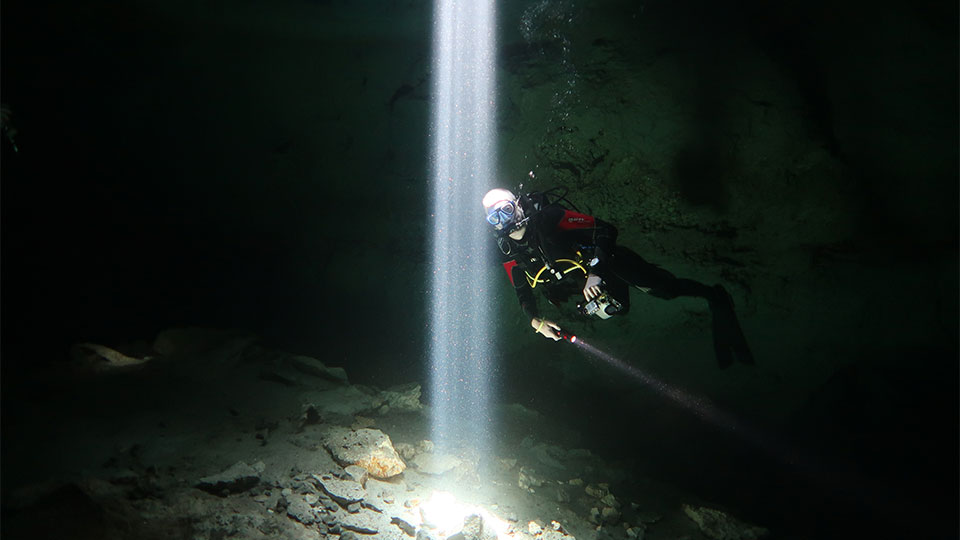 Jane: I live in Wereham a couple of miles from the coast and I belong to the Isle of Purbeck Sub Aqua Club. I’ve always loved being beside, on or under the water, which is why I like living where I do. Scuba diving is relaxing because when you are under the water, you are in a little bubble. You can’t be disturbed by phone calls or anything else like that.

Lyndon, Trevor and I went out to Sudan in February. We were completely out of touch for a week because there was no mobile phone signal. We saw Jacques Cousteau’s underwater experiment where he tried to prove that people could live in the ocean. He had a room set up on the sea floor that was supplied by a boat above.

A memorable moment for me was diving alongside giant manta rays off the Baja Peninsula. They are very accustomed to humans. On the final dive, we had mantas following us around like little dogs. They love divers’ bubbles – it tickles their tummies. 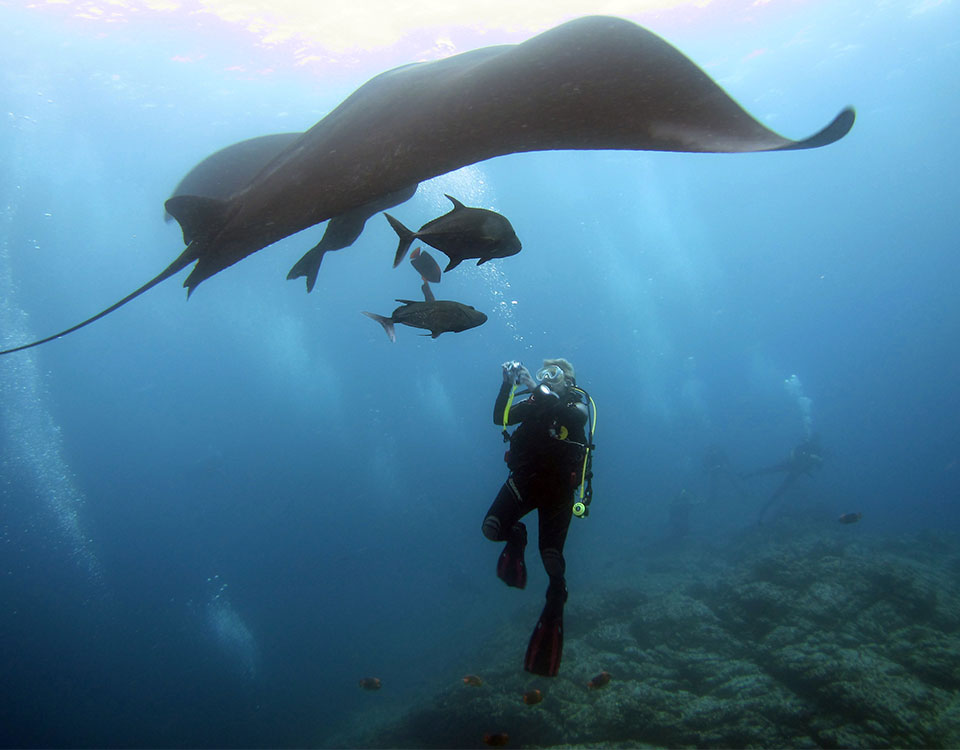 Lyndon: I’ve been diving for around 42 years. I suppose you can blame Jacques Cousteau, who was on telly every Tuesday night when I was young. When I first started, if you were in the water for more than half an hour you had done quite well. The suits weren’t so good and you got cold. Nowadays we can dive much deeper and for much longer. We can go to places that we never could before.

I think one of the biggest thrills is that I am quite regularly diving down to ship wrecks that nobody has ever dived before. We often don’t know what they are. It could actually be a vaguely ship-shaped lump of rock. Sometimes we dive down expecting one ship and find a completely different wreck.

People always ask, ‘What’s your best dive?’ and it’s never that simple. Any dive can be superb on the right day. One of the best dives was in Egypt. We were diving on what, to speak bluntly, was a third-rate reef and the next thing we know we’ve got 12 dolphins swimming around us.