I registered as an optometrist in 1991, working as a locum before owning my own practice for several years. After a while I thought to myself, I really want more out of life than spending my career in a dark room. I began looking for ways to explore my creativity.

On the back of that, I ended up in Suriname in South America recording a travel programme for their national airline. We were staying in little villages in the rainforest with the locals. On one particular night I was sitting on this canoe in the muggy climate with my hand in the river, enjoying the coolness of the water. At the same time, I was doing a piece to camera describing how the rainforest was the ‘lungs of the world’. Suddenly our interpreter dived in and wrestled my hand out of the water saying, ‘You know all those dark shadows you can see? They are alligators.’

I did different presenting gigs for a few years and then, after attending evening drama classes for a couple of years, I landed a small role on the popular soap, Hollyoaks, playing a driving instructor. It got to the point where my career became almost a 50/50 balance between working as a locum and working as an actor. 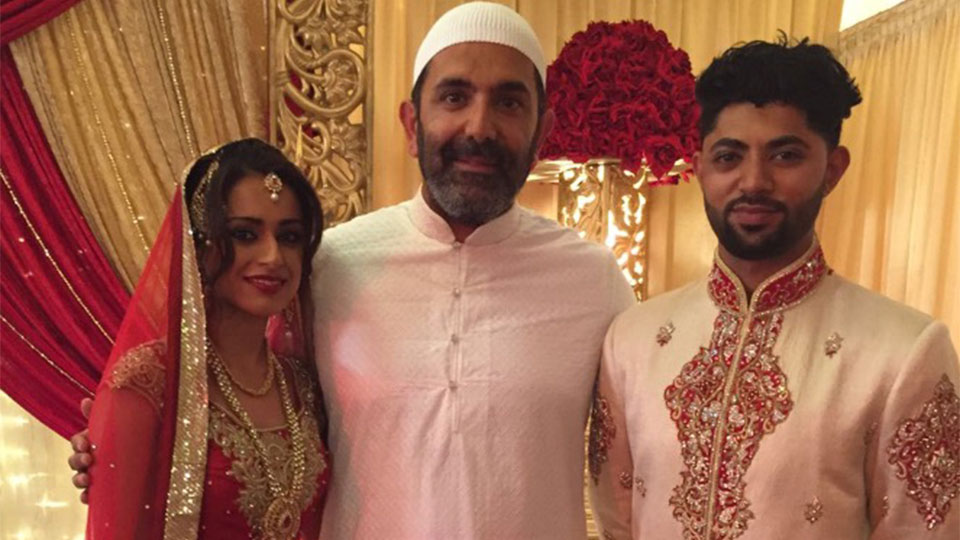 In 2016, I was cast on Coronation Street as the Imam who conducted the marriage ceremony between two regular characters. I discovered it was history in the making because it was the first Muslim wedding ceremony in the long history of the programme. From an actor’s point of view, it was a really great credit to have.

When working on soaps, you feel like you already know the other cast because you see them on a daily basis on the TV in your home. It’s like visiting New York for the first time. Even though you haven’t been there before, you’re familiar with the city because of how often it’s on television and film.

On a few occasions in practice I have had some quizzical looks from patients and they have asked me ‘Are you an actor by any chance? I saw you on a commercial last night’ It happens with commercials a bit more because they air more frequently.

Although my career may have followed a different path than many of my peers, being able to practise as an optometrist and perform creatively has been very satisfying and continues to be so. I have a hatful of wonderful memories, priceless experiences and stories to tell.

Watch clips from Mr Nagra's career on his website.