“What would the ninja do?”

OT  talks with entrepreneur and judo fighter, Daniel Powell, about his appearance on Ninja Warrior

Becoming involved in Ninja Warrior was very random. My fiancé’s [British Paralympic gold medallist Libby Clegg] agent called me the day before and asked me ‘Are you doing anything tomorrow?’ When I said no she told me that she could get me on Ninja Warrior.

It is a good job that I am fairly active and fit, otherwise I don’t think I would have got past the first hurdle.

You only get one go and there is no practise session. I got to walk alongside the course with my guide dog Elmo while the course was described to me. I think people were like, ‘What’s this lad doing?’ The people who compete on Ninja Warrior usually have a bit of a screw loose and when this bloke with a guide dog turns up that is even more out of the ordinary.

I was born with a form of macular dystrophy called cone rod dystrophy. It’s a degenerative hereditary condition that my dad has as well as my brother. My vision is basically the opposite of tunnel vision. It’s like if you imagine sitting really close to the television, but the telly is off. The centre appears like broken up barcodes.

In the moments before competing, I felt just like I would before going into a fight. We were in a small padded area and someone would say, ‘Three, two, one, you’re up.’ My nerves were going. There was one-point walking out on to the stage where I nearly fell over walking up the steps. I thought, ‘I can’t even see the steps – what am I doing?’ 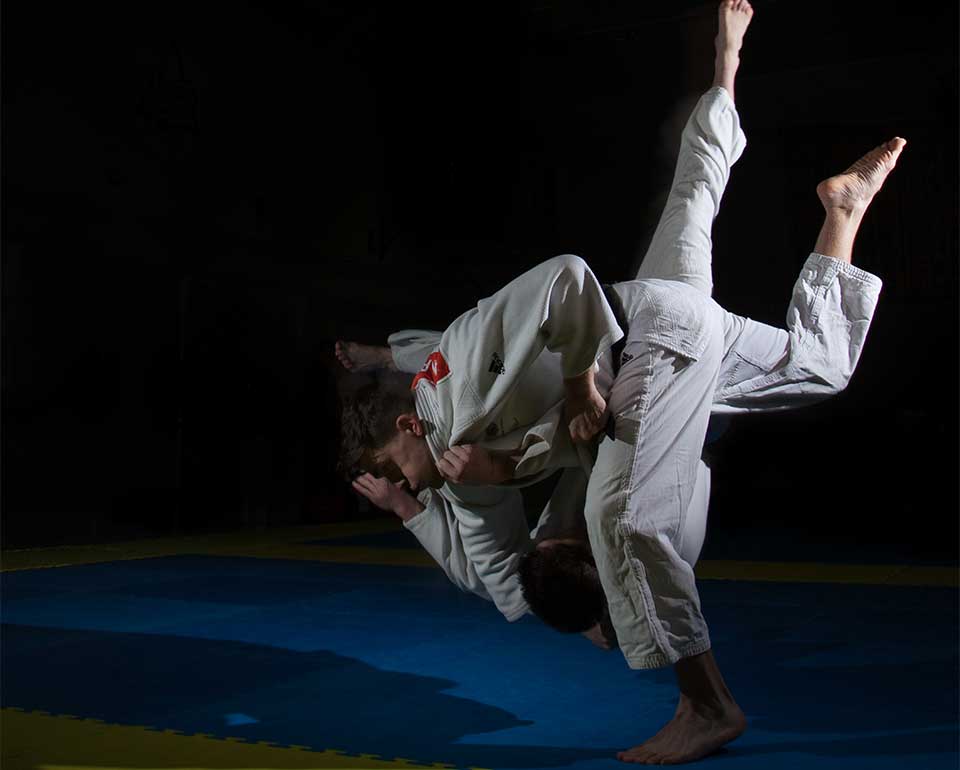 Competing was the closest feeling I’ve had to London 2012 [Paralympics Judo competition]. I felt like the entire crowd was there to support me. I think Elmo enjoyed it as well. He was stamping up and down, he got on camera more than me I think.

I didn’t expect to go out and set the world alight but I didn’t want to turn down the opportunity. The fact that I didn’t complete the course doesn’t matter. It’s the fact that I got up and gave it a go.

I pride myself in trying to crack on with what I’ve got. First and foremost, I don’t see myself as a blind person. I see myself as a good sportsperson and an entrepreneur.

I create my own opportunities and have never been granted anything. I learned my work ethic from my parents. I do not stop. I wake up, I go to work at 5am in the morning, then I come home and I’ve got jobs to do. I’m paving my drive this afternoon. Even things like that - people would think ‘What the hell man? You can’t even see. Why are you paving your drive?’ But I feel like I can do it, so I will do it.

I would say 99% of people responded positively after Ninja Warrior. A message that really stayed with me was a woman with a visually impaired son who does judo. She messaged me saying that her son usually struggles to get through an entire training session. Then last week after watching the programme, he said “What would the ninja do?” and got through a full session without coming off the mat for the first time. That was really humbling.