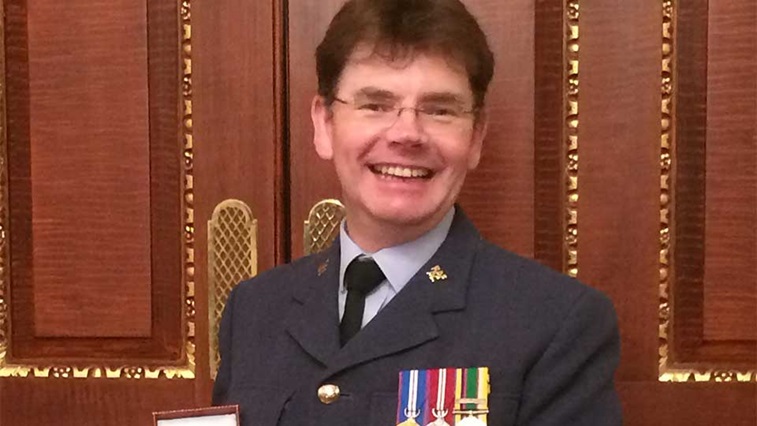 Optometrist and cadet forces adult volunteer, Kris Cottier, has become the second officer of the Air Cadets to be awarded the badge of the League of Mercy since 1999.

Mr Cottier has been recognised for his voluntary service to the young Air Cadets in the Bexley area, which includes organising activities for the Welling Air Cadets.

He is a flight lieutenant, commanding officer of the 358 Welling squadron of the RAF Air Cadets, president and life member of the RAF Association Bexleyheath and district branch and also helped establish the Welling Cadet Forces Foundation.

The award was presented by president of the League of Mercy, Lord Lingfield, during a ceremony at Mansion House on 16 July.

Speaking at the ceremony, Lord Lingfield said: “[Mr Cottier] is tireless in organising activities for Welling Air Cadets, from gathering smart cadets at every mayoral event, Remembrance Sunday, civic parades, award events and encouraging other youth organisations, to enjoying joint ventures in adventure training, international camps and achieving qualifications in all aspects of flying. Many of these young people are from humble backgrounds and his encouragement has transformed them into very solid citizens.”

Speaking about the award, Mr Cottier said it was a tremendous honour to be recognised and added that he has been overwhelmed by the tributes he has received.

“I could not have achieved any of the things cited for the award without the support and love of my wife Claire, as well as the long-term support and good wishes of the adult staff of Welling squadron and the loyalty and hard work of each of the cadets over so many years. It is as much their award as mine and it is on this understanding that I accept the award," he shared.

Mr Cottier is a locum optometrist, practising at Collett Opticians in Sidcup and Eltham, as well as Ashby Opticians in Mottingham and with Boots across south east London and Kent. He is also a liveryman of the Worshipful Company of Spectacle Makers.