Building on a legacy

Louis Stone has been supporting optometry undergraduates across the UK by sponsoring and donating prizes at university Eyeballs.

As well as pledging raffle prizes, such as flippers and cross cyl lenses, which have enabled students to fundraise for their chosen charities, the company has donated goodie bags for those attending the celebrations too.

Held last month, more than 150 guests attended an Eyeball hosted by the University of Manchester’s Opsoc. A raffle during the evening raised £270 for Vision Aid Overseas.

Optometry undergraduate and inclusions officer, Ahmad Kassir, said: “It was wonderful to see Louis Stone joining in and donating such an amazing prize for the charity raffle. It went down very well with the optometry students attending. The favours they donated were also a big hit – everybody loved the bottle openers in the shape of spectacles.”

Also hosting an Eyeball last month was the University of Bradford’s optometry school. The evening was attended by 170 people and £50 was raised by attendees. The event included a three-course meal, DJ, dancers, a singer, a chocolate fountain and a photo booth. 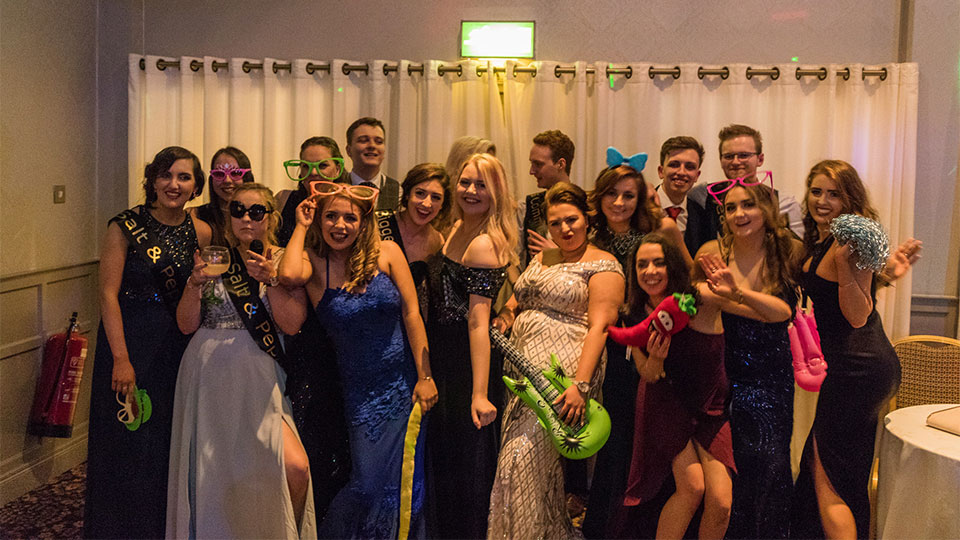 Again, Louis Stone sponsored the ball and donated a student kit for the raffle, as well as goodie bags for all attendees.

Most recently, Ulster University optometry students and staff celebrated its Eyeball, which was attended by 116 people. A raffle raised £150 for Guide Dogs for the Blind.

The raffle prize donated by Louis Stone was won by psychology student Erin McClean, who donated the flippers to an optometry friend.

Speaking about its support of the Eyeballs, managing director of Louis Stone, Paul Gaba, said: “It’s of up most importance for Louis Stone to sponsor the student balls each year and support their societies as it’s not easy for them to raise their own money for their activities and it’s crucial for them to exist in order for them to develop relationships and camaraderie. After all, we are supporting the optometrists of the future.”