Following his callup for Italy, Irish-born rugby player, Ian McKinley, talks to OT  about being blinded during a match and the importance of perseverance 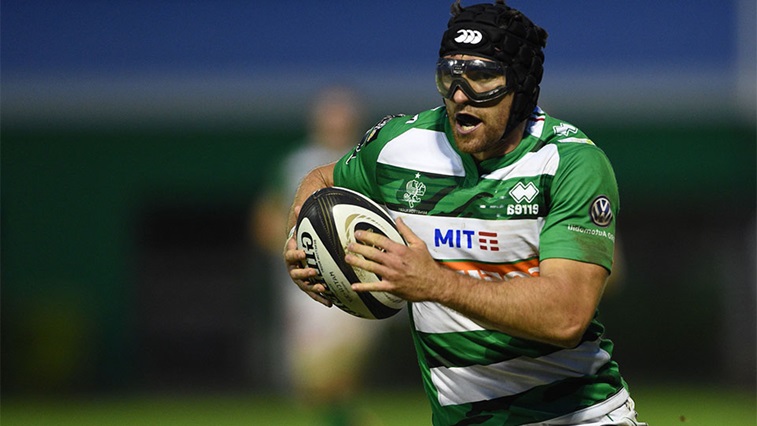 Back in 2010 I was playing a club game in Dublin in Ireland. Unfortunately, when I was at the bottom of the ruck a teammate stood on my eyeball and it perforated.

I had emergency surgery. After a few weeks, I was able to see light and start to make out bigger objects. I was initially told that I had to stay out of any physical activity for a year, but my recovery was so good I was back playing my first game of rugby at a professional level after six months.

My vision continued to get better every month, but then I came off during one of my rugby games because I couldn’t see the posts properly. That’s when I found out I had cataracts. At its peak, my vision was at about 70%, but then I needed two further operations to get rid of the cataracts. My retina detached about 18 months after the initial accident.

I have no vision in my left eye and I wear special goggles to protect what vision is left in my good eye. The company that manufactures the goggles are called Raleri, based in Bologna, Italy. They usually make eyewear for motocross and skiing, but they ventured into rugby in 2014 with the help of World Rugby.

I wouldn’t be a fashion icon with the goggles, but if it lets people know that they can be different and they are inspired by it, then that isn’t a problem. Rugby is a sport that advocates the view that you can be any type of person and play. The goggles are just a little adaptation.

The position that I play is like a quarterback in American football so you need good peripheral vision. I do exercises that help with that. There have been a few things that I have changed in my style to evolve and stay ahead of the game. I won’t give too much away, but for example I can’t see out of my left eye and I am left-footed so if I put the ball out, I can’t see the ball properly. I have had to change my kicking angle. It’s nothing too dramatic but there are small things I do and I depend a huge amount on communication from my teammates.

"Rugby is a sport that advocates for the view that you can be any type of person and play. The googles are just a little adaptation"

It’s important to have a good group of people around me. My family and friends are really supportive. They have helped me through harder moments. Now I am getting messages from parents saying that their kids can play rugby because of the rule change that allows players to wear goggles which is an extra motivation.

Being selected onto the Italian side was a very important moment in my professional career. I’m very, very happy and my selection is down to a lot of work by other people around me. It is with great satisfaction that I will be able to go on the field for Italy and hopefully perform.

My journey to this point has been a rollercoaster. You can never predict what is going to happen, particularly in sport. There are so many different things that can happen for or against you. You have just got to work, keep your head down and hopefully things turn out the way you want them to. I feel very privileged that I have been able to get a second chance and I certainly aim to make the most of it.