Rebel with a cause

Voice actor, Ryan Kelly, talks with OT  about living his childhood ambition as Jazzer on the world’s longest-running radio soap 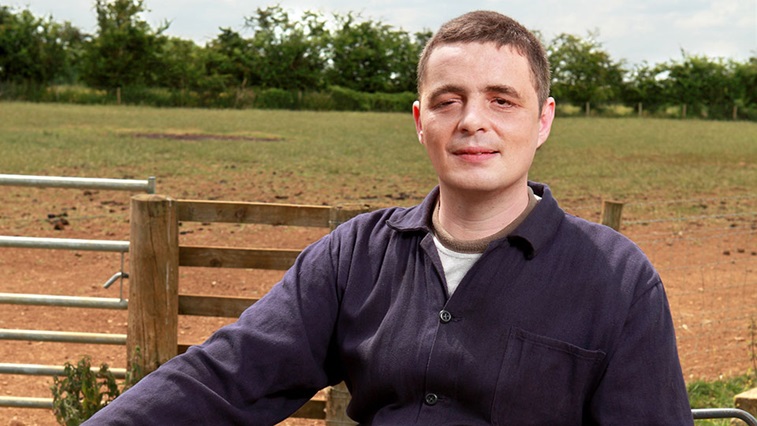 I've been on The Archers for 16 years. It's quite easy to remember because I got the job five months after my daughter was born. That was a good year.

I was concentrating on walking to the nursery to get my nephew when they phoned me up and asked me to audition. I almost ran straight into moving traffic. If I didn’t have a sensible guide dog I wouldn’t be here to do The Archers, trust me. It was a weird feeling, like numbness.

I’ve listened to The Archers since I was 11. I used to sit there and imagine what it would be like to be on the show. I hope to work on the programme for a long time, but if it was to stop tomorrow I can say that I have achieved one of my biggest ambitions.

I've got no eye in my right eye and I have a small eye about the size of my little fingernail in my left eye. It's never been a problem. It is what it is – mum is always very fond of saying that.

With voice acting, the main difference to an actor with sight is that I learn the scripts instead of reading them. Someone with sight can read a radio script because all they use is their eyes, but when you run your fingers over the braille the mic picks up a 'thththth' sound. The radio scripts get emailed to me and I learn them from computer speech. Without sounding conceited, I have always had a very, very good memory.

"Through voice acting, I have created the illusion that I am sighted. I can steal cars, ride motorbikes. It's easy to do – you have just got to put yourself in that place"

My character, Jazzer, is a bit of a reformed idiot. He was a drug addict and took an overdose of ketamine in the toilets. Now he has sorted himself out and has a decent job. He sees lots of women on his milk round and is always up for a bit of the other as my friend would say.

Because I've been doing it for such a long time, the character has become real. Without stretching it too much – I don't sit there and think 'Jazzer might see me' – I’ve come to think of him as a person.

Although I am very different to my character there are some similarities. Jazzer doesn't suffer fools very well and there are parts of my upbringing in his voice. I have a slight Glasgow accent, but Jazzer talks a lot broader than I do.

The way they create sound effects on the programme is quite inventive. A calf is born by using a wet towel soaked in a bucket of yoghurt. When a trailer gate goes up, they use an old ironing board that squeaks. They have a great big board full of door bells.

"A calf is born by using a wet towel soaked through in a bucket of yoghurt. When a trailer gate goes up, they use an old ironing board that squeaks"

I don’t get much fan mail but I have been recognised by my voice a few times. On the train a few years ago, I was singing to my daughter and this woman asked, 'Excuse me do you play Jazzer on The Archers?’ I love singing, particularly folk music and country music. Sometimes if I'm feeling emotional in a negative way I've got to let it out by singing.

Through voice acting, I have created the illusion that I am sighted. I can steal cars, ride motorbikes. It's easy to do – you have just got to put yourself in that place. If you are on television you can only play a blind person because the camera doesn’t lie.

I didn't really know why I loved The Archers growing up but I do now. Nothing much happens on it. You get story lines but none of them are sensationalist. In EastEnders or Coronation St somebody dies four or five times a year, often fairly dramatically and horribly. Everything happens in capital letters. I like The Archers because they are just talking about day-to-day things.