From a seven-decade career to a twin vocation, OT  explores the key to job satisfaction in families where a passion for eye health forms a common thread

During family meals at the McElvanney household, the world of optometry is never far from conversation.

Retired Glasgow optometrist John McElvanney received more than 20 bottles of brandy and wine when he put away his ophthalmoscope for the final time at the age of 86.

His daughter, Andrena McElvanney, works as an ophthalmologist in London, while Nicola McElvanney runs her own practice that she established in Woodlands Rd 21 years ago.

“It drives my Mum mad when my Dad and my sister and I get together and start chatting over Sunday lunch about eye problems,” Nicola McElvanney told OT.

“Andrena talks about operations, I talk about treating certain conditions, Dad will chip in and then Mum goes into the kitchen,” she shared.

John’s first exposure to optics was as a 15-year-old when he started working as an apprentice making frames and glazing lenses at an optical factory in Glasgow following brief stints as an assistant to an electrician and butcher.

John felt that the mix of science and customer contact involved in optometry suited him and he embarked on his training as an optometrist.

John spent his newly-qualified years with the Royal Army Medical Corps, spending two years working alongside ophthalmologists in Egypt, before returning to Glasgow and establishing his own practice.

"When I do eventually retire I would still want to be involved in optometry because I think it is such a great career. I suppose, like my Dad, I will miss a lot of my patients"

The optometry landscape was vastly different when John was first practising. There were no daily disposable or monthly disposable contact lenses, so John fitted rigid lenses by taking moulds of the eye.

He explained that intraocular lenses were also absent, meaning that after patients had a cataract removed they were aphakic. Glasses with split lenses were worn instead of varifocals, and frames were generally handmade.

“There wasn’t the variety that we’ve got now and there certainly weren’t designers making frames in those days,” John shared.

John had built up a loyal following by the time of his retirement after more than 56 years practising at his Byres Rd practice.

He would see the grandchildren of patients that he had treated when they were children. For John, the balance between a practical and scientific career and dealing with the public everyday made optometry the perfect fit for him.

Asked why he kept working past the standard retirement age, John replied that he simply loved his job.

“I built up a rapport with my customers so it was more like seeing friends than patients,” he shared.

John explained that becoming involved in optometric politics was a rewarding part of his career. Along with colleagues, he set up the first area optical committee and lobbied the government to establish the first NHS-funded eye examination in Scotland. 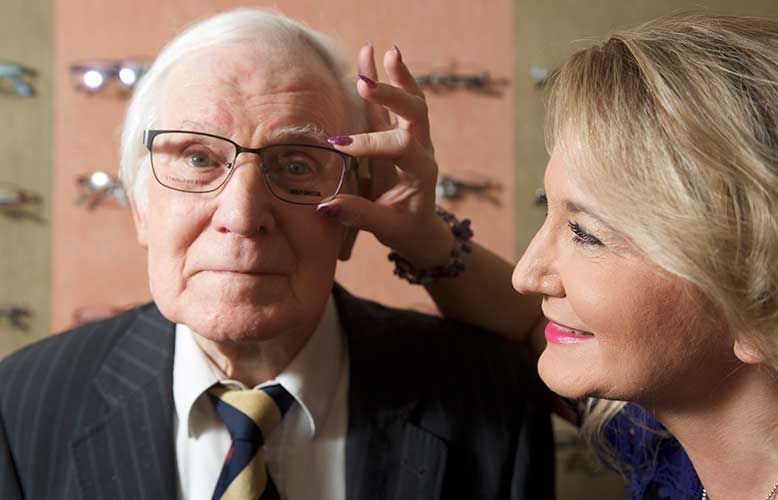 Nicola McElvanney decided to become an optometrist after spending her time after school in her father’s bustling practice.

“I watched him testing eyes and would play with the ophthalmoscope that I wasn't meant to touch. I remember the friendliness and the fun he used to have,” she shared.

“He was always up first thing in the morning desperate to go to work and worked five and a half days until almost the end of his career. I don’t think anybody in any occupation loved their work as much as my Dad,” Nicola added.

She was able to draw on her father’s guidance and years of experience when she first started working as an optometrist. Nicola is also able to text or call her ophthalmologist sister for advice whenever a particularly tricky case comes up at work.

Like her father, Nicola has become involved in optometric politics as a former chair and current executive committee member of Optometry Scotland.

“I never thought that I would be involved in anything political, but it does bring a lot of satisfaction when you see that you can shape the future of the profession,” she emphasised.

One day-to-day aspect of the job that she enjoys is seeing the happiness in her customers when they pick up their spectacles.

“I am quite good at helping people choose their frames. Usually, the first one I pick up is the one they eventually choose because I know what suits people,” she said.

Although Nicola has followed in her father’s footsteps in many ways, she has ruled out continuing to work into her 70s and 80s.

“I want to have a life-balance,” she shared.

However, Nicola plans to continue some involvement in the profession after she finishes working.

“I would still want to be involved in optometry because I think it is such a great career. I suppose, like my Dad, I will miss a lot of my patients.” 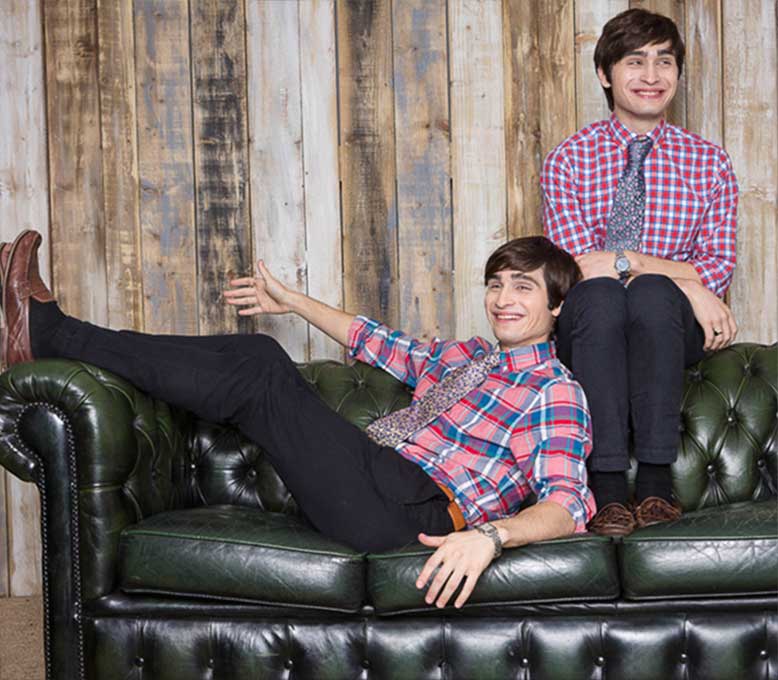 Their father is a family doctor, and growing up the pair would play with his Welch Allen ophthalmoscope as well as a pair of colour vision tests.

“We ruined two Ishihara Tests as kids by colouring on the pseudo-isochromatic plates,” Michael shared.

An interest in colour vision continued into their studies, with the siblings investigating the possibility of using Skittles and M&Ms to test colour vision in children for their final year project.

The clinical aspect of optometry is part of the job that Joshua and Michael value, so a key element of career satisfaction is having enough time with each patient to conduct a thorough eye examination.

The pair both believe that optometry is a challenging profession where there is always more to learn. They would like to see optometrists receive more recognition for their clinical training, with the potential for graduates to be called ‘doctors of optometry’ in the future.

The pre-reg optometrists often asked why they decided to study the same thing. Joshua told OT that studying optometry seemed like a good fit for both considering their interest in technology and the eye.

“Our friends and distant family have quite a few sets of siblings who studied the same thing so it seemed like a natural progression,” he explained.

Having a sibling studying the same subject was useful around exam time, Joshua said.

“We both find it useful to have someone to bounce ideas off,” he added.

While having a twin sibling working in the profession may have the potential to create confusion, the pair have had few issues with colleagues struggling to tell them apart.

Joshua, who is the older twin, wears a circular watch and is slightly taller, while Michael wears a square watch.

In terms of highlights in their careers so far, Michael described seeing the impact fitting a keratoconus patient with scleral contact lenses had on the patient’s vision, while Joshua talked about the first contact lens fit he did on his own.

“The patient had felt self-conscious as a spectacle wearer and was very happy with contact lenses,” Joshua shared.

Both siblings were drawn to optometry as a career where you can help to improve the lives of patients in a tangible way.

“Our parents are very happy that we both found something we really enjoy doing and are passionate about. Optometry is an amazing career,” Michael shared.