James Chen explores what philanthropy means to him, and how his charitable initiatives aim to pull down the barriers to vision correction across the globe 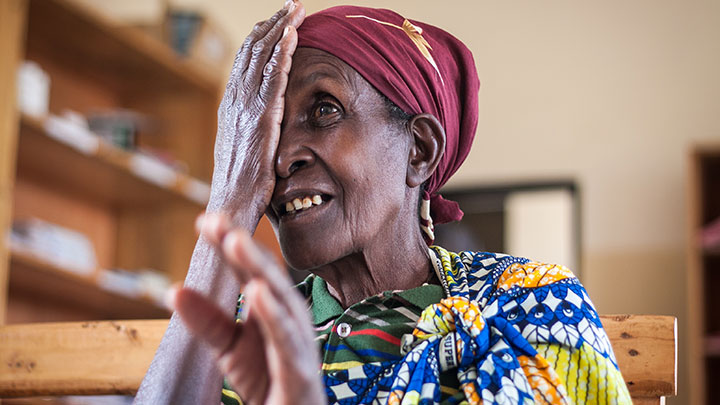 My father was an unusual Chinese philanthropist. Like many of his peers, he gave generously to his home town of Qidong, in the Jiang Su Province of China. He helped build schools and medical facilities, and he contributed to local infrastructure projects to lay new roads and construct bridges.

As remains a strong tradition in East Asia, my father and his contemporaries believed that wealthy families had an obligation to charitable giving.

However, where he differed was that he also believed in donating his time. My father was confident that to achieve the best outcomes, he must also give an equal measure of his insight to match his financial donations.

Over the years, my family has developed domain expertise in early childhood literacy, stimulating development of school libraries and extra-curricular educational programmes in parts of China and Hong Kong, challenging our culture’s norm around the objective of education, namely rote learning and test taking success.

Like a rather more prominent philanthropist, David Rockefeller, my father also knew that effective philanthropy requires patience – patience to deal with unexpected obstacles; patience to wait for the first, slight stirrings of change; and patience to listen to the insights and ideas of others.

"While we founded the Chen Yet-Sen Family Foundation in memory of my late father, over the last 12 months I have also developed my own focus: poor vision"

My own approach to philanthropy is in many ways underpinned by the influence of these two men, and by those that have followed in their footsteps.

While we founded the Chen Yet-Sen Family Foundation in memory of my father, over the last 12 years I have also developed my own focus: poor vision.

Today, 2.5 billion people around the world suffer from poor vision, but have no means of correcting it. That makes it the largest unaddressed disability in the world.

Poor vision is not a life-threatening condition, which places it low on the priority scale for development funding, and means it all too often fails to make the agenda for world-leading summits.

Indeed, the funding that is available for vision, has understandably been channelled towards the most severe cases – to those who need medical interventions to prevent sight loss.

However, the impact of poor vision has been long underestimated. According to Access Economics, poor vision is currently costing the global economy $3tn per year, in healthcare costs, lost productivity as well as reducing school attendance, personal development and literacy rates.

As is the case for so many global challenges, the impact of poor vision is disproportionately felt. 90% of people suffering from poor vision are living in developing countries, and two-thirds of those are women.

Though its effects are widespread, it is also entirely solvable. It is estimated that nearly 80% of poor vision cases could be corrected by a simple, 700-year-old invention: spectacles.

That’s what I’ve spent the last 12 years trying to do: to understand the barriers and the solutions so that we are able to provide glasses to every person who benefits from them.

Vision for a Nation

In 2012, Vision for a Nation, a UK charity that aimed to drastically cut the cost of the traditional western ophthalmic model launched in Rwanda. In the last five years, we have trained 2500 nurses in Rwanda in primary eye care and invested in lower-cost equipment like adjustable glasses, that reduce the need for highly-trained, expensive ophthalmic staff to administer a simple screening. Thus, we have now extended eye care services to all of Rwanda’s 15,000 villages.

However, as we built Vision for a Nation, I caught what Rockefeller would have called a ‘stirring of change.’ In those years, rates of mobile phone penetration began to sky-rocket across the globe, not just in developed markets but across Africa, Asia and Latin America.

I began to hear about innovations like Peek Vision, a smartphone application being developed by Dr Andrew Bastawrous, a brilliant social entrepreneur, now a close friend and adviser, which would enable eye screenings with little training, and minimal equipment in underdeveloped areas.

Inspired by such innovations, last year, I launched Clearly.

"I'm now more convinced than ever that the world is at a global tipping point for this vital issue, and that with the collaboration and participation of the globe's leaders, access to vision correction for all is well within reach"

The founding aim of Clearly was to revolutionise the globe’s approach to poor vision by: campaigning to raise awareness of the issue, by supporting the innovations capable of transforming access to vision, and by bringing together the people with the creativity and clout to make a positive change.

We’ve just come to the end of our first year. In that time, we have launched a first-of its kind ideas competition for entrepreneurs. We received over 200 applications from 24 countries, highlighting the power of innovations from AI to 3D printing in tackling the issue.

In October last year, we awarded a share of $250,000 in prize funding to help accelerate the growth of our five finalists, giving first prize to Vula Mobile, a game-changing smartphone app connecting rural healthcare workers with on-call specialists.

Across the year, we’ve gathered the world’s best entrepreneurs, scientists, doctors and innovators in cities from San Francisco to Shenzhen, to stimulate new thinking and to forge new collaboration.

I’m now more convinced than ever that the world is at a global tipping point for this vital issue, and that with the collaboration and participation of the globe’s leaders, access to vision correction for all is well within reach.

James Chen is founder and trustee for the foundation Vision for a Nation, and the founder of Clearly.