They come in the darkness carrying blankets, bags of food and water, prepared for a long wait. This is Smyth County Virginia – a population of 32,000 dispersed between three green valleys carved by the forks of the Holston River.

The grand landscape is reflected in the name of the airfield that has been transformed into a makeshift medical centre: Mountain Empire Airport.

Although the surroundings suggest abundance, many people who live here have far too little. And the queues for free dental, vision and medical care at the Smyth County Remote Area Medical (RAM) clinic are just a hint of the unmet need in a country where 11.3% of the population do not have health insurance.

The vehicles begin lining up at 3am. Then, at 6am, people get out of their cars to join the line for registration. It is so cold that the following day volunteers will distribute several hundred thermal blankets.

“It is really sad that they had to get their healthcare in that way – people on crutches, people in wheelchairs, older people who were really cold,” optometrist Dr Victoria Weiss observed.

“Sometimes people ask ‘Why are you seeing these patients for free? Are they just doing it because they don’t want to pay for it?’ You just wouldn’t do that if you could pay for it,” she emphasised.

"They have to decide whether to put food on the table or go and get their blood pressure examined, or get a tooth pulled"

Dr Weiss, who is the president of RAM Virginia, explained that most people who are seen through the clinic are either unemployed or underemployed.

"We have people who make too much money to qualify for government help but they don't make enough money for glasses or dental care," she highlighted.

"They have to decide whether to put food on the table or go and get their blood pressure examined, or get a tooth pulled," Dr Weiss elaborated.

During the three-day Smyth County Clinic in May, 366 people received an eye examination and 356 sets of spectacles were dispensed.

A team of optometrists, dispensing opticians and an ophthalmologist see patients before sending them to a tent stocked with donated frames. Lenses can be made for patients at the clinic's on-site vision lab.

Dr Weiss explained that the team came across everything from cataracts to glaucoma and diabetic eye disease at the RAM clinics, but the most common problem was more simple. 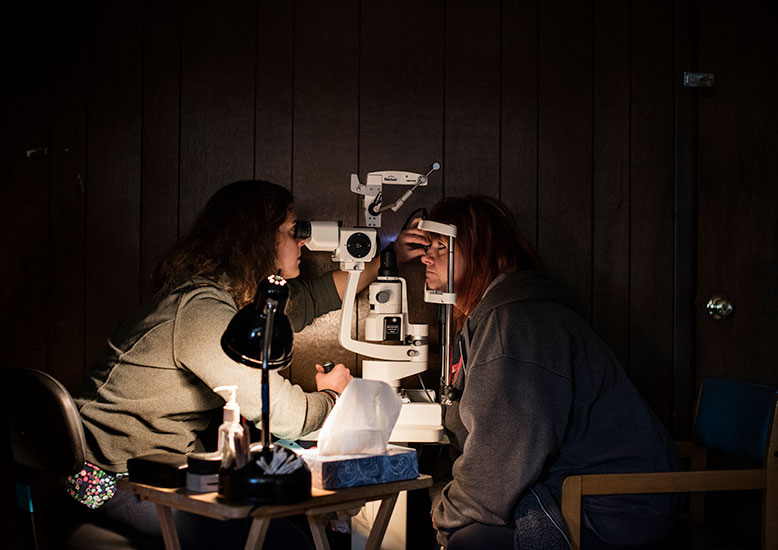 Dr Weiss and her husband Dr Douglas Weiss both graduated as optometrists from the State University of New York College of Optometry in 1989.

During their time as students, they travelled to Honduras, Guatemala and Nicaragua through the organisation, Volunteer Optometric Services to Humanity (VOSH).

The couple lived for 10 years in New York following graduation, setting up optometry clinics in the city's homeless shelters.

"We always had the idea of not just serving in other countries that were considered more impoverished but doing things in our own backyard. In New York, there were a lot of people who were not getting services," explained Dr Weiss.

After a move to Virginia, Dr Weiss founded a chapter of VOSH in the state before setting up the Virginia affiliate of Remote Access Medical in 2014.

This year nine clinics will be held across Virginia. Next year, Dr Weiss explained that RAM Virginia plans on holding 12.

"We are really in a growing pattern which is good and bad. It is good that we will be able to serve more people but it is bad because it means the need is still here," she added.

"Hopefully one day the need won't be here and we can move on to helping in other countries," Dr Weiss added. 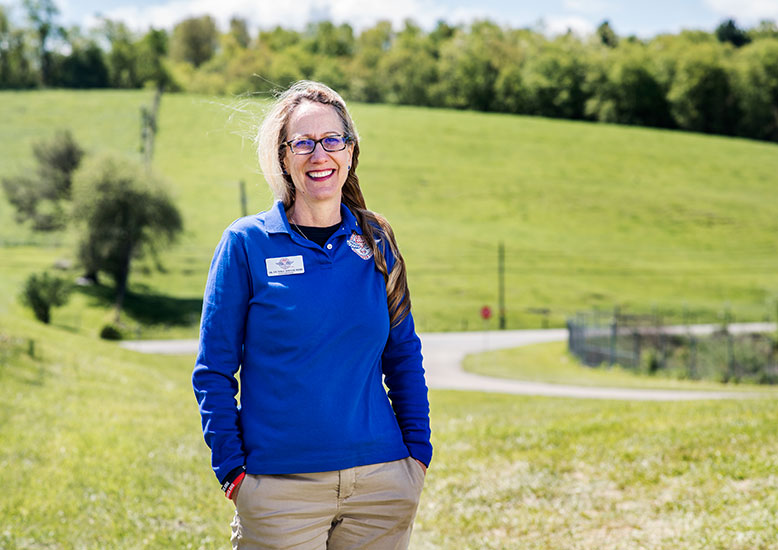 At the clinics, volunteers often see patients with worn and battered glasses that they cannot afford to replace.

Dr Weiss described seeing a mother in her mid-20s whose glasses were a decade old at the Smyth County Clinic.

"She had taken really good care of them considering she had them for that long. I was impressed that during that time-period of her life she was able to hang on to them," Dr Weiss added.

Other patients use safety pins to replace missing screws in metal lenses or tape frames together that have cracked at the bridge.

Dr Weiss saw one gentleman who taped an old pair of spectacles to a frame with only one lens in it so he could see through the other eye.

"People do some pretty creative things to try and make it work," Dr Weiss emphasised.

One of the rewarding aspects of the work was seeing the impact wearing spectacles had on patients.

Dr Weiss recalled a nine-year-old boy at the Smyth County Clinic getting his first pair of spectacles and noticing the fineness of the leaves for the first time.

"His whole face just lit up because he couldn't believe everything that he was seeing," she shared.

Sometimes Dr Weiss will spot a patient she examined earlier in the day wearing their new spectacles as she moves between tents.

"It's always fun to see them smiling and enjoying their new glasses. It may not seem like a big deal for the rest of us, but to them it can made a huge difference," she emphasised.

Smyth county ram by the numbers

"A lot of what we get is plain old nearsightedness, which is good because you can fix it then and there. You might have a kid who can't see the board, or someone who needs to drive for their job. It is really rewarding because you can tie the loop on the glasses piece right then and there and hopefully make someone's life better."

One of the challenging parts of each clinic is turning patients away. Because of limited resources, only a set number of people can be registered for each day.

All patients receive free medical treatment, but often they must make a choice between vision and dental.

"If they are in a lot of pain they will pick dental over vision. That definitely happens," Dr Weiss explained

While most patients will come from within a 30-mile radius to get to the clinic, there are occasionally people who will travel hundreds of miles across several states to get to RAM.

Dr Weiss' husband examined a patient who walked 20 miles to get to the clinic.

"You wonder why they would do that, but if they are bringing a whole family that has a huge amount of value - if someone needs glasses, someone needs dental care and they have a couple of kids who need care. People don't just come from that immediate town," she shared.

Dr Weiss' commitment to helping others stems from what she experienced in her own childhood.

"I feel like I was lucky with where and when I grew up that I was able to get glasses when I needed them, healthcare, my vaccinations, an education," she explained.

"Things were pretty easy for me. I feel like it is part of our responsibility, if we are able to, to help those who don't have all of those advantages," Dr Weiss concluded.