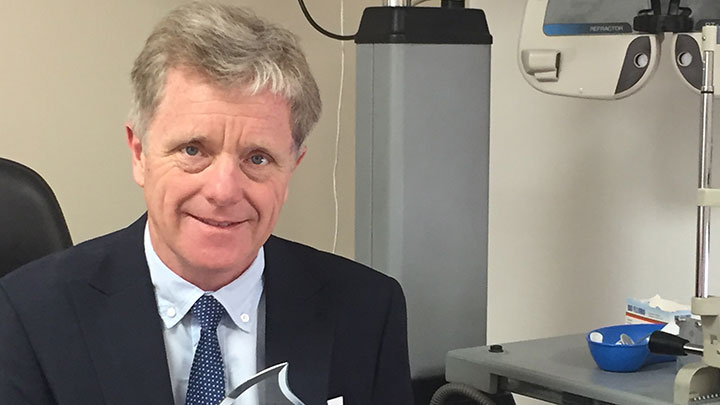 A consultant optometrist at Midland Eye has been recognised by the British Contact Lens Association selecting him as its Dry Eye Practitioner of the Year.

Nick Dash received the accolade during the association’s recent Clinical Conference and Exhibition, which was held in Liverpool on June 9–11.

Mr Dash established a dry eye clinic at Midland Eye Hospital earlier this year due to patient need. Dry eye is a growing issue, with an estimated 30–40% of the population affected

After receiving the award, Mr Dash said: “I was delighted to receive this accolade, particularly in view of the prominent people that had been nominated. This award is not just for me, but for Midland Eye, which has supported the ongoing process of innovation and delivery of the dry eye clinic.”