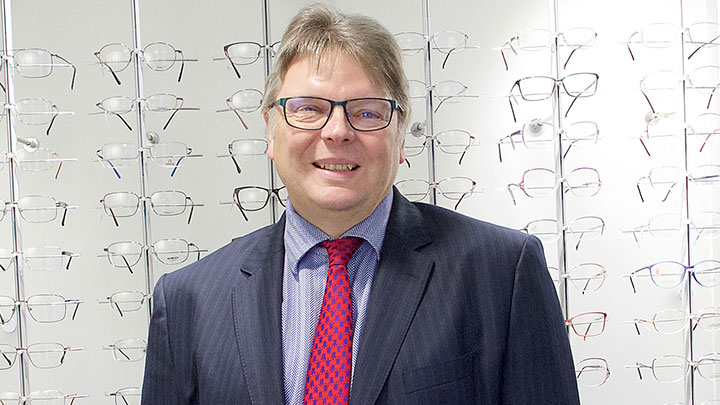 Optometrist Nick Rumney has been appointed vice-president of the European Academy of Optometry and Optics (EAOO).

Taking up the role with immediate effect, the independent practice owner will hold the position until May 2019.

Mr Rumney, who is a founding member of EAOO and was named a fellow of the academy in 2015, was appointed following a member election process during its recent conference in Barcelona. During the meeting EAOO’s president-elect, Dr Eduardo Teixeira, became president, leaving the vice-presidency position vacant.

Commenting on his appointment, Mr Rumney said: “I feel very humbled to have been elected vice-president, especially as there was such strong competition which pays testament to how much the academy has grown since first being launched.”

President of EAOO, Dr Teixeira, added: “I am delighted that Nick has been elected as vice-president and will be supporting me in this new role just as I was able to work closely with the outgoing president to help the organisation build on previous successes.”

EAOO was established in 2009 to “advance optometry and optics, develop the scientific knowledge base, and support and promote lifelong learning for all those involved in eye health care across Europe.”

Reflecting on his goals during his time in the role, Mr Rumney shared: “I aim to use my new position to further raise the academy’s profile and ensure optometrists and opticians across Europe work together to address issues such as an ageing population, a growing need for healthcare, technological advancements and consumer demands.”