Eyewear designer, Oliver Goldsmith, shares his experience of cataract surgery and reflects on his improved vision

It was early 2016 that I began to notice a change in my vision. At first I couldn’t quite put my finger on what was wrong and put it down to eye strain due to infrequent screen breaks when I was working. However, when the vision in my right eye appeared to deteriorate quite fast, I visited my opticians for a sight test.

My optometrist confirmed that the vision in my right eye had indeed weakened since my last visit, and was now worse than the vision in my left eye. I was advised to return in six months’ time for monitoring, but life got in the way when I was treated for a slipped disc.

It was around eight months later that I presented at a local opticians and learnt that I had the beginnings of cataracts forming in both eyes.

This was not of immediate concern to the optometrist and I was given a new prescription before going home. However, just six weeks later, despite the new spectacles, I was struggling once more and returned to the opticians.

My sight means an awful lot to me and consequently, with daily tasks becoming difficult due to my fast-changing sight requirements, I decided to go privately and have my cataracts removed.

"I have worn glasses since I was 10-years-old so to be able to get up in the morning and look out of the window and see things clearly... is a weird yet wonderful, wonderful experience"

Going privately allowed things to move apace. During my first appointment at the Spire Hospital in Bushy, my consultant Jeremy Joseph, confirmed that I had cataracts forming and that the one in my right eye was indeed developing quicker than the one in my left, which in turn was leading to the distance-vision issues that I was experiencing.

Talking me through my options, it was decided that the best thing to do was to operate, remove the old lens and replace it with a glass lens. And my right eye would be tackled first.

Just one week after that initial consultation, I was in the operating theatre. This was a good thing, as I didn’t have much time to worry about it.

The operation itself was quick and straightforward. It was over in 15 minutes, and while you are awake for the procedure, you don’t feel a thing. I returned home the same day to recover.

For two weeks after surgery on my right eye, I took it easy and followed the advised recovery processes such as putting eye drops in four times daily to help prevent infection, sleeping with a patch over my eye so I didn’t unintentionally scratch the eye and not getting my head wet. 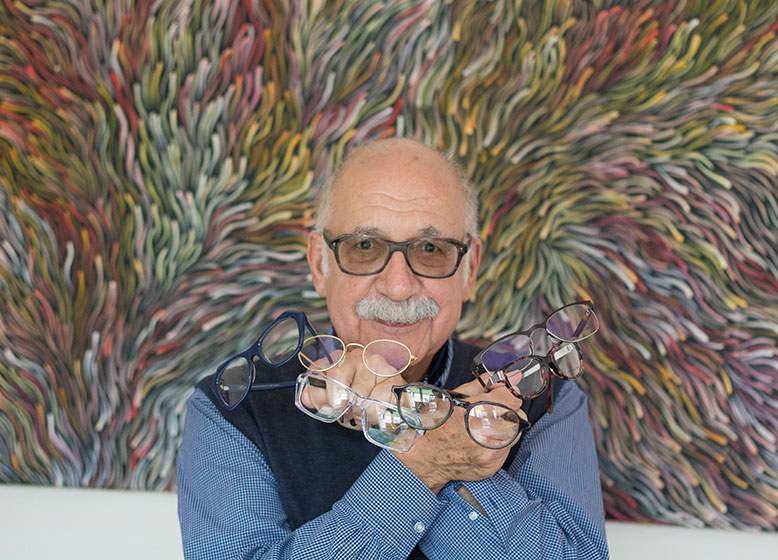 With no complications apparent, I returned to the hospital two weeks later for the operation on my left eye, which again went according to plan.

I understood before the operations that, while my vision would no doubt be improved by the removal of my cataracts, 6/6 vision was not guaranteed. Having now recovered fully, my vision may have not reached 6/6 perfection, but the surgery was indeed a success.

I have gone from being -6.00 to -6.50 to -0.25, which most people simply wouldn’t notice. However, being a perfectionist, I was aware that things were not as sharp as they could be.

Now that my eyes have fully settled after surgery, I’ll be going to the opticians for my final prescription next week.

I would recommend cataract surgery to anyone who needs it and reassure them that, while I was apprehensive at first, the odds of something going wrong are very slim. I’m very happy with the outcome and that’s the main thing.

I have worn glasses since I was 10 years old so to be able to get up in the morning and look out of the window and see things clearly, and then realise that I’m not wearing my spectacles is a weird yet wonderful experience.