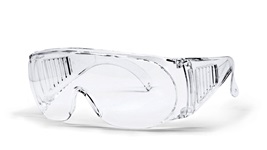 Retirement after nearly 40 years in the independent sector 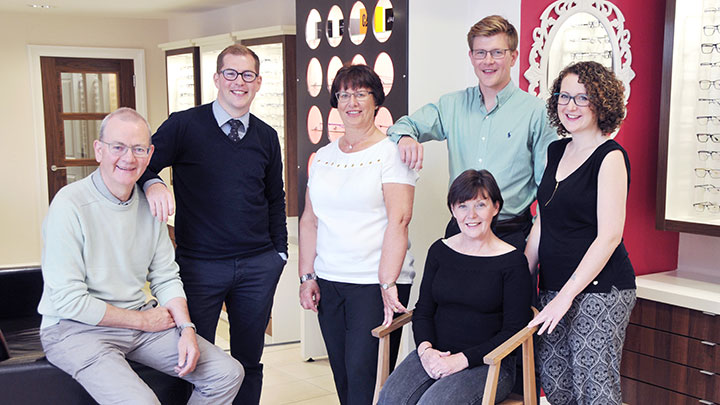 Practice owner and optometrist Colin Simpson (pictured), is retiring this month after nearly 40 years in the independent sector.

Mr Simpson built up the business of his practice Simpson Optometrist in Glasgow, for 30 years with the help of his wife, Morag. In recent years, their son, Douglas Simpson has taken over management and responsibility for the day-to-day running of the practice.

Their son also instigated a major renovation to modernise the practice. He was keen to complete the renovation before his father retired so that he could enjoy working in it but also in a bid to ensure the longevity of the practice.

In 2006, the Simpsons’ daughter, Sandie Simpson McGregor, retrained as an optometrist and has worked alongside her father for the past five years, taking responsibility for clinical management.

The Simpsons’ youngest son, Joseph, is also in the profession. He has worked in the practice as a dispensing optician and now works for De Rigo.

Colin Simpson graduated in 1974 from Glasgow College of Technology, now Glasgow Caledonian University. He first practiced in Stirling Hospital and as a locum in private practice. He established his own independent practice in Muirhead in 1977.

Mr Simpson remembers how he initially began testing in the front room of his house. Over the years he strived to provide the best service for his patients by ensuring he spent time with them, offered the best quality products and invested in new technology.

Many of his patients who came to him as children now bring their own children and grandchildren to the practice.

As well as running his practice, Mr Simpson maintained links with Glasgow Caledonian University and enjoyed supervising the final year clinics on a Thursday morning for over 30 years.

Mr Simpson was also involved in the initial diabetic screening service when it was first established in the Glasgow area and a pilot study, which involved forging better links between optometrists and ophthalmologists in Glasgow.

Now aged 65, Mr Simpson feels the time has come for him to retire.

Asked what he is most proud of, he told OT: “Surviving 39 years in independent practice, as they said we would all disappear by the millennium.”

“I am also delighted to see my family take over the business and continue to improve on what I have achieved,” he added.

Asked what practice life was like when he first qualified, Mr Simpson said: “In 1984, we were paid the princely sum of £4.50 for the eye examination. Many frames dispensed were the ‘NHS 524,’ and if you look it up today it's very fashionable in brown mottle and black. The children were spoiled for choice then – blue for boys and pink for girls.”

Turning to the profession as a whole, Mr Simpson said: “The professions of ophthalmology, ophthalmic optician, orthoptist and dispensing optician were well defined and there was none of the blending of roles we see today.”

However, he believes there is much better co-operation between ophthalmologists and optometrists today and there has also been the improvement in instrumentation, using Volk lenses and optical coherence tomography to help diagnose problems.

“There is greater knowledge as to how the eye works and how to prevent sight loss, particularly in age-related macular degeneration and diabetes,” he explained.

Asked what he is looking forward to when he retires, Mr Simpson reflected: “Retirement is a new first, like when you get married or have your first child or when they all leave home.

“Having your own business, you are used to running so fast and now I will have all the time in the world. I will play golf, read, walk, garden and can't forget the ‘gran weans’ (grandchildren) whose job it is to keep me young."

“I am also very good at sitting in cafes putting the world to rights and observing life. I will not be lost to the practice, popping in to see old friends and perhaps a cup of tea, maybe even the odd spot of consultancy,” he concluded.