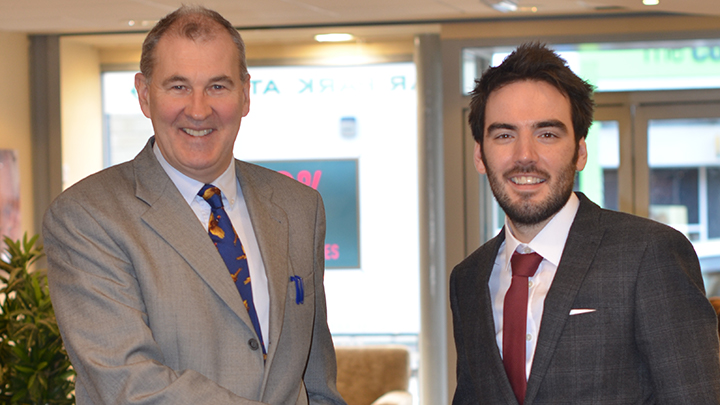 Optometrist Craig McArthur has been named as a new director and shareholder of Bearsden-based Scottish independent Peter Ivins Eyecare.

Mr McArthur (pictured right) has worked at the practice since it was established in 2010. Commenting on his appointment, he told OT: “Becoming a director and shareholder was planned before opening the practice as part of carefully premeditated succession planning.”

He explained: “This, in my eyes, is a win-win for both myself and the practice – it ensures long-term continuity for both our staff and our patients, and also secures my future career.”

Sharing details of the succession planning, optometrist and practice co-owner, Peter Ivins (pictured left), explained that the business used the HMRC-approved Enterprise Management Incentive scheme to appoint Mr McArthur as a director, which also allowed him to acquire shares in the practice.

Highlighting the importance of succession planning, Mr Ivins added: “[Succession planning] is something that all independent practice owners should consider and this system is a very good way of ensuring all parties involved get a win-win situation. I’m personally delighted that this has taken place and look forward to a great future for the practice.”