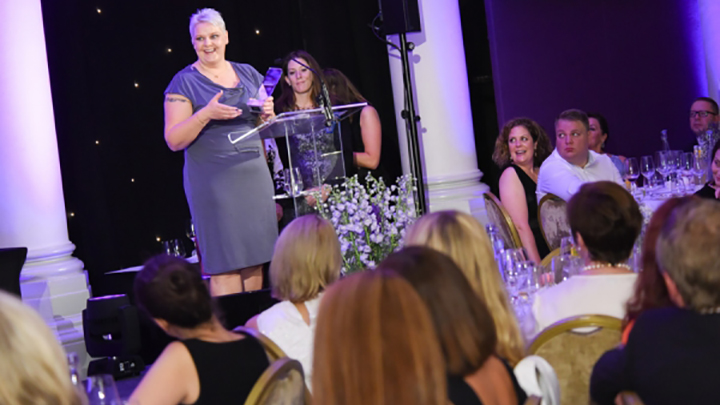 The retail director of a Specsavers practice in Northern Ireland has been named Retail Ambassador of the Year by Worldpay everywoman.

Leigh Nelson, who heads up a Specsavers branch in Newtownards, Northern Ireland, was selected from 12 shortlisted candidates and received the award during a special ceremony in London earlier this month which recognised the achievements of women at different stages in their retail careers.

Awarding Ms Nelson the accolade, judges commended her commitment to the 20 staff that she “actively mentors and encourages to progress in their careers by pursuing life-long qualifications.”

Ms Nelson has been store director at Specsavers Newtownards since it opened in 2001 and has achieved a £1.2m turnover for the store, with a 4% increase in sales year on year.

Commenting on winning the award, Ms Nelson said: “To be named as one of the 12 retail ambassadors for 2016 was fantastic in itself, but to be selected as the 2016 Retail Ambassador of the Year is such an honour.

“I would never have won this award if it wasn’t for the brilliant team in Specsavers. They make my job a joy – we are one team and I encourage them to strive to be the best they can be and to provide the highest standards of patient care and customer service.”

Co-founder of Specsavers, Dame Mary Perkins, added: “Leigh is an incredible inspiration and an amazing role model for other women who, like me, love their career in retail. I am so happy that her hard work serving the local community and enthusiasm for growing her team’s potential has been recognised by everywoman in retail.”