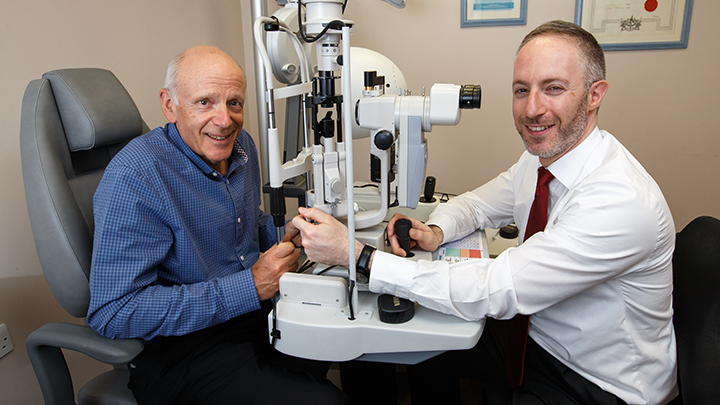 Mr Black steps down from his clinical role at the group’s Fenwick Road practice in Glasgow, but will continue to act as a senior clinical adviser for the opticians.

Mr Black began his career in a small practice in Glasgow and has seen Black & Lizars grow since its establishment in 1999 following the merger between two optical groups. Today Black & Lizars has 24 practices in Scotland and one in Belfast.

Reflecting on his career, Mr Black said: "I have been very fortunate over the course of my career to have had such dedicated and able staff, without whom the development of clinical excellence would not have been possible.

"I am immensely grateful to my original Black & Lizars co-directors, optometrists, ophthalmology colleagues and GPs who have been so incredibly supportive over the years."

Managing director of the group, Michelle Le Prevost, said: "Colin has always been in the vanguard of the quest for excellence in eye care services and his professionalism and dedication to his patients will be sorely missed. I am very pleased that we will still have the benefit of retaining his expertise within the company."

Mr Black's retirement was marked by a celebration at the Fenwick Road practice (30 August), which was attended by friends and colleagues, as well as a significant number of his former patients.