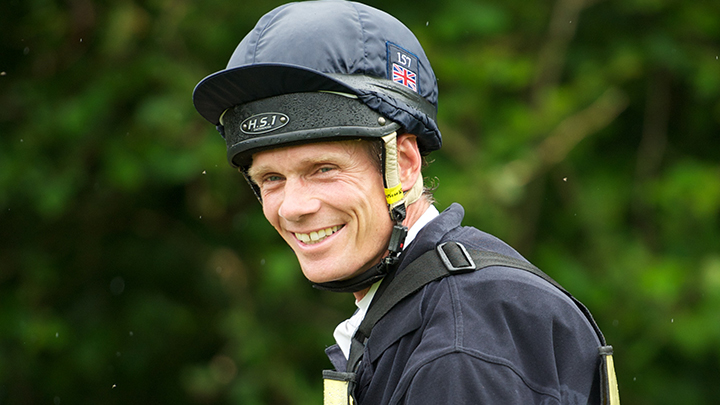 William Fox-Pitt, who has competed for Team GB in the Rio Olympics, has spoken about the impact of a fall 10 months ago, and how he worked with behavioural optometrist Geoff Shayler to help him restore his vision after the accident.

The British eventer had been placed in an induced coma in October 2015, following a fall in the World Young Horse Championships, but made a swift recovery which enabled him to be part of the team that finished fifth this week.

Having sought advice about his visual problems in late December from Mr Shayler, an AOP member,  based in Wareham, Dorset, Mr Fox-Pitt learned that his vision had been severely affected by the fall, with mild right bilateral superior quadrant defect and acquired left strabismus, resulting in a marked head tilt and turn to reduce his diplopia.

As a result of his visual difficulties, Mr Fox-Pitt found riding difficult, putting his place in the GB team at risk.

Mr Fox-Pitt, who has collected 20 major championship medals, including three Olympic team podium finishes and six European team gold medals as part of Great Britain's eventing team, said: “In the beginning I couldn’t see very well. My double vision and blurred vision made me feel very aware of my disability…I could ride on the flat, but jumping was tricky when one fence became four and you didn’t really know which one you were jumping until the last minute.”

Immediately after his visual assessment at Shaylers Vision Centre, the British eventer was provided with plano specs with binasal strips, which Mr Shayler explained, “immediately improved his visual comfort and reduced his eye turn.”

Mr Shayler explained that the therapy involved “working with the five ‘F’s: fields, fixations, focus, fusion and flexibility” at each session, as well as syntonic phototherapy.

Mr Shayler told OT: “This was a unique and satisfying challenge, with us having to modify many vision therapy activities for his very special needs including some activities he carried out on horseback  – not in the consulting room! We are really excited that his therapy has been so successful that he represented GB in Rio.”