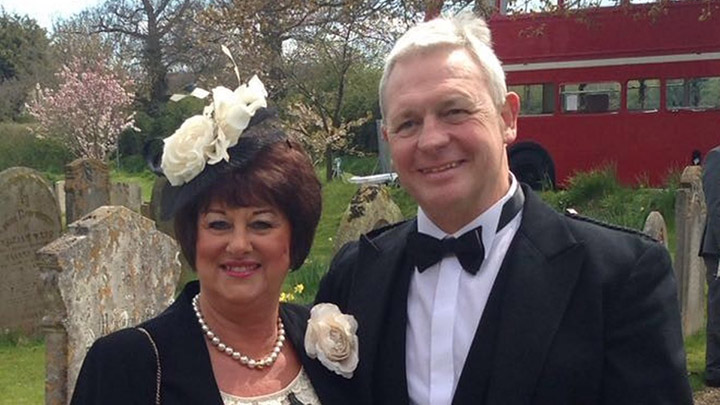 A retired police officer, who was diagnosed with a rare form of cancer following a sight test, is highlighting the importance of regular eye examinations and encouraging the public to have their sight tested.

At the age of 66, Ralph McMurray visited Wardale Williams Opticians for his first-ever sight test, during which the optometrist spotted a detached retina. After being referred to West Suffolk Hospital for further tests, which were subsequently sent to Moorfields Eye Hospital, Mr McMurray was diagnosed with ocular melanoma.

As a result of the condition, Mr McMurray has had his eye removed. Unfortunately, while the situation could have been a lot worse if it had been undiagnosed, there is still a 70% chance than the cancer will return.

Speaking about the sight test and diagnosis, Mr McMurray said: “I am so glad I went for that eye test as the cancer would have only got worse and I may not even be here now. I am so grateful for the treatment and care I have received from Wardale Williams and at the hospitals.”

He added: “I am now determined to do as much as I can to raise awareness of the importance of having regular eye tests. They are so important as they can pick up signs of so many potential illnesses. In cases such as mine, early diagnosis is crucial and the tumour would have been spotted much sooner had I been having regular eye examinations.”

Commenting on the case, senior optometrist at Wardale Williams Opticians, Will Norman, said: “It is admirable that the family now wants to raise awareness of the importance of regular eye examinations. We will be working very closely with them to ensure we spread this important message far and wide.

“Although eye cancer is rare, an eye examination can pick up signs of a great many other conditions including glaucoma, macular degeneration, diabetes, high blood pressure and cardiovascular disease.”

Mr McMurray’s family have raised more than £1600 for cancer charities Cancer UK and OcuMel UK, and are planning further fundraising activities in the near future.