Biscuits and gravy: a voyage

An experience of optometry in the US 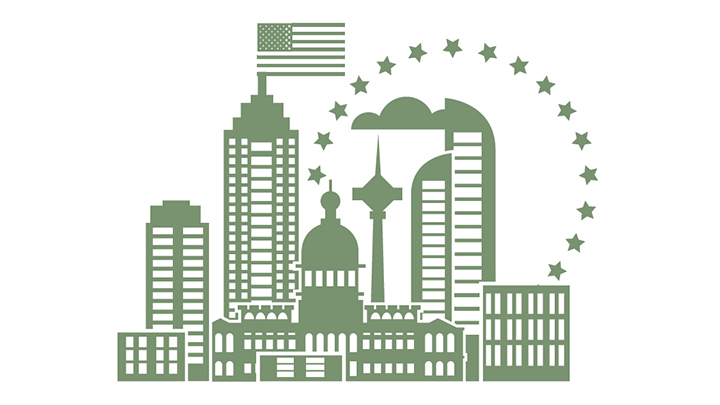 I consider myself very fortunate to have had the opportunity to attend SECO 2016, an optometry conference of American-supersize proportion, arranged by educational organisation SECO International. For four days, I got to fly with the best of the best at the Georgia World Congress Center, in Atlanta.

The Americans take their education very seriously, demonstrated by the likes of a two-hour binocular vision lecture scheduled at 6.30am. Fortunately, they are also good at making coffee.

SECO offers an enormous choice of education topics and, without exception, the quality of the lectures was high – ranging from gut bacteria to space-ophthalmology. There was also an exhibition, where I could explore contact lenses and other products yet to launch in the UK, whilst being infinitely more charming than I am back home simply by hamming up my British accent.

What is different about optometry across the pond? Optometrists in the US study for eight years, completing an undergraduate degree before taking an Optometry Admission Test in order to embark on a four-year optometry course at university.

The optometry course involves three years of lectures and laboratory work, followed by clinical rotations in hospitals and specialist clinics. After final examinations, they become a Doctor of Optometry, OD, ready to diagnose and treat eye disease, in much the same way as a therapeutic optometrist in the UK.

Although the demographic at the conference was weighted towards the male-of-a-certain-age, I’m told the optometry intake at university level is currently 70% female. Salaries are higher than the UK, but then so is the level of student debt.

Clinical practice tends to be separated from dispensing and sales. Where the two appear in the same location, the patient will often have to exit the premises and re-enter through a separate door to make a purchase of spectacles. If a patient doesn’t have adequate health insurance, the ‘eye doctor’ will have to take into account what the patient can afford when prescribing.

"After the conference, I felt a renewed sense of enthusiasm for my profession. I suspected I had been given a glimpse in to one possible future for optometry in the UK"

It struck me on my travels how clued-up the American public is about healthcare. The US border official who took my fingerprints at the airport knew what an optometrist was and told me about his LASIK, using the correct acronym. Ocuvite supplements are advertised on local radio and Restasis dry eye drops (not yet available in the UK) are convincingly advertised on TV, as are many prescription-only medicines. So, I imagine, the patient presents to the clinician and makes a case for the medicine they’ve seen in an advert. I’m not sure if this makes it easier or harder for the clinician though.

Yet American optometry seems to have many of the same threats as we do in the UK – online sales of contact lenses, dispensing practices offering spectacles for a measly $7(USD), low uptake of young children’s eye care, and ophthalmology and optometry jostling for position as optometrists expand their remit. However, an ageing population and approval of new treatments mean there is plenty of work to go round. In some states, optometrists perform injections and laser treatment for anterior eye conditions.

After the conference, I felt a renewed enthusiasm for my profession. I suspected I had been given a glimpse into one possible future for optometry in the UK. I admit to regarding America with envious eyes and have since drawn up my plans to become an independent prescriber.

I highly recommend a trip to SECO 2017, from 1–5 March, held again in Atlanta. If you’re an AOP member, do let the Association know if you’re going as we may be able to help with CET points and put you in touch with other UK delegates. As international delegates, we were extended a very warm welcome and little was lost in translation. Oh, except biscuits and gravy for breakfast – I’ll let you do your own research on that.

Closer to home, the AOP will be partnering with SECO International to present the Therapeutics London Conference in Bloomsbury on 25–26 September.