Independent saves the sight of patient 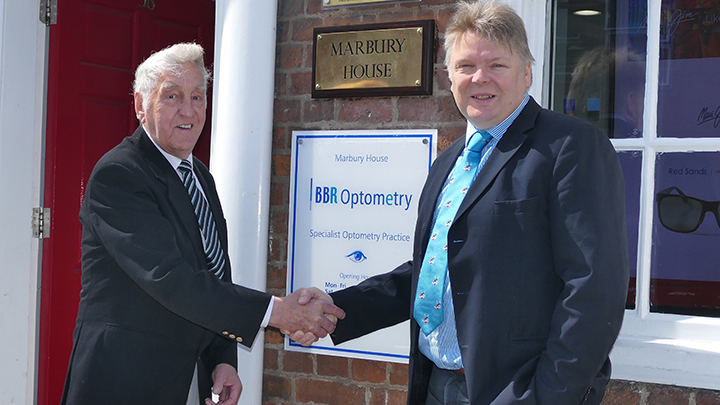 The sight of a Hereford man has been saved following the swift action of an independent opticians that referred the patient for emergency treatment following the diagnosis of a vascular blockage.

A patient of BBR Optometry for over 12 years, Donald Thomas telephoned the practice after experiencing sudden loss of vision in his left eye. Despite being seen by a GP and referred for a blood test, optometrist and owner of BBR Optometry, Nick Rumney, shared the patient’s concerns. Deciding that Mr Thomas was at a high risk of experiencing a stroke, he was referred to the Amaurosis Fugax Pathway at the local County Hospital for treatment.

Seen by the vascular team within 48 hours, who confirmed the suspected vascular blockage, Mr Thomas underwent an immediate carotid endarterectomy, and has since made a full recovery.

Sharing the experience with OT, Mr Thomas explained: “As a long-term patient at BBR Optometry, I have always been impressed by the high level of service and care provided. Although I had seen my GP, I still felt concerned with my temporary loss of sight so contacted the practice for advice."

He continued: “Nick agreed that my concern was justified and after discussing other symptoms, he advised he would refer me to the County Hospital to have a scan for a vascular blockage. The scan confirmed his suspicions and, as a result, I was treated as quickly as possible. Now having made a full recovery I am extremely grateful to Nick and will be ever indebted to him for acting so quickly."

BBR Optometry has a strong working relationship with its local County Hospital, which has gone from strength to strength since August last year when the practice extended the number of daily emergency appointments it can take under the PEARS scheme. The extension of appointments is designed to relieve the pressure on busy GP surgeries and the Victoria Eye Unit, based in the County Hospital’s A&E department.

Speaking about the case, Mr Rumney commented: “Although I did not examine Mr Thomas in person, I had a pretty high suspicion of what had caused his sudden loss in vision and did not want to waste any time in ensuring he was treated.”

“Luckily BBR boasts an excellent relationship with the County Hospital and Mr Thomas was able to undergo a vascular scan and treatment within a matter of days."