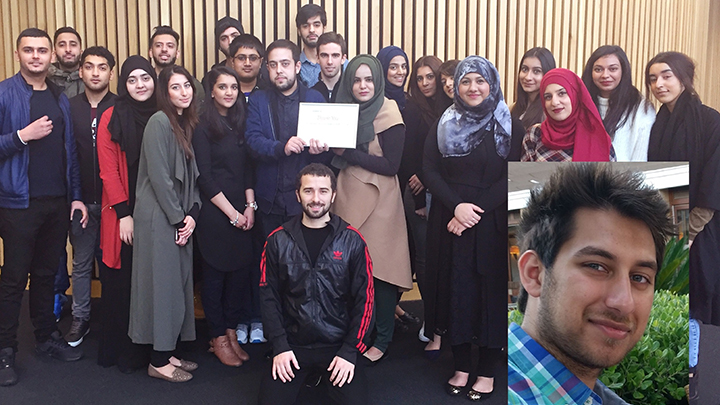 A Nepalese water-well will soon commemorate a Bradford College student, Suresh Ram, who was studying for a degree in ophthalmic dispensing, when he died suddenly at the age of 21.

Mr Ram, from Wolverhampton, died in his sleep of natural causes during the last summer holidays.

His college friends wanted to do something positive in his name and after raising £300 have been able to pay for a well that will bring life-saving clean water to people in Nepal through the charity Penny Appeal.

Zain Ali, who was in the student’s class, said: “Hopefully by doing this in his memory, we not only help the people in Nepal, but also show his family he was an important person to his follow students and the college. As a friend he meant a lot to us all.”

Classmate, Aneeka Naz, added: “Suresh was one of a kind. He touched everyone's hearts. We all miss him very much. As a class we wanted to do something to remember him by and pay our respects.”

Fellow student, Junaid Patel, said: “Suresh was a big character in class and we wanted to do something to represent him and the friendship everyone had with him.”

Another friend, Aroosa Tanwir, added: “I feel proud to do something so honourable in memory of Suresh. I hope the well benefits many people in the near future and I am sure this is what Suresh will have wanted.”

The well is currently under construction and should be completed by the end of April.

Pictured are Bradford College classmates of Suresh Ram (inset) with the certification for the water-well in Nepal.