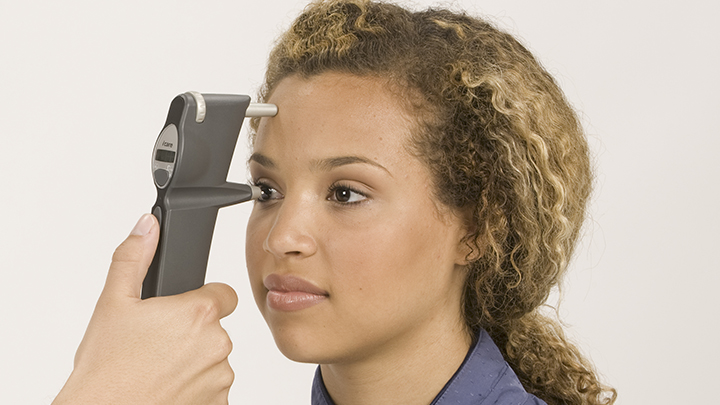 I first came across the iCare when visiting a friend’s practice, where test room space was limited.

He showed me a small, hand-held device, which gently bounces a small probe off the cornea without the need for drops. I looked at the tiny tonometer sceptically and raised an eyebrow at his enthusiasm for it.

Now, having used one in practice for four years, I’ve realised how many advantages it has over other methods of measuring intraocular pressure (IOP). The Goldmann applanation tonometer (GAT) remains the gold standard for IOP measurement, but there are so many patients, you just can’t get on a chin rest.

The iCare tonometer is great for domicillaries, children, dementia patients and those who are intolerant or allergic to anaesthetic drops. The small probe means your greatest lid-squeezing patient is no match for it. However, you need to keep on top of ordering probes at around £1 each.

As for accuracy compared to GAT, the iCare tonometer overestimates IOP,1 with this bias widening at higher readings.2 One study looked at the effect of angular and lateral misalignment and found the iCare insensitive to small misalignments, so you can confidently get around a corneal scar.2

The reason I love the product so much is the reaction from patients, or lack thereof: with the iCare there is no fuss. If there is one part of the eye examination that patients remember, it is the puff-of-air: and I enjoy their relief when they hear it’s not necessary. In fact, the iCare reading seems to make so little an impression that they often forget and expect a puff-of-air again the following year.